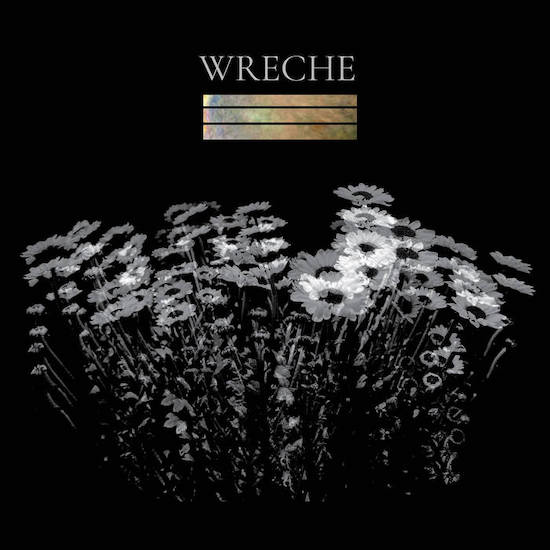 Almost four years ago we had the pleasure of premiering the self-titled debut album of Wreche, a now-Oakland-based project with a distinctive approach to black metal, in which John Steven Morgan‘s kaleidoscopic piano performances took the place of guitars. It was an inspirational album that twisted and expanded the genre’s musical antecedents in eye-popping ways, creating music that was adrenaline-triggering, mind-bending, and utterly fascinating.

And thus it was an exciting development to learn that Wreche had completed work on a second full-length, and equally exciting to be invited to premiere its first excerpt, which we’re now about to do. The name of the album is All my dreams came true, and it will be released on May 14th by Handsmade Records. The name of the song we’re presenting today is “Scherzo“. 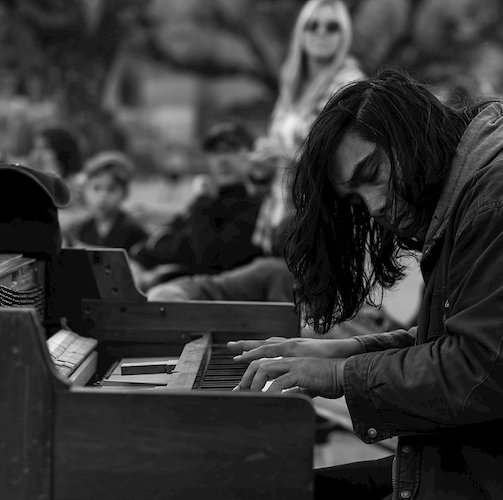 On this new album, unlike the first one, Wreche has incorporated synthesizers (including certain well-placed symphonic elements as well as ambient textures), and has given a more prominent place for vocals, thus expanding the depth and textures of sound as compared to the debut, all for the better. The results are, in many ways (often unexpected ways), otherworldly — and devastating.

“Scherzo” appears second in the running order among the new album’s seven tracks, and perhaps as a way of introducing the record it makes sense to explain what comes immediately before and after it, along with some hints about what else the record holds in store for listeners.

The record opens with the astonishing “Mysterium“, which greets the ears with hammering drums, thundering low frequencies, storming abrasion, scalding screams, celestial ambient waves, bird-like twittering tones, and rippling piano keys whose effervescent sounds are inviting but also a bit distressing in their frenzies. The music becomes lush and lunar, rumbling and ravishing. In the middle, the thrilling rush subsides, allowing the piano to seize the solitary spotlight until the synth flares like a spectacular sunrise and the drums begin to batter and thunder again, with the piano again wildly darting in ebullience in the midst of a great spectacle of sound.

After that breathtaking album opener, the mood of “Scherzo” is, by contrast, demented. The vocals are again scorching, and the piano whirls in discordant derangement as the synths scream and contort like a hoard of wraiths driven mad. Long groaning sounds in the low end sound like foghorns in a poisonous mist, and the rapidly changing drum patterns are brutish and assaulting. The impact of the experience (which is augmented by powerful symphonic horns) is harrowing, a constant coiling of tension and peril, a searing portrayal of fear and madness. Even when the drum rhythms become more measured, the sounds are unnerving and even hallucinatory. There are elements in the track that are strangely beckoning, though you know that where it wants you to go is into a maelstrom of danger.

What immediately follows “Scherzo” is “In Agony, to the Earth – and Heaven“. After the magnificently devastating experience of “Scherzo”, the piano instrumental that begins this track is more subdued — but deeply ominous. When the drums arrive they sound like the rapid pulse of anti-aircraft cannons; the vocals are terrifying; and the piano arpeggios dance like a lone dervish in an asylum for the insane. Shimmering astral cascades surround the militaristic percussion and the weird keyboard refrains, creating a sense of wonder around the pugilistic drive and the repeating piano arpeggios (which become sorrowful and mesmerizing when the percussion vanishes). At the end, a collage of electronics generates an even more alien and mysterious atmosphere.

And there’s still so much more to come in the four tracks that remain — zeniths of unhinged violence, visions of cosmic magnificence, twisted psychedelic dreams, episodes of spellbinding seduction and mountainous grandeur, moods of loneliness, pain, anguish, grief, and perhaps hints of hope — all of it dynamically delivered in both rich, near-overpowering tapestries of sound and also through focused but stylistically varied piano soloing, which is sometimes soft and simple and sometimes clamorous and jaw-dropping in its virtuosity.

The album will keep you perched on the edge of your seat, because you won’t see the changes coming, and the changes are manifold (and include wailing singing as well as those vicious shrieks). It’s a frequently unsettling journey, but an endlessly fascinating one, and it’s very easy to get lost in all its remarkable variations over its hour-long length. If you thought Wreche’s debut was a rare head-spinner, this new album is even more impressive. 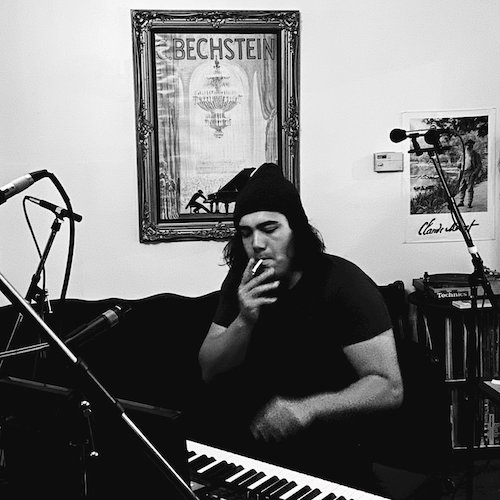 To repeat, All my dreams came true arrives on May 14th via Handsmade Records, who will provide vinyl and sheet music, and a cassette tape release will be forthcoming from Acephale Winter Productions.

On the album John Steven Morgan wrote the music and was responsible for piano, drums, vocals, synthesizers, and lyrics. Crosby Morgan (Leandrul) is credited for the chorale on “Severed”, and Barret Baumgart performed live drums on the same track. The record was recorded, mixed, and mastered by John Steven Morgan at Studio 459 in Oakland,CA.

4 Responses to “WRECHE: OUR PREMIERE OF “SCHERZO” AND A REVIEW OF “ALL MY DREAMS CAME TRUE””