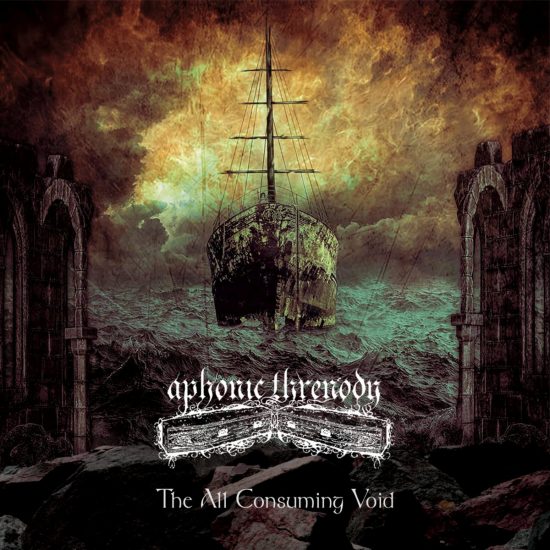 Margaret Renkl wrote two days ago in The New York Times, in an essay about poetry: “[I]sn’t our own impermanence the undisputed truth that lurks beneath all our fears and all our sorrows and even all our pleasures?… Carpe diem is the song the poets have ever sung, and it is our song, too”. And then she quotes lines from “The Kingfisher” by the late, great Mary Oliver: “I think this is / the prettiest world — so long as you don’t mind / a little dying.”

Ah, but as Hamlet mused, there’s the rub: There’s always the dying, and we know not what dreams may come in the sleep of death, or if any will. Which brings us to the musings of vocalist Daniel Neagoe that accompany the new album by the funeral doom masters Aphonic Threnody, The All Consuming Void:

“There is darkness everywhere, in the serenity of our thoughts, deep encompassed into our very beings, on the endless canvas of our dreams. There is darkness inside the soil beneath our feet and in the heavens above us. A fading, tenebrous gloom enshrouded in suffering and mist, in the coming of time to pass once more guiltless and ignorant. There is a void, all-consuming and ruthless, an emptiness which expands to the very core of our souls, imploding, thundering and monstrous. An impending prophecy that stands the sands of time.” 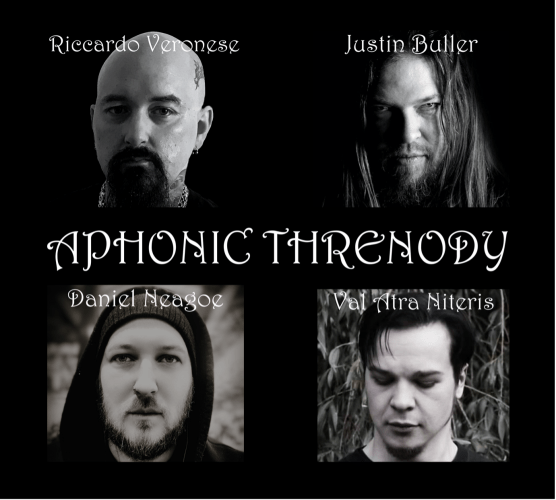 He continues: “Restless, oblivious to humanity, like a disfigured deity who casts one last curse upon the world whence it came from. A mutilated and distorted rendering of what seemed to be the honesty of sentiments, the clad in ashes grey, the veil of sorrow and pain. A room filled with the stench of disgust and greed, breeding a venomous drive to eradicate and subjugate all positivity in the world. That is what we are. A void, consuming until there is nothing left. A void taking the shape and form of eternity, for eternity’s dust has already settled over our atrocity: life.”

And so, in this telling, it is not merely death that shadows all our days, but the ruin humanity so often creates for itself. 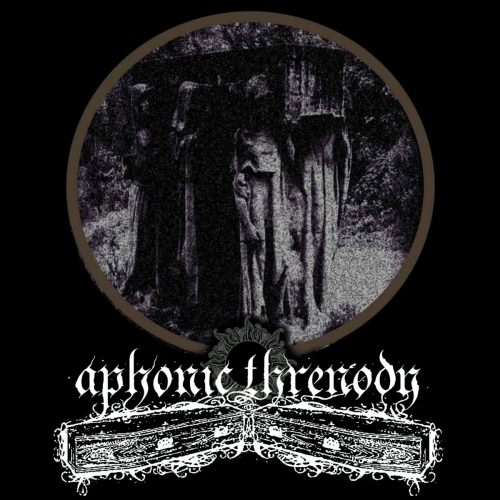 The song we’re presenting today, “Chapel of the Dead“, is a tremendously haunting meditation on such concepts, one in which the minutes are so engrossing that they seem to pass like seconds.

Sensations of gloom and grief radiate in waves from the craggy chords that ring in dismal tones above the slowly pulsating rhythms, as Neagoe‘s vocals well up from subterranean depths. But almost as soon as the music begins, it vanishes, and something new begins — a mesmerizing guitar harmony that softens the music’s doleful weight. It continues to glimmer like starlight when the music’s crushing heaviness returns. A beseeching feeling, a feeling of yearning, comes through in the outstretched arms of the rising chords, but the lead guitar’s wailing tones also begin to channel heartbreak and desolation.

Another break in the music follows, in which funereal organ tones waft around the crack of distant thunder, and a somber piano melody draws the listener into a new spell. The drums return in a slow pounding cadence, and the music moans and cries again, joined with the harrowing wretchedness of Neagoe‘s cavernous growls. When choral voices rise up to carry the melody in the final minutes, the grief in the music becomes an ethereal and entrancing presence.

The video that accompanies the song presents a moving collage of imagery that well-suits the sensations of sound and mood.

On this new album the band’s founder Riccardo Veronese is joined by new guitarist Justin Buller, who are featured together on guitars. In addition to the vocals of Daniel Neagoe (Clouds), the album also includes the performance of Val Atra Niteris (Frowning) on live drums. It was mixed and mastered at Serpentine Music Studio, Norway.

The All Consuming Void is made up of 5 tracks with over 60 minutes of pure Funeral/Death Doom. It will be released on April 23rd on CD and digital formats, along with apparel and in assorted bundles, all of which can be ordered now.

Below you will also find a stream of the previously released track “Restless“, which is further proof (if further proof were needed) of the album’s wholly immersive and mood-altering power. It’s even more emotionally traumatic than the song we present today, and well worth the time it will take you to sink beneath its dark and menacing waves.