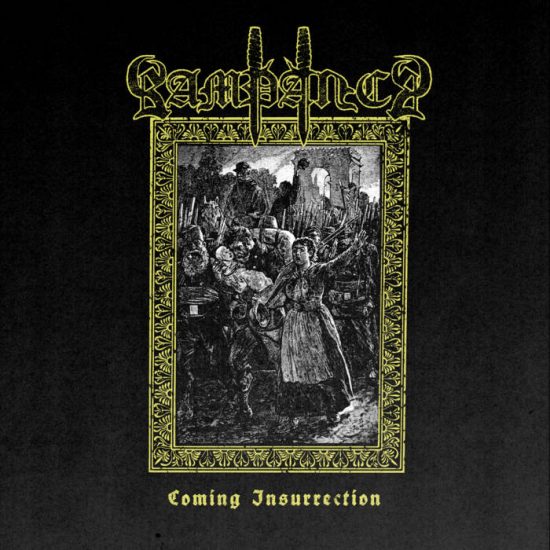 (Nathan Ferreira brings us this review of the new album by the black metal band Rampancy from London, Ontario, Canada — out now via Mutual Aid Records.)

It’s not often I get the chance to write about music from my neck of the woods, much less black metal – London, Ontario’s got a passionate but small metal scene for a city with a population of almost 400,000, and generally the inhabitants are more partial to thrash, groove and melodic death metal, as is evidenced by most of the bands that come out of here. Some examples of the more widely known ones: Kittie, Baptized in Blood and Thine Eyes Bleed. It’s not known as a well of growth for the more extreme tendrils of the music I crave constantly.

Amidst this nebulous and fragmented landscape, there’s been one constant consistently cranking out noisy, despondent extreme music for almost a decade now: Preston Lobzun, a.k.a. Oculus Tod, the sole curator and musician behind all of the instruments you hear on Rampancy’s third full-length album, Coming Insurrection.

Oculus has a handful of different projects he contributes to, most notably Saudade and Odol, and has piled up dozens of releases to his name, in addition to recording and mixing credits for countless other bands – but Rampancy is his only solo venture, and you could make the case it’s what he saves his most groundbreaking ideas for. 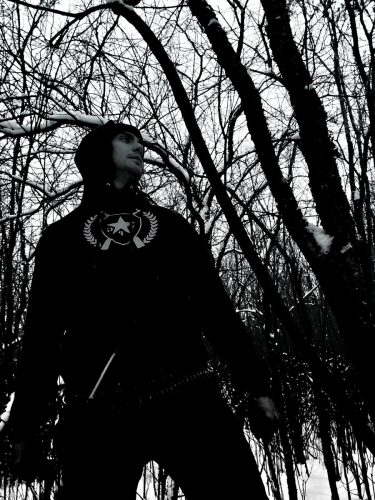 Rampancy pulls no punches in being an anti-fascist, anti-NSBM aligned project, and you can hear this captured in the music: though the vocals (and by extension the lyrics) are indecipherable and distorted to all hell, a sense of fury, rebellion, and a feeling of being called into action to take a stand makes its way into the more discernible melodies of songs such as “Miscreant” and “National Disgrace”.

Although Absurd is obviously not an ideological influence at all, I happen to know that Oculus has a bit of a guilty-pleasure appreciation for Absurd’s music, and some of that shines through in the simple effectiveness of the melodic delivery. Perhaps a more dissonant, bitter version of Dawn Ray’d would be a suitable description at times as well, minus some of the folk influence.

That’s merely a building block in the fuller structure of Coming Insurrection, which takes the black/punk foundation Oculus tends to prefer in his many creative outlets and slathers it in several layers of noise and murk. The drums are nearly completely caked in cymbal haze, which itself swirls in and out of the foreground that the guitars dominate.

It’s the kind of stripped-down, primitive approach that novice black metal bands everywhere adopt, but typically the harsh production is more out of necessity, whereas with Rampancy, the swirling distortion is very calculated and intentional – remember, Oculus has formal education in audio engineering and years of experience recording and mixing other bands, mostly in live-off-the-floor settings, a perfect environment for someone to hone their skills in making music that hurts your ears in the best way possible. 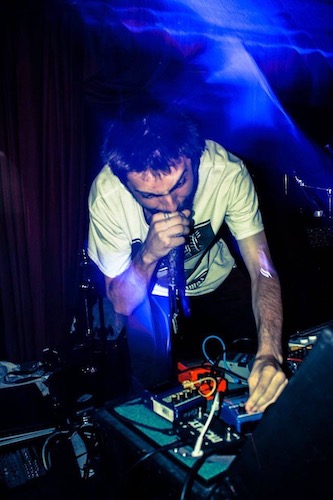 To properly supplement the discordant dirge, the music alternates between more uptempo black/punk and plodding, doomy marches that reflect our seemingly endless struggle for triumph and change. Guitars are definitely the instrument Oculus displays the most natural skill with, but the drums play a big role in merging these two sides of Rampancy. There are just enough fills and cymbal variety to add an additional layer of depth, difficult as it can sometimes be to hear.

It’s part of the fun, though: You sift through to hear the kicks like a needle in a haystack during the fast parts, and wade through the layers of static fighting for dominance during the more turgid and trudging moments. This isn’t music for people who want to hear something they can chill out to, but that was never the intention. This is an unsettling yet infectious call to summon whatever energy you have left in desperation to try and create a better world, bleak as it may seem.

Coming Insurrection was released on February 12, 2021 through Mutual Aid Records, Limited cassette copies are available via bandcamp. Rampancy will appeal to fans of artists such as Satanic Warmaster, Darkthrone, None, and Iskra.

One Response to “RAMPANCY: “COMING INSURRECTION””