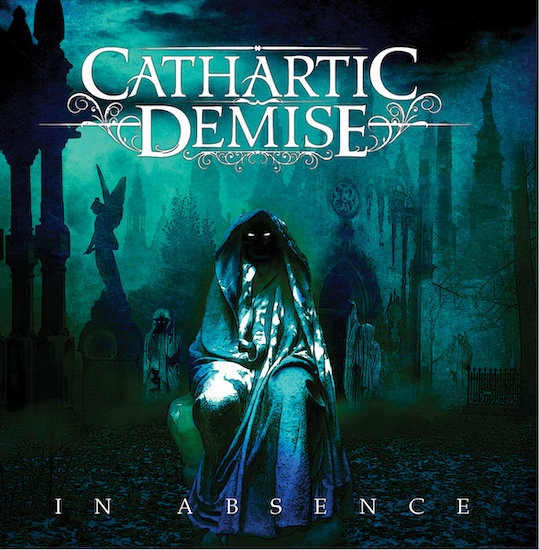 (We present Nathan Ferreira‘s review of a new album by Canadian melo/prog/death thrashers Cathartic Demise, which is being released today.)

It takes a special thrash album to capture my ears. Quite frankly, it’s the genre of metal I tend to lean towards the least, as much as I do appreciate a few select albums and the overall importance of thrash’s contributions to the greater pantheon. If I had to boil it down to one reason, it would be because of how restrictive the genre is – the formula for the riffs and songwriting set in stone, trapped to the confines of its rock base, despite pushing it to the absolute limit.

The thrash groups I do find myself coming back to are the ones that are heavy and punishing enough to verge on my comfort zone of death metal (early Sepultura, Demolition Hammer, Sadus) or fringe bands that incorporate weird outside influences (Voivod, Skeletonwitch and Atheist). And now, it seems that right up the road from me in Kitchener, Ontario, Canada, a new band of up-and-coming youngsters can be added to that short list.

Cathartic Demise lean more to the progressive, oddball side of things, with clear nods to tech thrashers like Artillery, Heathen and Forbidden in the finger-twisting guitarwork, delivered with a sharp precision and showcasing incredible focus and musicianship out of these young 20-somethings. This is by no means just another ’80s throwback album, though, with a modern sense of genre blending and everything-and-the-kitchen-sink songwriting.

Each song has at least three sections that are the kind of fully developed musical sentences that most bands don’t even bother to write anymore. Just when you think the riff can’t get any better, they throw in a bass lick or a quick little stutter shift to kick it up a notch and then effortlessly string you into a catchy chorus or jaw-dropping solo.  The huge upward drives make every riff barge in with a swagger like it thinks it’s the absolute best piece of guitarwork that was ever conceived, and every single song always tries to be as grandiose and epic as possible within the tried-and-true template – this band oozes charisma and the exact attitude you need to make thrash.

When I don’t typically gravitate to a genre (as is the case here), every single musician had better be doing something worth listening to or I’m not going to pay attention for very long. Vocals in particular are a make-or-break thing, and Bennett Smith’s enunciated yell worms its way into your consciousness. The dexterity and tightness behind its delivery makes up for the lack of super-chunky gutturals I am accustomed to. 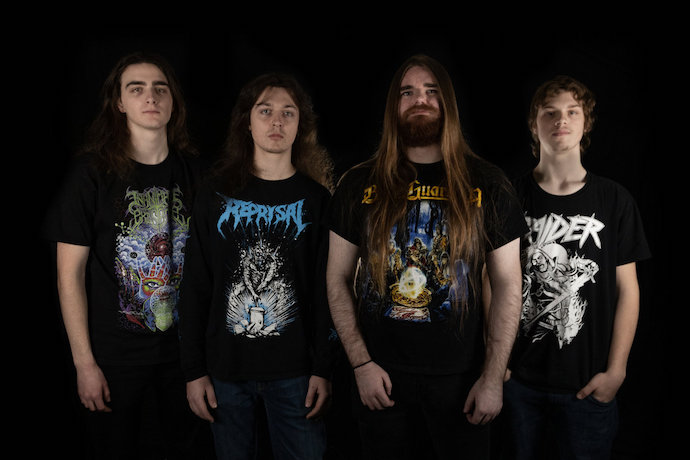 The fact that Smith’s doing double duty on guitars means they frequently take a backseat to the adventurous guitar leads and soloing, mostly serving as a meaty sauce overtop the verses, which is exactly where they fit. Oh, and drummer Angus Pike is a freakin’ beast! He’s got some razor-sharp kick work and a great sense of exactly when to throw in a nice ride beat, in addition to having one of the most metal-sounding names in existence. Who needs a stage name when you sound like the lovechild of Angus Young and Matt Pike?

While thrash is already a young man’s game, it could be argued that the more long-form, progressive approach that Cathartic Demise takes with their songwriting is an approach that requires more tact and maturity.

There’s just a lot more ways you can go wrong, all of which this band managed to overcome – the production’s got to be done well and not have any glaring issues with the sound (check), the performances have to be much tighter in addition to being much more diverse (double check), and among all that, you’ve gotta give me a couple hooks or catchy leads so I have a reason to come back amidst all the meandering (triple check).

At any given time, at least one musician is doing something worth paying attention to, and they’ve got a great back-and-forth and pick the right times for each one to take the spotlight – there’s a great sense of camaraderie beneath the youthful fury, gives you that “high school battle of the bands” vibe, only it’s after five years when they’ve had time to tighten up and actually kick ass now. These kids are on to something really special, and given that none of them are old enough to even have any concrete memories of 9/11, this feels like it’s just the beginning.

In Absence was recorded in 2020 at HM Studios in Waterloo, Ontario by Jonah Kay and was mastered by Jamie King. The album is highly recommended for fans of early Testament, Heathen, Skeletonwitch, Revocation, Cryptic Shift, and Municipal Waste. The album comes out everywhere on April 9, 2021 — today!