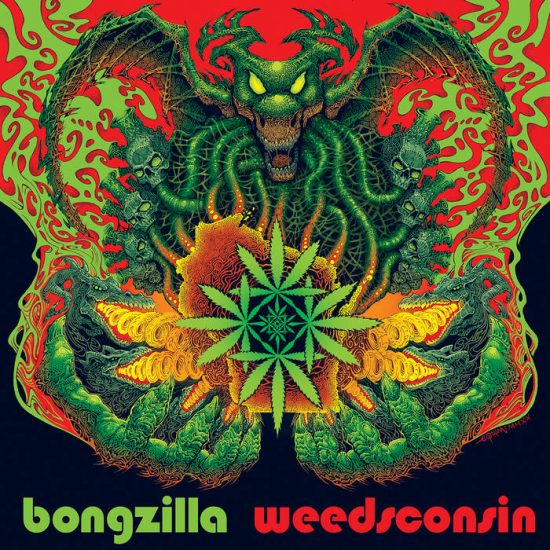 (We present Gonzo’s review of the new album by Bongzilla, which was released on April 20th by Heavy Psych Sounds.)

Unlike a fine wine, weed doesn’t age well. Even if you keep it stored at just the right temperature, it’ll lose its potency and flavor at around six months to a year. This is quite obviously a bummer and just proves you should embrace the moment and roll up that joint you were going to smoke. Do it quick, before you forget what you were gonna d… wait, what were we talking about again?

Ah, right. It’s been 16 years since we’ve heard anything new from stoner metal mainstays Bongzilla, but as they fire up the amps and pack a fresh bowl for Weedsconsin, they’ve proven that they’re far more resilient than the ephemeral shelf-life of their favorite substance. 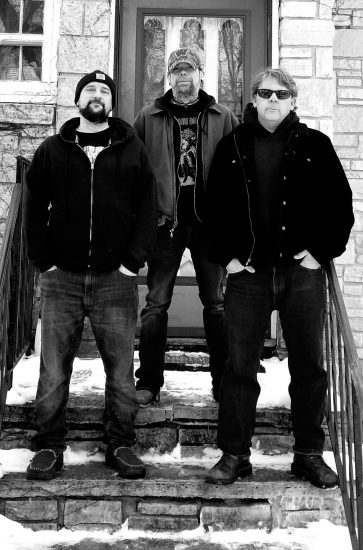 Nothing heard throughout Weedsconsin is going to surprise anyone; the band has stuck to their acidic doom/sludge formula like resin that refuses to be scraped off the bottom of a pipe. Vocalist/bassist “Muleboy” sounds like he’s gargling bongwater as he snarls his way through opening tracks “Sundae Driver” and “Free the Weed.”

This album sees more of the Madison-based trio slowly moving from noisy, venomous jams to thick, smoky grooves – often during the same song. You can almost see the smoke rising from a bong the size of the Eiffel Tower as Muleboy and his bandmates Magma and Spanky churn out the interdimensional trip that is “Space Rock.” (Fun fact: Listening to “Space Rock” followed by Clutch’s “Spacegrass” and Deep Purple’s “Space Truckin’” will summon the weed antichrist. Don’t blame me, it’s science.)

And now that 17 U.S. states have legalized marijuana, there might not be a better stoner metal anthem than “Earth Bong, Smoked, Mags Bags.” I don’t know how high the band was when they came up with that title for a song, but what I do know is it’s a 15-minute tribute to people who are also that high. I’ve got it blaring through my speakers right now and I swear to god I’m too baked to work now. That, I’m sure, was the point. Alas, this brings a new meaning to the term “high art.”

If there’s any complaint whatsoever to be found here, it’s that Bongzilla pull one of my pet peeves on Weedsconsin – the dreaded interlude track that clocks in at under a minute (“The Weedeater”). Not an offense that’s uncommon in albums spanning the musical spectrum, mind you, but with only six tracks on this one, I’d like to think space is at a premium. This is also where I prefer sativa to indica, but that’s another story.

All told, it’s kind of amazing that Bongzilla manages to sound like their vintage “Amerijuanican” selves well into their fifties, but I’d argue that the health benefits of regular weed ingestion also include this level of creativity. Just say “no”? Yeah, fuck right off, Nancy.