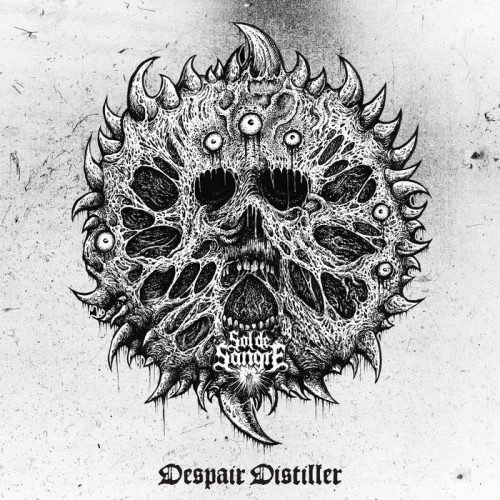 On April 30th this killer Colombian band released a new EP named Despair Distiller, and I’m way late in crowing about how really fucking good it is. Better late than never, I hope! 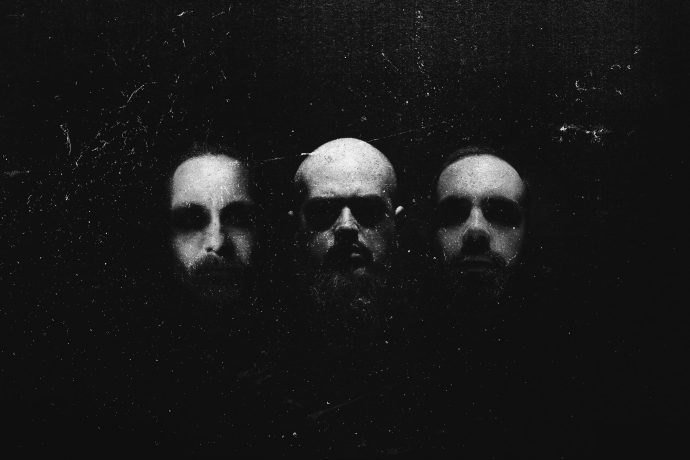 I’m not sure how much more I can say than I’ve said before about what good song-writers these gentlemen are, but it’s on display again here. After practicing a bit of beguiling musical hypnosis in the introductory instrumental, they deliver three tempo-dynamic tracks that are packed with massive, head-hooking riffs, which create sensations of magisterial menace, blaring derangement, circle-saw viciousness, and racing mayhem. They accent these changing sensations with an equally dynamic range of guitar solos that are exotically seductive and exquisitely fire-bright (credit for the scintillating solo in “Noise and Bile” goes to Masacre’s Juancho Gomez).

And let’s not forget the sheer visceral power of the rhythm section’s work, which shifts the momentum from methodical, pile-driving brutality to piston-like hammering and hell-for-leather gallops, or the savagery of the vocals, which themselves veer from livid howls and growls to throat-tearing screams and cavernous, blood-freezing roars.

Put all that together and you get a highly infectious EP that’s a blast to hear and revisit — from a band who still don’t get the level of attention they so richly deserve. 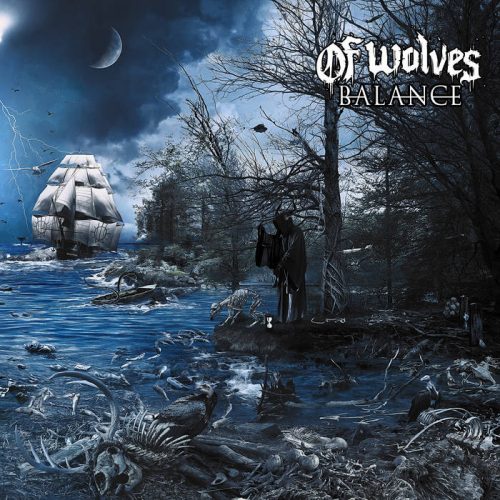 About 17 months ago we premiered a video for “Balance“, the title track off a then-forthcoming new album by this Chicago band. It was subsequently released in July of last year by Trepanation Recordings — and it’s a hell of a thing, a multi-faceted and emotionally intense experience you shouldn’t miss if you haven’t already let it occupy your headspace.

The recently completed Roadburn Redux festival featured a premiere of a new video for that same track, “Balance“, with an alternate vocal mix. The track features guest musicians Alison Chesley (Helen Money) on cello and Jim Staffel (Yakuza) on timpani/kettle drums. The band told Roadburn: “The song Balance is about release. About love, life and loss. Personally, we think there is nothing heavier than that.”

The music is damned heavy too. It’s an alternating sequence of sensations. In one stage, haunting but hypnotic guitar reverberations and wailing strings ring out over ritualistic but head-moving beats. In the other phase, the music becomes significantly more pulverizing, cruelly pounding in a cycle of bludgeoning bleakness — but it’s the raw, unhinged vocal intensity (a mix of terrifying screams and vicious growls), augmented by searing, anguished arpeggios, that make these more demolishing phases truly harrowing. The accompanying video for the song is as dark, haunting, and scary as the music itself.

I’ll add that I’ve learned Of Wolves plan to make a very special vinyl release of Balance on July 4th. We’ll keep an eye out for when pre-orders open up for that. 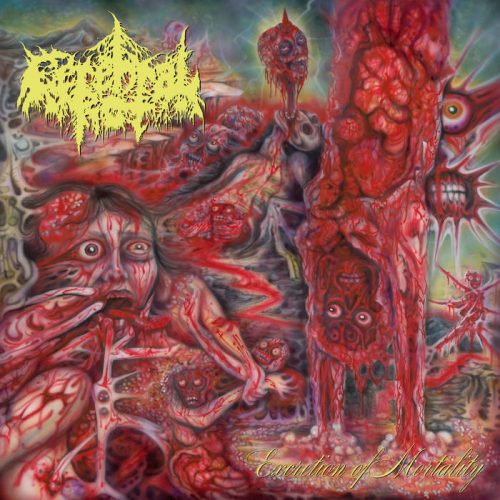 I see the name Cerebral Rot and I immediately feel like taking a shower with lye soap, knowing that it still wouldn’t make me feel clean. 20 Buck Spin gets that too. Of the band’s new album their publicist wrote: “Before leaving Jack Endino’s Soundhouse Studio in Seattle permanently uninhabitable for the next 500 hundred years, the pungent bubbling mess they set to tape on Excretion Of Mortality lingers there, and everywhere, like a malodorous putrescence at the crossroads of the excremental and the existential.”

The song that emerged not long ago, “Bowels Of Decrepitude“, is a juggernaut demolition machine belching toxic fumes, all gears grinding and screaming, with a monster at the controls who bellows commands in truly abyssal gutturals. Along the way, this rampaging machine runs into a tar pit, and shrieks and moans as it attempts to extricate itself, but somehow still manages to shake the earth as it does so.

Excretion Of Mortality will be released on June 25th. 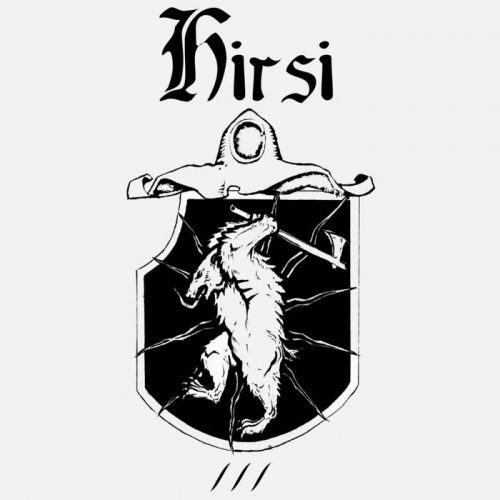 “:I: The Fighting Man” is the first advance track from this Finnish black metal band’s new album, III. It doesn’t sound like a fighting man at first, but the bright and sprightly opening gives way to drumming that hammers and jolts, guitars that feverishly jab, and throat-ruining screams and roars. Yet the music also soars, and even becomes panoramic in its shining waves, sending the already impassioned music to brilliant heights. When the acoustic guitars return at the end, they’re joined by a thrilling, trilling lead guitar that drifts away into an ethereal realm.

III will be released on May 14th. 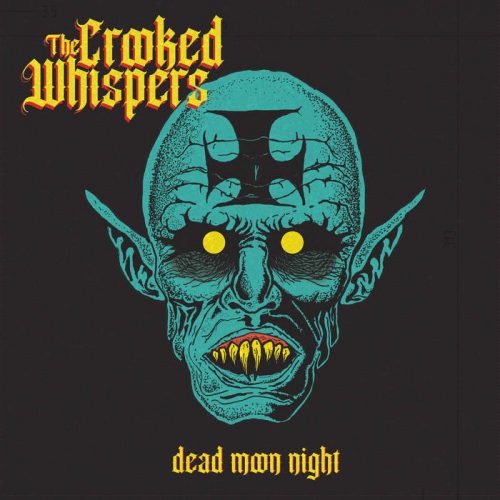 Dead Moon Night is a two-track EP that follows up this L.A. band’s 2020 debut full-length, Satanic Melodies. The first song’s central chord progression is on a loop, and it burrows deeper and deeper into your head as it goes, providing the menacing foundation for trippy, screaming lead guitars and frightening, wailed vocals which sound like they were recorded in a big sewer pipe or a bell. There’s an interlude in which the bassist gets to fashion a dismal solo, and after that, when the chord progression returns in more miserable tones and at a more dragging pace, those vocals transform into chilling, larynx-lacerating shrieks. “Hail Darkness“, indeed.

The second song, “Galaxy of Terror“, bangs on as a mid-paced rocker, a shaggy lurching beast with its own central chord progression, which has a narcotic aroma. The harsh vocals are dominant in this one, but still ring and reverberate. When this one shifts gears, as the first song did, it accelerates instead of slows, and becomes wickedly ebullient. The psychedelic guitar solo that follows is also exultant, but mind-bending. 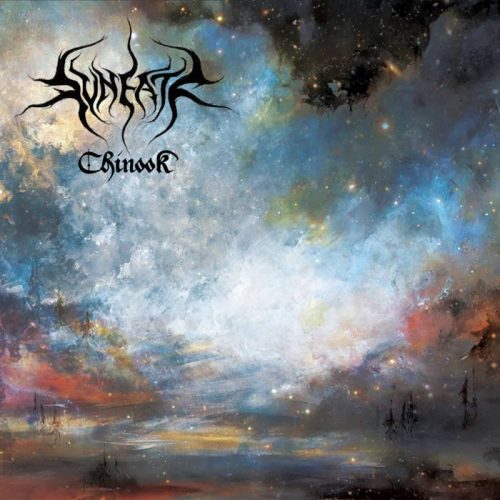 We’ve written before about these talented Vancouverites, in connection with their 2018 debut album The Howl, the Whisper, the Hunt, and it’s welcome news that they now have a new album on the way. It will be historic, because never before has a black metal band named their record after a salmon.

Svneatr recently released a video for the new album’s first single, “The Wind Stirs“. The song seems to rev at the beginning, and then cuts loose in a surge of jet-fast drums, rapidly pounding bass, and frenetic and blaring riffage. Scalding screams and feverish leads add to the music’s blood-boiling temperature and thrashing savagery. Eventually, sinister fanfares ring out, but only as a way of allowing the soloist to put his guitar into a deranged convulsion.

And come to think of it, the whole song has a wild, unhinged quality — and that really gets the pulse-rate pounding.

The album, Chinook, will be released on May 28th. 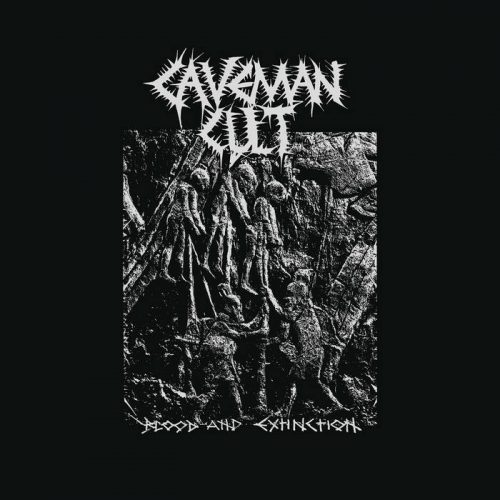 The title of the new album by these hateful Floridian black/death-mongers basically sums up what they try to produce through their music: Blood and Extinction.

The first advance track, “Conquistador de Hierro“, doesn’t even make it to the two-minute mark, but this short bit of sonic ruination will give you a quick and ugly adrenaline burst. You’ll be subjected to an assault of piston-driven drums, abrasive riffs, and acid-bathed howls. The music becomes even more riotous as it progresses, the drums clobbering with added energy, the filthy guitars swarming like piranhas in a feeding frenzy, the vocals seeming even more enraged (if that’s possible).

Blood and Extinction won’t be officially released until October 1st.