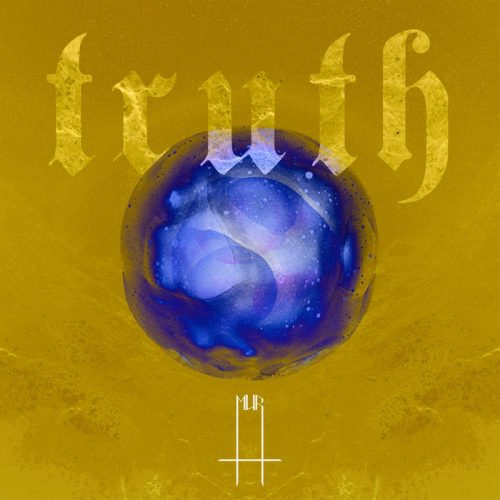 Obviously, I didn’t make the usual Saturday round-up of new songs and videos yesterday. I was victimized by a combination of too much partying the night before and too much work for my fucking day job. This Shades of Black column is also a bit out of the ordinary. I tend to focus on brand new releases and advance tracks from forthcoming records, but today I’m playing catch-up, calling attention to three albums I’ve been enjoying which came out in March or April. And none of these releases is unadulterated black metal — in fact, the “blackening” is often minimal — though the other ingredients in these amalgams differ from band to band.

(I’ll also mentioned that Panopticon’s new album is out now in digital form, and you should go listen to it here; I already spewed a bunch of words about it in mid-April.)

This French band’s new record, Truth, is classified as an EP, but it’s more than 30 minutes long, and it’s a great way to spend a half-hour, as long as your’re not a rigid genre purist. 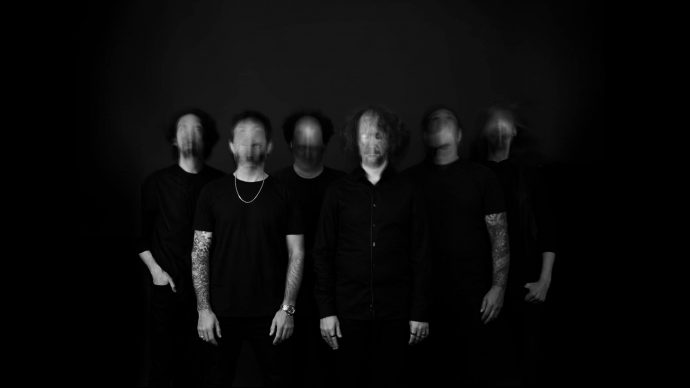 Mur‘s musical amalgam on this new EP is fascinating. It includes unhinged vocal belligerence, punishing percussive blows, and mauling riff abrasion — but also pulsating electro beats, shining synthwave textures, and singing. Episodes of violence are frequent, but both the guitars and the synths also sear, sweep, and soar, and the band also pick their moments to bring soft, reflective moods to the fore. And that’s not all.

Fanfare-like chords and sounds resembling horns and saxophones accent the bludgeoning bleakness and anguished emotional intensity of “Suicide Summer”, which also includes warbling and flickering keyboard motifs and a desolate bass-led digression. The blaring, quivering synths in “Inner Hole” give the music a trippy yet frightening atmosphere, and the frequent drumming variations (which are really ever-present throughout the EP) are both catchy and destabilizing.

The EP also includes a twisted and tantalizing cover of a Talk Talk song that still maintains connections to the original, and a 10-minute, synth-heavy instrumental (the title track) that’s both dream-like and body-moving (and ultimately wondrous and cacophonous) — and is a striking departure from everything else on the EP.

Each of these songs is a well-plotted adventure, each one (except for perhaps “Truth”) packed with varying instrumental textures and stylistic twists and turns, and just following where Mur are going in each one is a thrill. The use of electronics is a prominent addition, and some regular visitors to this column will likely turn away as a result, but I found it refreshing.

If you don’t want to take my word for it, you might check out this review of Truth by the great autothrall at From the Dust Returned. Or just listen. 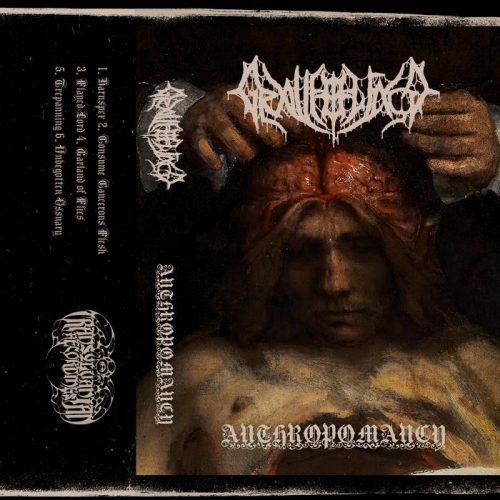 I don’t know how I managed to overlook this Vancouver band’s new EP when it was released in March. I tend to pay extra attention to music from the Pacific Northwest region of North America, and this album was released by Transylvanian Recordings, a label I also follow closely. But anyway, I missed it until recently, and damned glad I finally gave it a shot.

I can’t resist quoting a trio of comments on the EP’s Bandcamp page, because they’re wonderfully evocative:

“Thick, sludgy, growling, ferocious off-kilter metal assault. The cast-off blood thrown into the swamp grows a new coat of flesh, and crawls forth to exact its revenge…. Inexorable, inescapable, enthralling. (And how can you not love an album that mentions trepanation!)”

“Best production on anything I’ve heard so far this year. The drums are just filthy. The whole album is terrific but that last track is truly haunting.”

“Have you ever wondered what it would feel like to slowly be driven mad, and your body taken over, by rabies? And after you’ve succumbed to the disease, what biting and tearing and tending flesh would be like, with your own teeth? Listen to Graveolence and wonder no longer.”

The songs are punishingly heavy, littered with bone-smashing impacts and massive low-end upheavals. They’re also ferociously unhinged, erupting in spasms of crazed violence, cavorting dementia, and rock-crusher grinding. And they also occasionally become bleak and blood-congealing in their eeriness and morbid gloominess. The band have a flair for dynamism, switching gears frequently, throwing in ecstatic fretwork flurries, and using their tandem of hair-raising shrieks and hoarse, monstrous roars to good effect.

All the instrumental performers also display impressive technical chops (the drumming, in particular, is lights out), but do so in service of really well-crafted and thoroughly electrifying songs. A terrific EP. 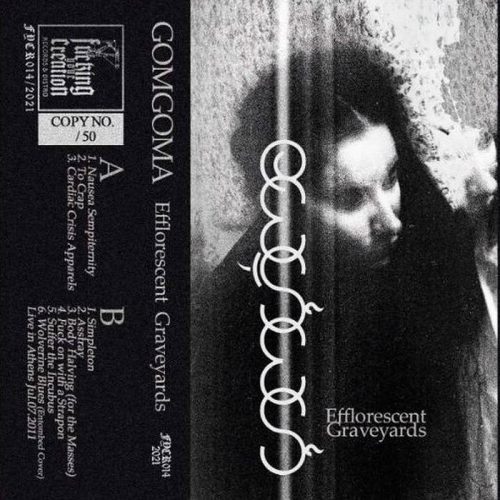 This band from central Greece has three releases to their name so far — a 2011 demo (Sick Theories) and two EPs released in 2015, Medicine Apophthegms and Civilized Punks. In mid-April of this year, Fucking Your Creation Records compiled those two EPs, plus Gomgoma’s live cover of Entombed’s “Wolverine Blues”, and released it on cassette tape under the title Efflorescent Graveyards.

At an hour in length, there’s a lot to take in here, and I’m only able to skim the surface, given the time I have this morning. In the main, Gomgoma deliver sludgy, body-mangling heaviness, skull-splitting drumwork, and tormented, screaming and howling vocal intensity. The riffs are thicker than redwoods and filthy in their distortion, capable of both clobbering and slithering like massive pythons, and braying like wounded beasts. And for good measure, the band salt the music with doses of ear-ruining feedback.

While sludge is the main stylistic ingredient, Gomgoma pull their poisoned water from other wells too, including hardcore and bits of death and black metal, and one 24-minute track, “Cardiac Crisis Apparels”, is a lunatic exercise in harsh noise and rhythmic punishment that very effectively generates a thoroughly demented and apocalyptic atmosphere, and somehow becomes perversely transfixing.

Sometimes the music becomes woozy and narcotic as well as suffocating, and it reaches depths of bleak and soul-bruising hopelessness that are more terrible than a sucking chest wound. At other times it sounds like the gibbering madness of an asylum inmate or the vigorous coupling of beasts. At still others, it’s just downright cruel. But you’ll also have a fair share of opportunities to bounce to syncopated beats or strain your neck with a slow, lurching headbang. (The Entombed cover is also a really good variation on a classic song.)

The cover image on the tape was created by Thodoris Nikolaou. I’m not sure if any copies of the cassettes are left (only 50 were made), but if you want to find out, send an e-mail to wrath_dodsferd@yahoo.com.