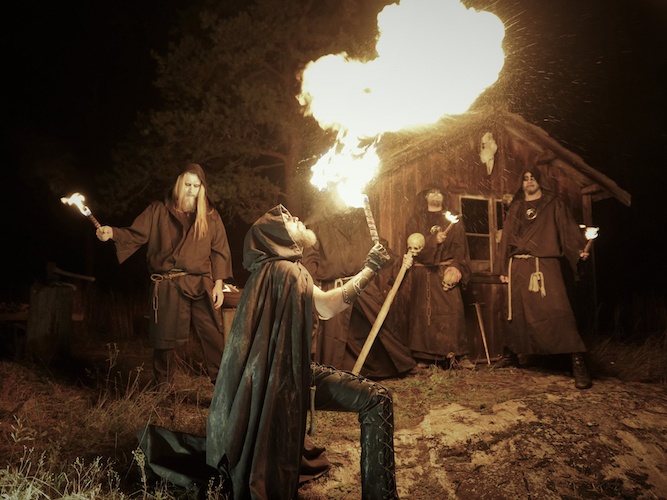 (Karina Noctum brings us this new interview with the vocalist/lyricist of the Norwegian black metal band Ulvehyrde, whose excellent debut album was released last month on the Dusktone label.)

Ulvehyrde started in 2018 and they have recently released their first album, called Englemakersken. The band attracted my attention because they have a cold-tempered sound leaning toward Western Norwegian BM style, while at the same time infusing the necessary groove to keep it interesting.

Naturally, I had to find out more about them, so I talked to Sorath Northgrove, who also plays in Vulture Lord and Hagl.

As the vocalist, I am the executioner, the preacher of the dark past. The rest of the band are the nattmenn, the harbingers of audible torture, murder, pain and sorrow. Ulvehyrde is a trinity of darkness with our visual approach, the music, and lyrics.

What are the lyrical themes about?

It’s about dark, historical events that happened in Norway up until the early 1900s. Murders, executions, betrayals and other tragedies. We found the concept to be suitable for us from the very start. This also resulted in the visual approach of the band, as we represent the executioner and his nattmenn. The nattmenn were the executioner’s servants. The lowest of the low in society. Their job was to remove corpses and carrions, empty the “toilets”, put the limbs on stakes, and other dirty jobs. They were loathed by the community, they had to walk into the ditch if they met other people on the road, had to buy anything they accidentally touched at the market, and live separated from others outside the city. 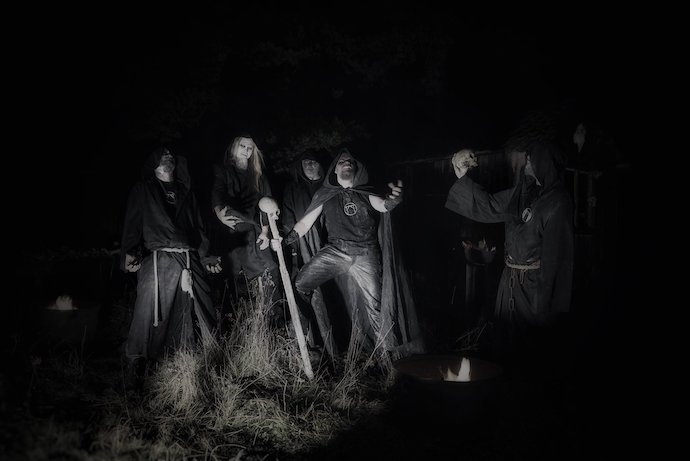 How has the Norwegian BM sound influenced you?

The Emperor and Enslaved gig in Askim in 1992 was a really special event. Only 5 tickets were sold. Emperor were still a 3-piece, with Samoth on drums and Mortiis on bass. Many memorable moments that night, especially when Euronymous, wrapped in his famous cloak, threatened to kill the frontman of the support band Algol, as he had once said that “the Norwegian black metal scene is just as trendy as the Swedish death metal scene”. No murder that night, though. Great to hang out with the bands afterwards, and that was also the night I first met Frost, who I stayed in touch with for years, and who at the time was actually supposed to start a band with Bård Eithun aka Faust. The band was still a “secret” so don’t know how they could pull off a band consisting of two drummers.

How long did it take to compose the latest album?

It took some time until we decided on the final approach and concept of the band, so I would say it took a couple of years. 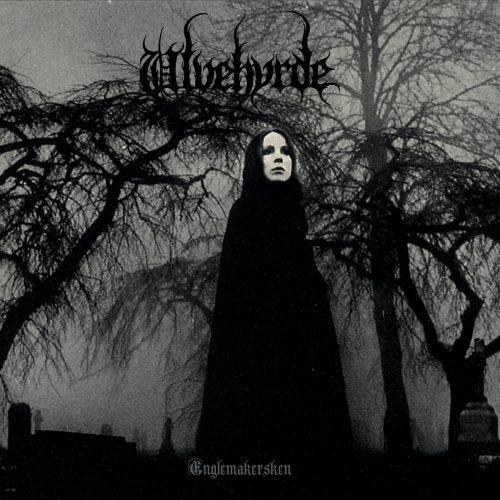 The album was produced by Mattis Elvestuen at Malpherno Studio. I guess he’s more known as Malphas from Carpathian Forest and Endezzma.

How much involvement did the band have in the production?

A lot. We worked closely with Mattis from the beginning to the very end, spitting ideas back and forth between us through the whole process.

When you compose, do you always aim to create your own distinct sound?

We have a concept in and around the band, and the lyrics and music are created to merge together. We don’t have set borders, like for example we had in Beastcraft, but we can use whatever elements and sound we want to underline and build up in each individual song.

I like the fact you’ve got many groovy riffs. Do you jam a lot until the right feeling appears? How do you compose?

Yeah, we do. Straff creates the riffs, and he can present them to us individually, as a part of a song or as more or less a finished one. We jam it together at rehearsals, changing riffs, the length, and the order. Like for example, the last track on the album “Svartbækken” is a combination of parts from what was meant to be three other songs. We have faster tracks, like “Jarlen“, which is about war. Like I said, we use whatever means to strengthen and tighten the song.

What are your ambitions with the band for the post-corona period?

Finally be able to play live again and release another album.