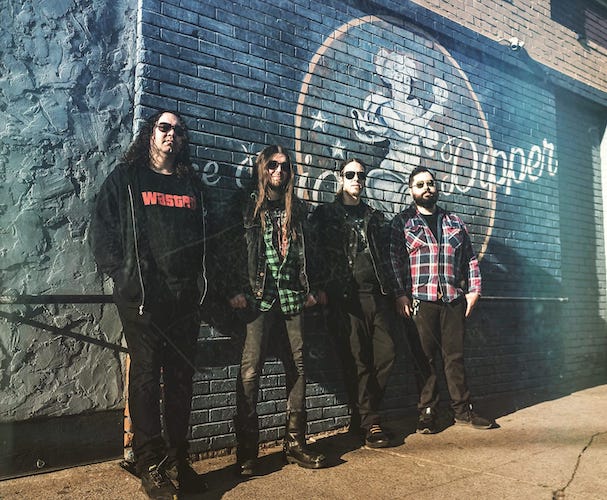 In November 1990, the Australian band Divinyls released “I Touch Myself” as the lead single from their fourth album. Described as “a paean to eroticism, orgasm and female masturbation”, it became a big international hit, driven in part by the song’s music video directed by Michael Bay, which was nominated for three MTV Video Music Awards, including Video of the Year. Almost 15 years later it was covered by a big group of female performers as part of a project designed to raise awareness about breast cancer — the disease that had taken the life of Divinyls vocalist Chrissy Amphlett about 12 months earlier.

It’s a catchy post-punk song that hasn’t lost its allure — witness the fact that as of this writing the music video (here), which didn’t launch on YouTube until 2009, has been viewed almost 34 million times. But it hasn’t exactly been crying out for a death metal/grindcore cover. Nevertheless, that’s what it’s gotten, courtesy of Spokane’s Xingaia, a band lovingly named after the disease of the Sumatran rat-monkey from the ultra-gory Peter Jackson film Dead Alive.

Xingaia have also given the song their own video treatment, whose humor derives (at least in part) from how it repeatedly confounds what you think is really going on. And thus, with smiles on our faces, we present the Xingaia cover and video to you today. 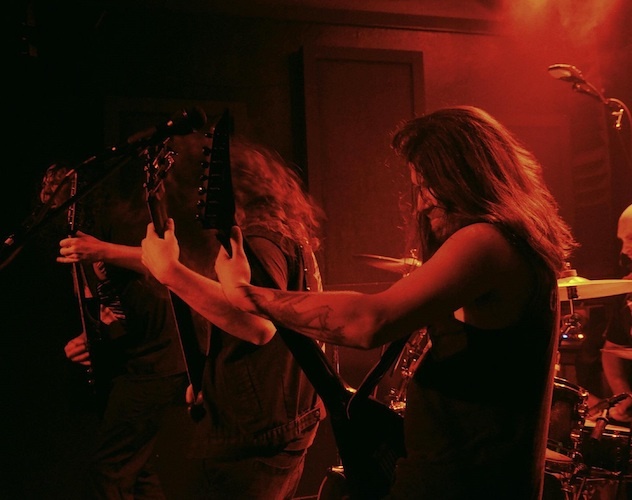 Xingaia’s cover of the song takes a sledgehammer to the original’s catchy hooks and replaced them with clobbering drums, massive chugging riffs, quivering bits of fretwork eeriness, and a vocal tandem of guttural roars and crazed screams — punctuated with outbursts of vicious seething guitars, braying chords, and frenzied percussive battering and galloping. The cover turns out to be catchy in its own way, in addition to being skull-fracturing and eviscerating.

As for the video, it was directed by Riker Morrow (Extortionist, Ras Kass, Sterileprayer) and includes plenty of throwback elements, referencing everything from old creature feature movie elements to ’80s and ’90s hair metal, and much more. But beyond that, we can’t say much more without giving away the clever surprises, so we won’t even try. Just settle in and watch it:

When asked about the inspiration behind immortalizing Divinyls in an absolutely brutal metal rendition, guitarist and vocalist Josh Rodriguez said, “It’s great, the lyrics in the original sounds playful and sexy when Chrissy Amphlett sings them, but when it’s a couple sweaty dudes shouting them at the top of their lungs, it gives off a totally different vibe.”

Xingaia will be releasing an audio-only version of the song today too, through Black House Records. And if you happen to be discovering Xingaia for the first time, we’ll also throw in a video for “Meals for Heels”, another single they released in January of this year. That one, as described by guitarist and vocalist Matt Lefebvre (yes, the band have two vocalist/guitarists), “is about the band stopping for a bite to eat at a gentleman’s club and inadvertently ending up on the menu”.

Xingaia tell us that they have more single releases in the works, among a slew of other plans for 2021 and moving into 2022, including the completion and release of a new physical EP. To keep track of what they’re up to, follow these links: