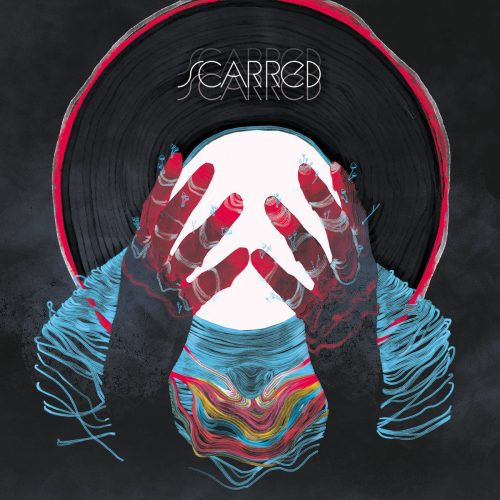 In January of this year the Klonosphere label released the third full-length by the Luxembourg-based death-metal group Scarred — almost eight years after the band’s second album, Gaia – Medea. The product of four years of work, this new album was self-titled, an intentional signal that it represented a transformation of the band’s sound. And indeed it is a remarkably wide-ranging experience, organized by design in a way that was intended, from start to finish, “to embark the listener on the same journey the band has traveled, from the initial disaggregation, up and down, to the final liberation”.

The album is daring and risky, repeatedly confounding expectations — not just expectations based on the band’s past releases, but also based on the last song you just heard. It’s stylistically diverse to the point of being unpredictable, which perhaps explains why the many reviews it has received collectively name-drop references to Gojira, Amenra, Opeth, Gaerea, Devin Townsend, and Pink Floyd (among others).

To showcase the album, Scarred have also released a sequence of music videos, all of which are well worth seeing (as well as hearing), and today we’re adding another one, the subject of which is a song that appears dead-center in the album’s track-list progression. 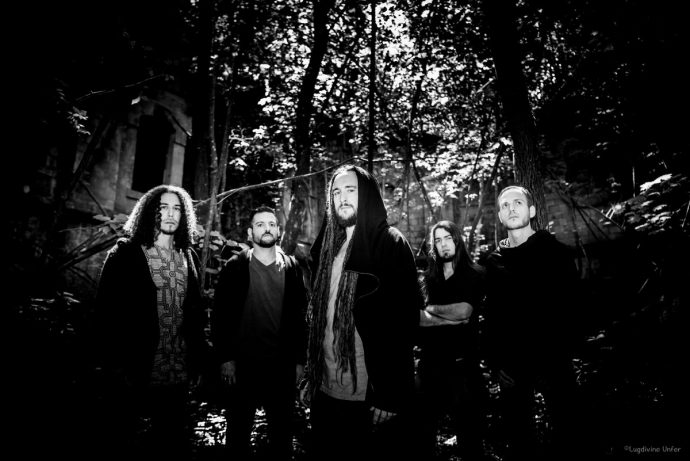 “Nothing Instead” is heavy-grooved and also psychedelic, though not because it employs the usual tropes of psychedelia. It’s mind-bending and otherworldly in the way the music twists and turns, seeming to reveal new visions and moods as it goes, though the song is so solidly anchored in its principal riff, and so rhythmically compulsive, that it remains cohesive. It also has a “catchiness” that can’t be denied, as well as a lot of emotional power.

That central riff, which reveals itself after an eerie, shimmering introduction, is a huge, groaning presence that moves like a giant reptile over riveting drum progressions. The band introduce variations on its ominous melody, as new vocalist Yann Dalscheid begins expels the lyrics in fierce, spine-tingling snarls, howls, and screams. The music maniacally pummels and segues into melodic passages that seem anguished, but the song also rises, with swirling, sweeping, and scintillating sounds that create an atmosphere of mystical and glorious splendor. Unexpectedly, the band also insert soft, brief interludes of gleaming, strummed chords and soulful, almost jazz-like guitar soloing.

Throughout all the changes, both the drumming and Dalscheid’s voice remain attention-grabbing presences. And as suggested earlier, the brilliantly executed video is just as transfixing as the music, and credit for it goes to Yann Dalscheid, whose talents obviously extend beyond what he can do with his voice.

Below you’ll find links for buying the new album, as well as streams of three other Scarred videos — for songs off the record named “Mirage“, “AHAIA“, and “Petrichor” — and you can listen to the entire album stream at Bandcamp here.

2 Responses to “AN NCS VIDEO PREMIERE: SCARRED — “NOTHING INSTEAD””