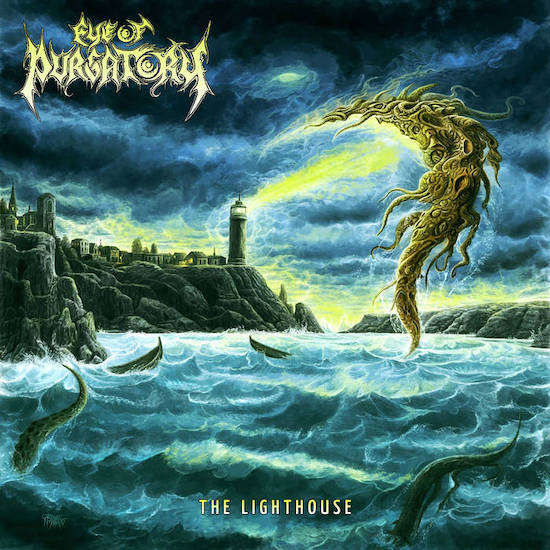 Among the masterful Rogga Johansson‘s multitude of bands and solo projects, each of which seems to indulge some different aspect of his interests under the encompassing umbrella of Swedish death metal, Eye of Purgatory is one of those in which emotive melody plays a more vital role than in others.

Eye of Purgatory released a debut full-length (The Rotting Enigma) in 2018, and a second album is now headed our way. Entitled The Lighthouse, it will be released on June 18th by Transcending Obscurity Records, and for this new record Rogga is joined by Taylor Nordberg (Ribspreader, Goregang, The Absence) on drums, lead guitars, and keyboards, and by Jeramie Kling (Venom Inc., Goregang, The Absence) on bass.

Through the premieres of three previous tracks from the album, it’s likely that many people have already discovered how much enjoyment The Lighthouse brings us, but perhaps we’ll still pick up additional ears through the song we’re presenting today — one that’s thrilling to hear but also has genuine staying power. 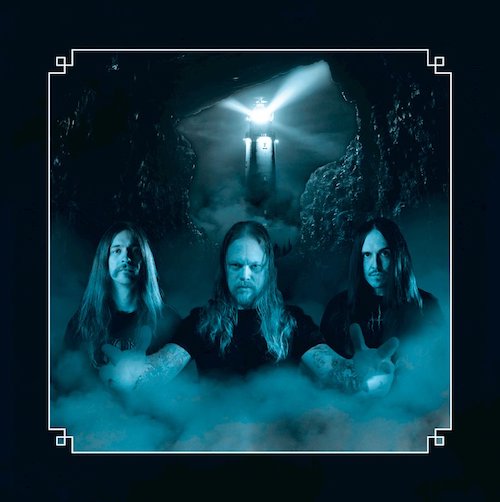 “Where Life Slowly Fades” is a high-energy track that moves through a progression of riffs, each of them accompanied by well-crafted bass and drum patterns that help mark the changes, while also triggering reflexive movement in the listener. In the opening sequence, the riffing is a savage, scything, tremolo’d barrage accompanied by blasting percussion. In the next, it generates a rapid chug that jolts the spine. And in the next, the music becomes a soaring cascade over bounding and booming beats, a sensation whose brightness is amplified by the presence of glimmering keys — a subtle accent, but a surprisingly vital ingredient in what makes the song so memorable. There’s something poignant, nostalgic, and even romantic in that third sequence, less visceral than the others, but perhaps the most affecting of all.

The song’s electrifying power also draws upon the harsh savagery of Rogga’s vocals, which themselves create voracious variances as the surrounding music changes.

The wonderful artwork of Juanjo Castellano graces the cover of The Lighthouse, and Transcending Obscurity makes good use of it in the many formats in which it will release the album, and on the accompanying apparel, all of which you can explore via the links below.  You can also check out those three previously released songs at the album’s Bandcamp page.

2 Responses to “AN NCS PREMIERE: EYE OF PURGATORY — “WHERE LIFE SLOWLY FADES””