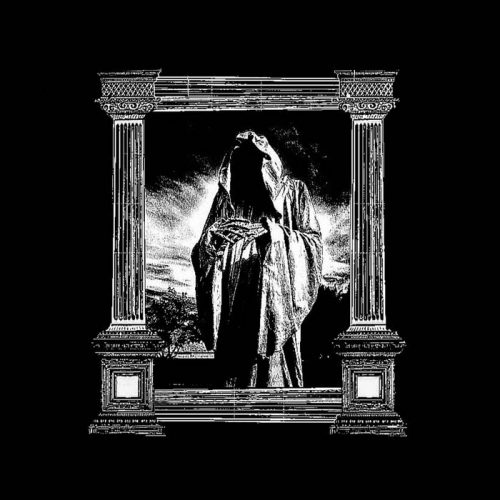 I’ve decided to begin with a new single by Chicago’s Vukari, because it’s the most absolutely riveting and ravishing piece of music in today’s collection. The track is identified as a demo version of a song called “Omnes Nihil“.

The music assaults and engulfs the senses with ringing cascades of increasingly unhinged wailing and screaming guitar discordance, backed by weaponized drums and rock-crushing bass. The raw, howling vocals match the berserk, tormented nature of the music. And yet, with booming percussion, the curtain parts to also reveal a kind of stunning and stricken grandeur, whose blazing intensity is amplified by a beseeching bass melody and rising guitar solos whose urgent pealing tones are both distraught and transfixing.

“Omnes Nihil” is a precursor to a forthcoming album on Vendetta Records. I haven’t yet seen an official announcement about the release date, or any other details about the album, but will be watching for that. 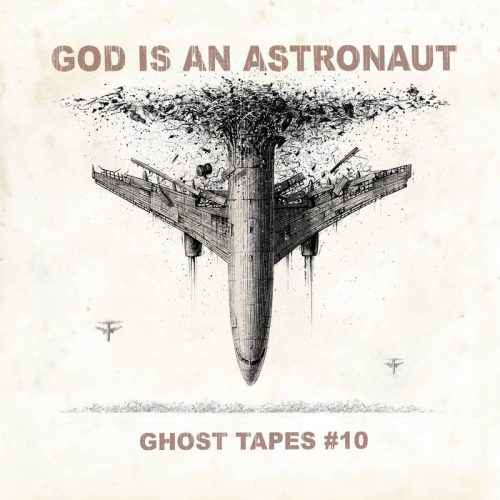 GOD IS AN ASTRONAUT (Ireland)

Now, to bounce your head over on the other side of the room with a selection of head-moving — and ultimately harrowing — instrumental post-rock.

I doubt that this next song, “Barren Trees“, would have made the same impact on me without the stunning video by Jakub Moth (Chariot of the Black Moth) that accompanies it. Together they make for a brilliant and moving combination of sound and film. At their crescendo, both the music and the video reach a zenith of heartbreak that’s hard to break away from.

The song is from the band’s latest album, Ghost Tapes #10, which is out now on Napalm Records. I said it was instrumental, but it does include vocals that are mixed like another instrument, so that they blend in with everything else.

GOD IS AN ASTRONAUT:
https://www.facebook.com/godiaa 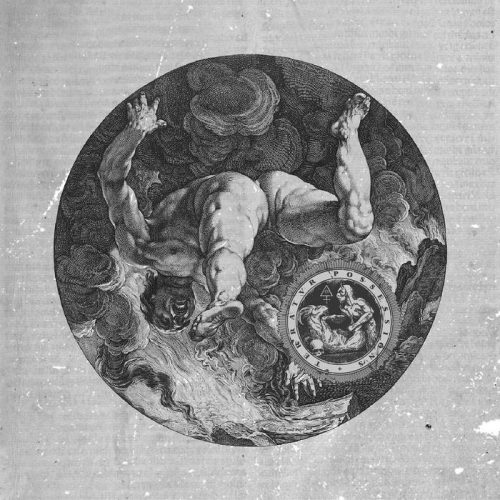 Today Terratur Possessions used Bandcamp to release a 2021 compendium of songs from their impressive roster of bands, plus one mystery track that lacks the name of whoever made it. At least four of the tracks (and maybe more) are premieres from forthcoming albums. So far I’ve only listened to one song from this compendium, and it’s the next track in today’s playlist.

“The Curse of the Moon” has the word “edit” next to it on Bandcamp, which I suppose means that the full track is longer than the 5:42 you can hear now. What you can hear now rips. Both scathing and sweeping, it builds a burning pyre of tension and turbulence, of anguish and desolation. Like the Vukari song above, it’s distressing but exhilarating, and so relentlessly fiery and intense that it has the capacity to engulf the senses. 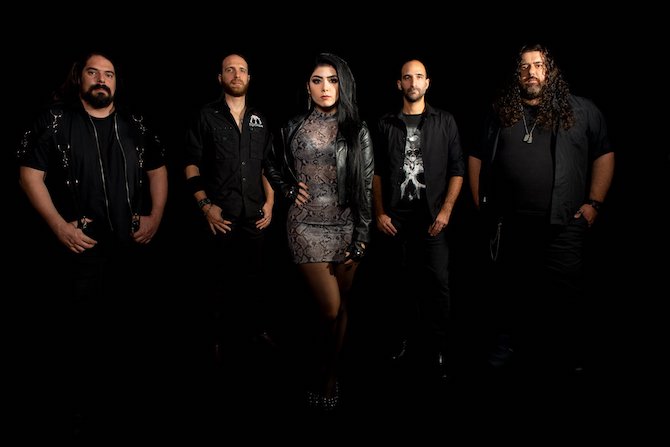 Now we have a big exception to our Rule (you know the one), and I probably need to explain something: Long, long ago I listened to my vinyl copy of David Bowie’s Hunky Dory every day for about two months. It was the first time I’d heard his music, and I was left bewildered and devoted. “Life On Mars?” might have hooked me the hardest. And so when I got an e-mail announcing that the song had been covered by an “Italian melodic metal band”, I couldn’t resist, especially when I realized there was a video too.

Vocalist Nora Hime (who forgot to wear a shirt under her immaculate sky-blue suit but who’s complaining?) has an impressive range, but (no fault of hers) her voice just kept making me think of Bowie’s less conventionally melodious one. She does put the quavers in the right place, and I did get spine tingles when her voice soared at “Sailors fighting in the dance hall” and beyond — and the operatic style she breaks out at the end is an eye-opening surprise. Black Cyril‘s beautiful guitar solo honors Mick Ronson, Rick Wakeman might be smiling at Marco Minno‘s keyboards, and the rhythm section pack a nice punch.

All in all, I’m very glad I heard it, and no doubt will listen more — though before that I’m going to make time to listen to Hunky Dory again for the first time in many years. 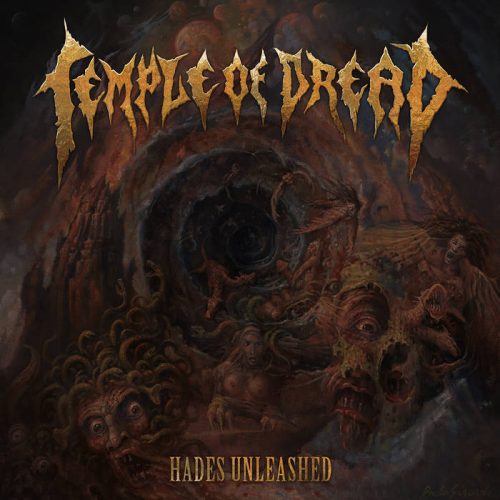 If you weren’t ever fixated on Hunky Dory like I was, you can bounce back now with “Wrath of the Gods (Furor Divinus)” off Temple of Dread‘s new album Hades Unleashed.

This track is a prime cut of ferocious thrashing death, a supercharged, superheated surge of obliterating drumwork, vicious and gloriously pulsating riffage, and rabid, bloodthirsty vocals. It will also jolt your spine and spin your head around with its soloing, It’s wild and addictive, and just what you’ll need if your ass is dragging. If I weren’t self-conscious, I’d be holding invisible oranges high to the sky. Did I mention that it’s… just… fucking… glorious…?

Hades Unleashed will be unleashed on July 23rd by Testimony Records. If you couldn’t guess, Paolo Girardi painted the cover art. 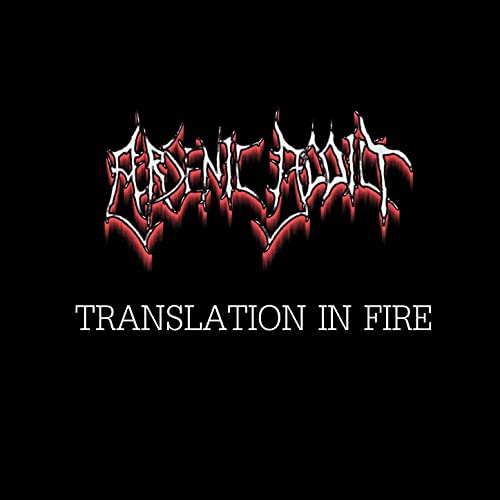 I’m pretty positive that Temple of Dread‘s song bounced your head way back over to the other side of the room from that Tothem song, but just in case, this final song and video in today’s collection is guaranteed to do that — and may even ram your head straight through the wall.

Arsenic Addict look like they just staggered out of a serious car wreck before filming the video, or just escaped (not entirely intact) from a cannibalistic zombie horde. Vocalist Sonja Rosenlund is the scariest of them all, perhaps in part because she looks like she might be a waif beneath all the gushing blood. And the terrifying way in which she screams the lyrics suggests that she herself has become some kind of ravening monster.

Apart from her scary vocals, the song is scary in other ways — it’s absolutely murderous in its scything fretwork and battering percussion, and the band also pick their moments to bludgeon the bejesus out of you with bouts of pile-driving brutality. Yet within this absolutely vicious onslaught there are threads of memorable, melancholy melody that become mesmerizing.

“Translation In Fire” is a stand-alone single for now, intended to pave the way between their debut album, 2019’s Deviant Perception of Death, and the “darker, faster, and more vicious album” that will follow it.