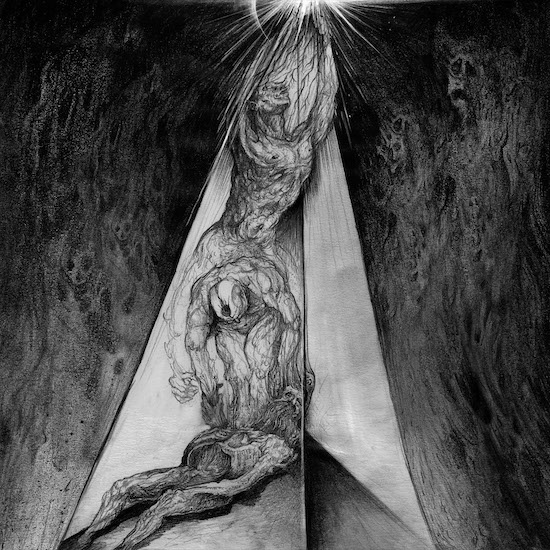 These are notes I made to myself after listening to the song-excerpt we’re premiering in this article:

“I have never awakened in a house on fire. I imagine that would send me in a nanosecond from somnolence to a rocketing fight-or-flight level of adrenaline. I’ve never escaped a raging inferno and raced outside only to discover that everything around me is also in flames. But listening to this music, those are the experiences I imagine. In listening to it I also imagine the terrible feeling of loss that would come from the inferno-destruction of everything, every memento and memory, that I enshrine in the place where I live.”

Obviously, those are some intense emotional reactions — a commingling of exhilaration, fear, and despair. And those reactions were provoked by only a portion of the entire song, the roughly 8-minute excerpt from “Awake!“, that we’re now presenting. The full song is a daunting 21 minutes long, but I’m anxious to hear it and I think you be will too after you listen to what we’re streaming below. 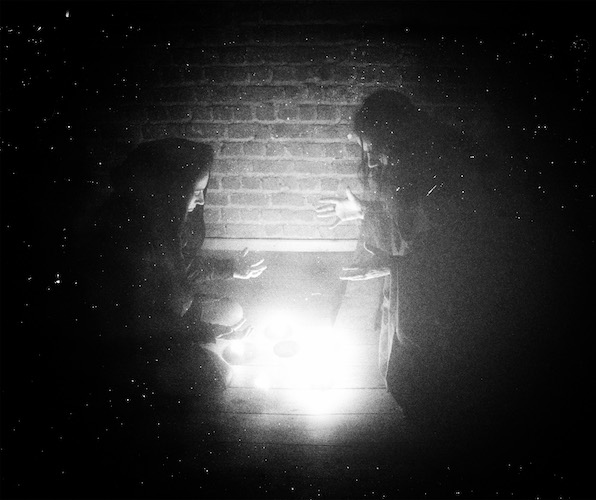 “Awake!” is one of three substantial tracks on the debut album of the black metal band Transcending Rites, which is a collaboration between the French artist Brouillard and the Belgian artist Déhà. Brouillard has released music through her own homonymous project and is also the person behind Sphere, whose phenomenal second album π was released in March of this year (and was the subject of a partial review I wrote here). Déhà is better known, and incredibly prolific, and if for some reason you’re unaware of his resume, you can get educated at Metal-Archives.

In light of the creative track record of these two people, it’s not surprising that their collaboration in Transcending Rites has spawned music of such visceral power, as signified by this excerpt from “Awake!”

The adrenaline-pumping effect of the song has multiple sources. The combination of jet-fast drum-blasting and raw, frenzied, high-toned riffing is wild, and the shrieked and snarled vocals are equally unchained, manifesting a form of violent possession that’s frightening in its intensity. The blazing guitars roil and writhe, bringing sensations of desperation and pain to the fore as the kick drums clatter and the snare drum methodically pops against the listener’s skull.

The dense, radiating waves generated by the guitars leave almost no room to breathe, but the moods of those enveloping sounds continue to change, becoming even more beleaguered and distrssed, as wrenching wails replace throat-ripping screams and wailing ethereal tones spiral through the cyclone of tremolo’d chords.

And where is this leading us? After all, more than a dozen minutes remain unheard. It’s an intriguing question, but we’ll have to wait for answers.

The name of Transcending Rites‘ debut album is Enthronement of the Third, and it’s set for release on May 30th by the Transcendance label. Here’s the track list:

The album isn’t yet available for purchase, but keep an eye on the following locations and you’ll learn when that happens: