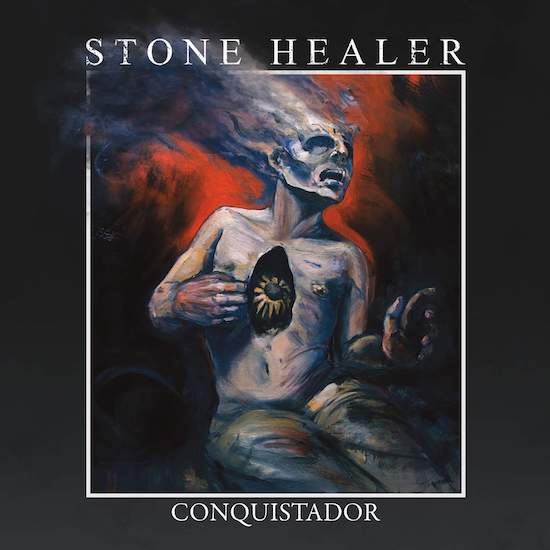 (Our contributor Gonzo returns to us with a trio of reviews, focusing on records released within the last month — by Stone Healer, Dordeduh, and Kataan.)

To say “there’s a lot to unpack here” about the latest album from Connecticut duo (!) Stone Healer would only be touching the very tip of an extremely jagged and angular iceberg.

Practically bursting with trailblazing creativity at every turn, Conquistador is a massively satisfying listen. Brothers Matt and Dave Kaminsky manage to compress three or four albums’ worth of ideas into each of the seven songs here, and absolutely none of it sounds rushed or contrived. Just with opening track “One Whisper,” the brothers flex an incredible amount of musical muscle: They go from a light acoustic intro, segueing into a cowbell-laden alternative rock verse, and seamlessly shift into a punishing blast-beat. And that’s not even half the song length.

The brothers Kaminsky add a generous level of dynamics from that point on – “Whence Shall I” picks right up where “One Whisper” leaves your melted face, while “Surrender” rounds things off with aplomb. Incredibly, these first three songs would probably amount to the EP of the year if they were on their own, but the fact that we get more from that point is simply breathtaking. And the rest of the album holds up just as well, as the progressive layers of melody that build over layers of angst and precision-strike riffing never get tired. There’s always a new idea around every corner here, and they aren’t simply thrown in for idea’s sake – these are the details that make Conquistador the absolute standout album that it is.

I realize the subgenre game is long past the point of overcategorizing everything (I for one only listen to post-industrial blackened speedgaze polka myself) but stylistically, Stone Healer don’t seem the least bit concerned about what category you’ll put them in. It’s just captivating fucking music from start to finish.

Rising from the ashes of the brilliant (and still underrated) Negura Bunget, founding members Sol Faur and Hupogrammos have released the second album of their newest creation, Dordeduh. Titled Har, the album has a little less of the blackened psychedelia that was so prevalent in their former outfit, but not a drop of the atmosphere or songwriting goes to waste nonetheless.

While it’s definitely a bummer that Bunget officially split up a couple of years ago, it’s afforded Dordeduh the opportunity to flourish outside of that shadow. Stylistically, there’s a lot to like on Har – instrumentation that ranges from the original to the bizarre, a persistent air of Transylvanian spookiness that never devolves into theatrics, and wild, progressive songwriting that keeps you engaged. “Descant” lurches back and forth from a call-and-response opening riff between a xylophone and a guitar, and then roars into a monstrous abomination of growled vocals and staccato riffing.

The atmosphere builds spectacularly with “Vraci de nord,” which takes its time getting going. Much like some of Negura Bunget’s earlier work, though, the payoff is worth it when the “holy-fucking-shit” part rips through your speakers and threatens to haunt your dreams. You might not know where most of this record is going, but you’ll sure as hell want to be along for the ride.

More than anything else, though, the record is focused on a brooding sense of darkness that echoes throughout. Like a shadow that takes many forms in their native Hoia-Baciu forest, Dordeduh’s particular variety of brood can sound just as menacing as it does fascinating – and it consistently catches you off guard with every listen. 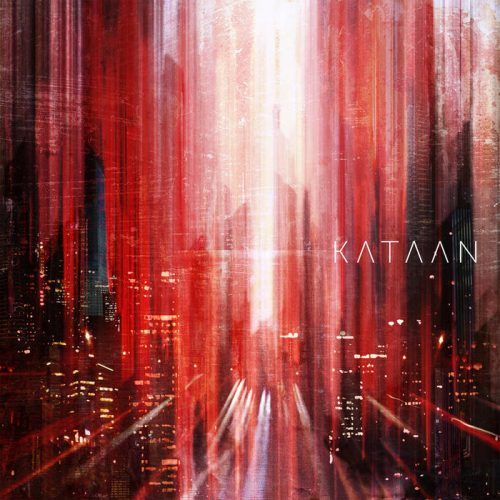 I might be in the minority here, but I liked a lot of Astronoid’s work in the past. My main complaint, though, was the clean vocals never matched the intensity of the music. Maybe former member Brett Boland felt the same way about his former band, because this debut EP from his new project Kataan seems to address my complaint almost suspiciously well.

But this EP isn’t an idealistic pet project by any means; nor does it try to replicate what Astronoid does with a harsher vocal presence. With only four songs, Kataan have not only crafted one of the releases that’s gotten the most rotation from me so far this year, but they’ve unexpectedly pushed melodic black/death metal into a higher plane.

“Erase” comes blasting out of the gate with a triumphant burst of energy as the leadoff track, showcasing solid production value and musical craftsmanship. Nicholas Thornbury’s vocals are balanced within this sonic fury perfectly well, sounding more like an additional instrument than an actual human voice for most of the time. Think what you’d hear if Astronoid jammed with early Alcest and their main influence was At the Gates, and you’ll begin to get an idea of what you’ll hear throughout the EP.

Much like Stone Healer above, the fact that Kataan is the work of only two people makes all of this even more impressive. “Abyss” drifts into more urgent, heartbreaking territory with a haunting use of clean vocals, while “Processor” kicks things back up a notch with a devastating riff. Incredibly, the dynamics of each song never sound too overwhelming – Boland and Thornbury know exactly when to dial it in and when to scale it back.

By the time closing track “Vessel” finalizes its majestic departure, you’ll want to give this another spin. The only complaint I have about this debut is that it’s only an EP, but with a future as bright as what Kataan have in front of them, it’d be a tragedy to not follow this up with a stunning full-length record.