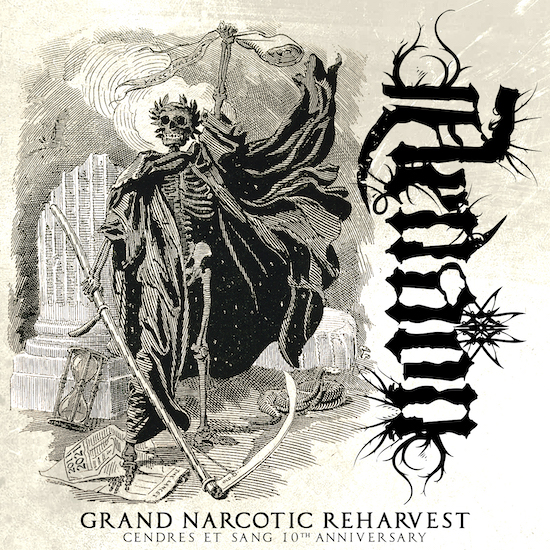 Here at NCS we’ve been ardent supporters of the Greek progressive black metal band Aenaon ever since discovering the wonders of their 2014 album Extance, which made no fewer than four different year-end lists published at our site, as well as a host of our reader’s lists. Ever since, we’ve been devoting a lot of attention to the adventurous creativity of this group (whose line-up shares members with Varathron and Katavasia), which was further displayed on their latest album, 2016’s Hypnosophy, and which we characterized as an alchemical work in which Aenaon drew together “a multitude of base elements from disparate genres and transmuted them in wizard-like fashion into music that’s rare and mesmerizing”.

But even before those two acclaimed records was the band’s debut full-length Cendres et Sang — and it happens that today is the 10th anniversary of its release. To celebrate that anniversary Aenaon have re-created one of their favorite songs from the album, “Grand Narcotic Harvest” — and thus re-named the new version “Grand Narcotic Reharvest” — and they filmed the recording session in a video that we’re premiering in this article. The re-recorded track will be available digitally — and today we’re also sharing another special announcement by Aenaon. Here is their statement: 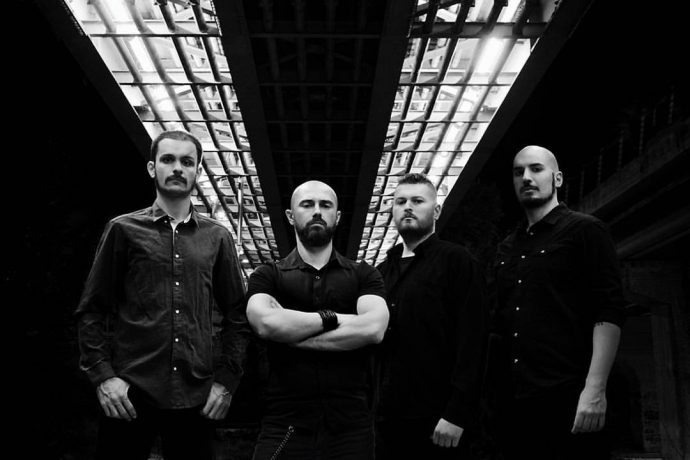 “On the 14th of June in 2011, our debut full-length album was out. It’s been 10 years already since the release of Cendres et Sang by Code666 following our debut EP Phenomenon and a 7 inch split.

“We celebrate this anniversary by recreating and filming one of our favourite songs off the album. Cendres Et Sang and Grand Narcotic Reharvest will both be streaming from now on in all digital platforms and Bandcamp. Enjoy now a performance video available exclusively today from our friends in No Clean Singing that have supported us a lot since 2010!

“Moreover it’s time to also announce some news on the next album. We are done with the recordings of 9 tracks. All tracks are produced and being mixed as we speak in Suncord Audiolab. Our 4th album will be titled Mnemosyne and will include 6 songs and 3 beautiful instrumental tracks. We are more than excited to say that the album will be delivered to the record label in a few weeks and we will be ready to share the release date hopefully in the end of this summer.

“Expect our best effort up to date with an exceptional, much darker and organic approach than Hypnosophy but no less progressive or experimental.”

The song is a multi-faceted sequence of experiences, but altogether an adrenaline-pumping thriller. Just a few cymbal ticks and a collage of strange ambient sounds are all the prelude you get before the band start a fire-storm of wild, searing and soaring guitar, hurtling bass notes, thunderous percussion, and scorching vocal intensity. In the next sequence, the riffing becomes darting and devilish, sinister and ecstatic, as the drums batter and the bass bubbles. In the chorus, guest vocalist Frédéric adds his sky-high singing voice to the ferocious snarls of Astrous, helping propel the song to new heights of blazing (and infectious) extravagance.

But before this electrifying track ends the band also segue into an eerie, hallucinating sequence of glowering spoken words and shrill, shimmering, theremin-like tonalities over a funky bass line and syncopated beats.

As explained above, “Grand Narcotic Reharvest” will soon be available on most digital platforms, and Cendres et Sang is alaso available on LP and CD, as well as digitally. For further announcements concerning the new album, be sure to follow Aenaon at the locations linked below. 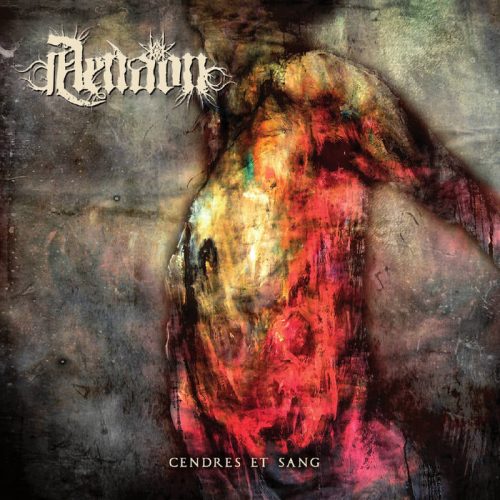