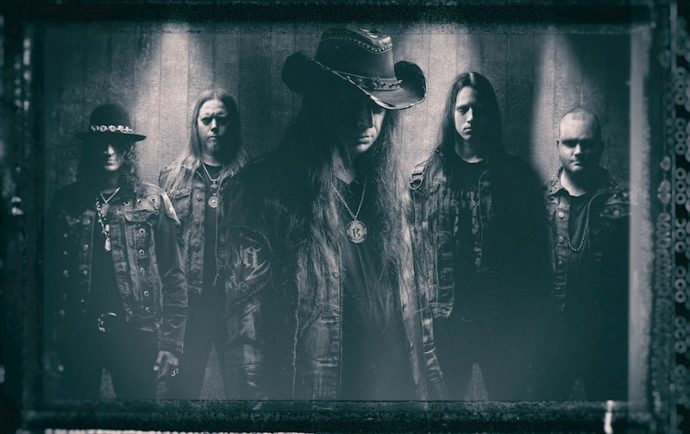 First in today’s collection is “Towers of the Night“. Packaged with a lyric video, it does indeed become towering. Initiated by rumbling and battering drums and by whining, wailing guitar harmonies that radiate anguish and despair, the song further includes sinister fanfares, doses of slashing and jolting savagery, and scalding snarls. The song also reveals a dreamlike yet menacing interlude and anthemic soloing that’s primed for arenas filled with headbangers (whenever such a thing is possible again). Quite a thrilling experience…. 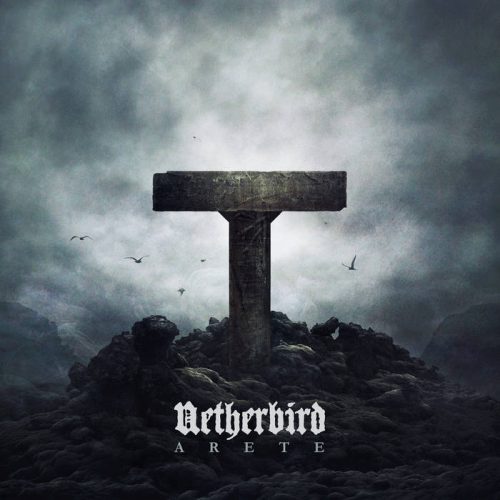 The album here, Arete, completes a trilogy that Netherbird started on The Grander Voyage and continued on Into the Vast Uncharted. It will be released on August 6th by Eisenwald.

Next up is the wonderfully dynamic “Chime Diabolicus” (again paired with a lyric video), another advance track from the new Hooded Menace album The Tritonus Bell, which will be released on August 27th by Season of Mist.

You get an immediate dose of hammering chugs and demented swirling leads, but before the voracious growling vocals can appear the song sinks into a trough of moaning gloom (albeit a trough that you’ll share with spine-kickers), followed by eerie glistening keyboards and vivacious fretwork. And from there the song continues to change, creating moods of supernatural frightfulness, weaping grief (with some beautifully doomy dual-guitar harmonies), glorious ecstasy (more guitar goodness!), lumbering menace, and diabolical dementia. 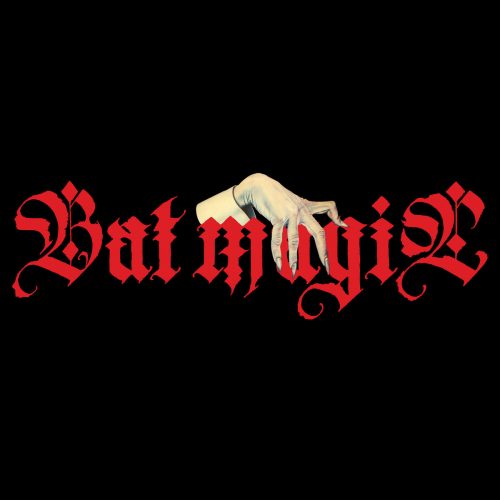 Now we move to Bat Magic, one of the completely obscure names in this collection. The band’s members (and there are six of them) are anonymous, though I’ve been told that Andrew Lee (Ripped To Shreds, etc.) was one of the guitarists on the track I’m about to share — a track that left my jaw dropped and the whites showing all ’round my eyes.

The slow, opening guitar maneuverings in “Solis Mors” are abrasive, powerfully piercing, and unmistakably bleak, ushering the mind into a realm of calamitous misery. Without warning, the drums commence to gallop and the dense, layered riffing ignites in a bracing fever, consuming the senses in their beleaguered frenzies. The savage vocals add to the song’s already powerhouse intensity.

But it turns out you ain’t seen nothing yet, because the music becomes an even more astonishing maelstrom of blistering percussion, screaming guitar and keyboard mayhem, and thoroughly unhinged screaming. As crazed as that outburst is, however, there’s a gripping melody in the mix, and the urgent guitar refrains persist in putting your head in their vice-like grip, despite how disturbing they are. The song throws you from a vortex of terrifying madness into a march of terrible grandeur, with no relent in the spine-tingling, no-holds-barred torment of the vocals.

The song comes from a debut EP named Feast of Blood – A Romance of Exciting Interest, which was allegedly recorded in a castle and will be released on tape by Sore Ear Collective on July 30th. 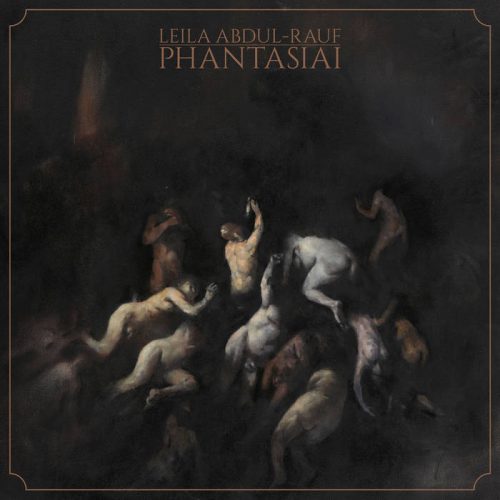 Now I turn to a pair of advance tracks from Phantasiai, a new solo album by multi-instrumentalist and vocalist Leila Abdul-Rauf (Vastum, Cardinal Wyrm, Hammers of Misfortune) that will be released by Cyclic Law on July 16th.

The first of those, which opens the album, rings and swirls in a display of unearthly wonder, celestial in its atmosphere but also haunting — and increasingly disturbing. It’s as if we’ve been so mystified by the nebulae in front of us that we didn’t realize the oxygen hose connecting us to our spacecraft just broke off, and there we are, drifting toward asphyxia. The second track, which comes third in the running order, is more overtly symphonic and immediately more ominous, but no more earthly in its sensations. It also includes singing, in a lament that’s both ghostly and spellbinding.

The Bandcamp page includes an interesting description of the concept of the album, as well as this interesting info: “This new album is comprised of two suites, each containing four movements, composed almost entirely from modulated live trumpet, glockenspiel, and vocal performance….” 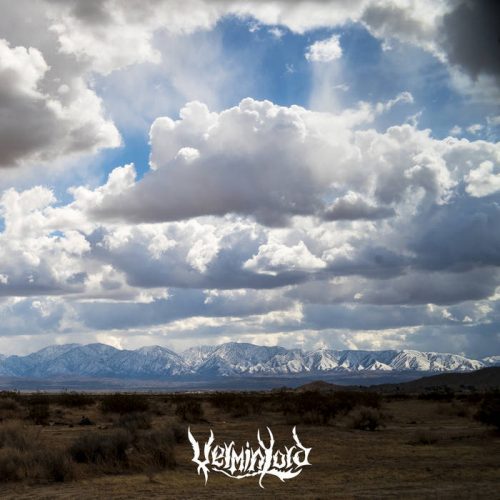 Having drifted in a certain direction, I decided to stay on a parallel course with a new song by So-Cal-based Verminlord (aka Vermin Lord), a name many of you will recognize from our previous spotlighting of the band.

The acoustic introduction to “Worm Food“, like the song which precedes it in this collection, is haunting and spellbinding, but it changes through the advent of harsh, strangled vocals, hammering drums, and dismal, distorted riffing. It bathes the mind in hopelessness, but the ringing and writhing harmonies also have a longing quality, and they get stuck in the head. It’s like a call and response between two voices, one insisting that there is not one thing to look forward to, the other refusing to accept that.

The song is available now as a single but it’s also the opening track to an upcoming Verminlord EP. 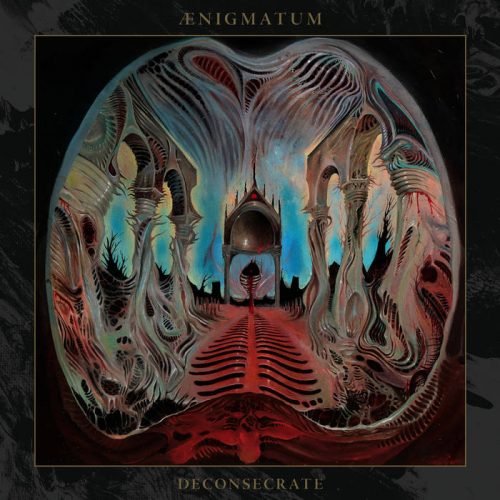 How to close this collection? Well, I thought it might be a good idea to turn up the flames a bit, though without completely abandoning the downward emotional spiral.

“Forged From Bedlam” rushes forward on the back of blazing, rapidly changing snare-work, fast, burbling bass lines, vitriolic growls, and an effusion of febrile, richly textured, technically impressive riffing that quivers, darts, slithers, seethes, and spasms. One the one hand, the song has a kaleidoscopic, roller-coaster-ride quality — even in the ways in which the soloing changes from one to the next — and that makes it electrifying, but on the other hand the overarching moods of the song are desolate and disturbing.

The song comes from this Portland band’s new album Deconsecrate (their second full-length). It’s due for release on August 13th by 20 Buck Spin.