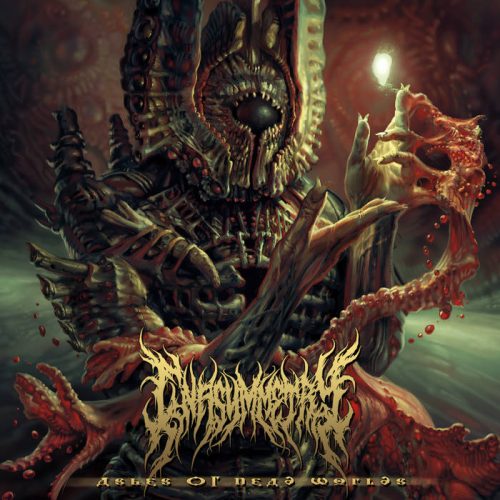 (In this article DGR combines shorter than usual reviews of three records released during the first half of the year — by In Assymetry (international), Mvltifission (China), and Cathexis (U.S.).)

It’s not too often that I’ll try my hand at the “Short but Sweet” style of reviewing, but my travels around the world of heavy metal have proven quite fruitful, so much so that it would be criminal to have some of these releases locked away while I wait for the brain to fully congeal some sort of deep-dive review on them.

Also, in some cases albums can be exactly what is presented on the cover. You know what you’re in for staring at the cover art, and from there it’s just a choice of how far you want to be punched into the side of a cliff. In this case, there’s a near ceaseless brutality flavoring the international travels, starting with a massive union of multiple countries before landing in China for an unexpected visit, and then finally arriving somewhat closer to home with one hell of a tongue twister in the opening line.

Will this be a new norm? Probably not, but there’s an excellent chance here to dispense with the intellectual bullshit – briefly – and just enjoy the death of every instrument present here, because every band within this review collection absolutely destroy on that front. 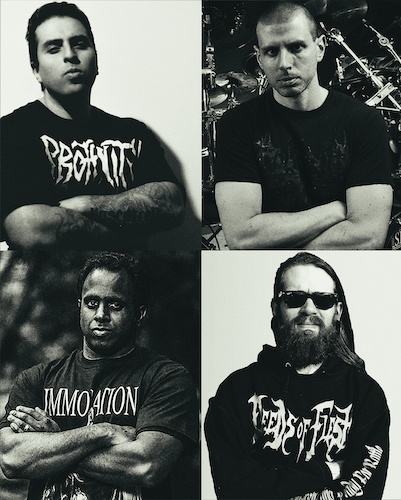 In Asymmetry – Ashes Of Dead Worlds

In Asymmetry‘s debut album Ashes Of Dead Worlds – released in early May via Comatose Music – is one that grabbed me initially by virtue of the musicians involved. The international project with musicians based in Chile, the United States, and Australia play a crushingly heavy form of brutal death metal that at times can be a little sum of its parts and sometimes becomes a full-blown steamroller.

The group’s debut disc offers plenty of opportunities to show off for guitarist Victor Areneda, bassist Darren Joy (whom you might recognize from the first handful of releases by tech-death group The Ritual Aura), drummer Darren Cesca (who has been in a hefty number of projects on his own, currently camped out in Goratory, Deeds Of Flesh, and Serpent Of Gnosis, to name a few), and vocalist Taylor Wientjes (who has had stints in tech-death groups The Kennedy Veil and Inanimate Existence for starters).

Sometimes Ashes Of Dead Worlds can fall a little into faceless brutality territory by virtue of nearly every song maintaining the same battering clip, but there’s still a ton of fun to be had listening to the group rumble from song to song, like being caught in the middle of a death metal mudslide. Darren Cesca has a blast smashing the drum kit to pieces, and the cover of Deeds‘ own relentless crusher “Sense Of The Diabolic” from their 1999 album Path Of The Weakening makes for a fun circling around in history, as Darren has been part of that group since 2016.

Other highlights across the release include “Emancipation” (which is also fun since it’s the only one-word song title on the disc), opener “Whom Pray On The Weak”, and the titular “Ashes Of Dead Worlds”. If those three happen to whet your appetite, then it’s highly recommended you take on the near thirty-five minutes of avalanche rhythms as In Asymmetry do their best to smash everything to pieces. It’s a solid slab of brutal death for the first half of the year. 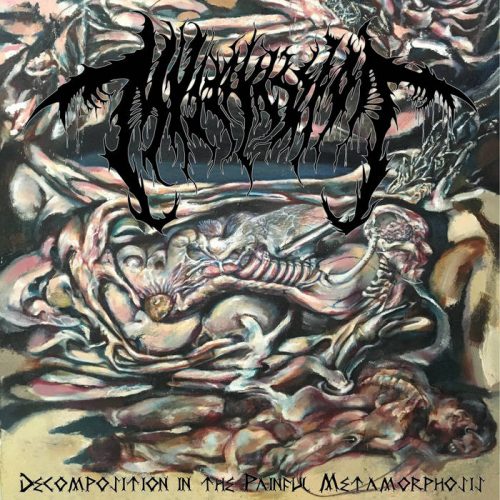 Mvltifission – Decomposition In The Painful Metamorphosis

Another death metal group with a cover that lays out one of the primary influences on their debut album arrives in this collection. China’s Mvltifission released their first disc, Decomposition In The Painful Metamorphosis, in the middle of March and it’s one that caught my eye while rafting through the sewer waters of murkier death metal.

It’s not often that the world-traveling we attempt to do here lands us on China’s shores, yet Mvltifission present a competent and omnipresent hammering with some unexpected prog-tendencies on their debut, and top it off with a pretty solid Demilich cover – which save for the closing instrumental has the shortest run time and longest song title out of anything present here. The band really stretch their wings in the ten-plus minutes of the two-parter “Passage Of Psychic Decomposition” within the middle of the disc, but there’s also fun to be had with the six minutes of “Flow In The River Of Decay” and the gloriously titled “Mental-Cybernetic Proliferation (Drowning Phantasm)”. If nothing else, the album’s outro makes for good atmospherics and haunted-house music given its usage of synth and organ in order to paint an “Ominous Blaze”.

Decomposition In The Painful Metamorphosis displays some distinctly raw production that can make it sound equal parts old school and murkier than the abyss – vocalist Gut is way at the forefront here – but considering that Mvltifission slam a gurgling cover of “Inherited Bowel Levitation – Reduced Without Any Effort” dead center in their track listing, they perfectly rise to the occasion by surrounding it with equally gross death metal.

This one hit early in the year but has proven to be an interesting discovery while travelling the globe via the heavy metal currents. Also, bonus points for having a drummer bearing the name “Gore Whore” in the mix. It’s close enough I wonder if Byrd will pop up in the comments because he read it too fast. 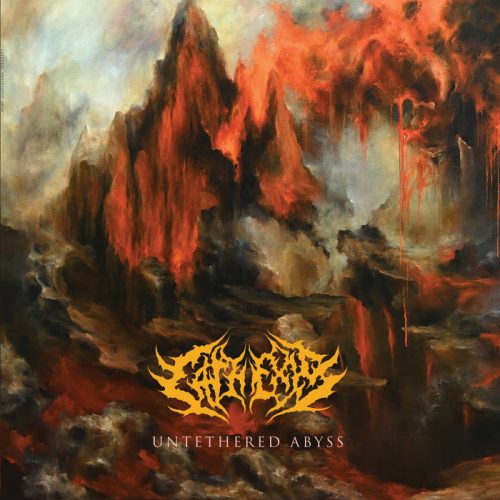 Texas’ Cathexis delivered the most recent release within this collection of death metal, having had their newest album pop up in late June. That new release, Untethered Abyss, is the sort of smashing goliath that slots perfectly within the Willowtip collective, so this is definitely one of those ‘there could be no more pefect union’ sort of moments.

Cathexis are equal parts head-spinner and steamroller, presenting an eight-song mechanization that is just dissonant enough to feel suffocating yet incredibly angular, so that from the opening moments of “Horizonless Realm Of Mechanical Retribution” it never seems like the band settle into one hefty groove until about halfway through. Instead the band pile part atop part, stacking enough that the moments where things get strangely melodic are more haunting than reassuring, as it feels like you’re just waiting for the next moment when vocalist Ian Bishop howls directly in your face.

That means you have moments like “Given To The Colony” arriving to laugh at you and stomp around right when you’ve been sucked into feeling like things have calmed down after Untethered Abyss‘ opener. In fact, one of the few moments of traditional, slow oppression arrives in the song “Red Hook”, which is just one big riff and big vocal line after another. It’s also the one time before Cathexis go fully long-form-songwriting, since everything following that song – save for the slightly grindier “Isolated Malevolence” – clears the four-minute mark with ease. “Library Of Babel” is one of those “behemoth which bestrides the earth” style songs, and “Reanimated Kin” is a near perfect display of drummer Felix Garza hammering a kit to pieces to close their album out.

If you’re seeking a bigger, brawnier take on death metal, Cathexis‘ chasm-filling style could easily have you covered here.