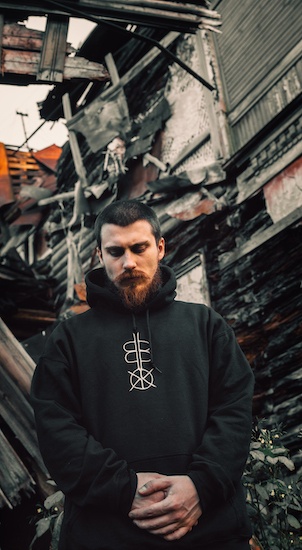 It’s time to dig out Rye’s roots with its founder Vladimir Frith. 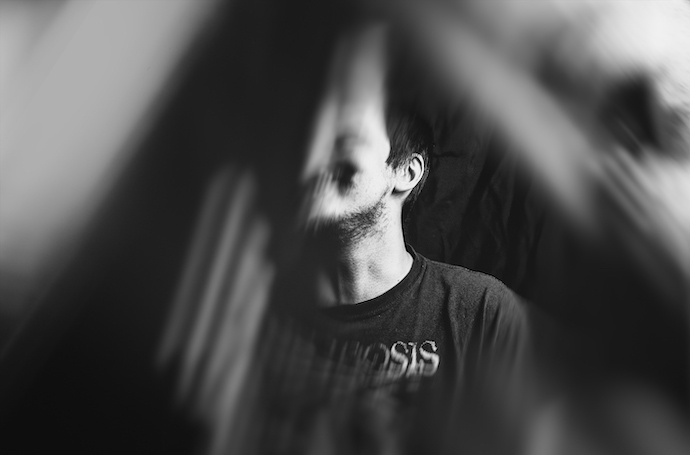 Hi Vladimir! How are you? I returned from Karelia a few days ago and I believe it’s still damn hot there.

Good day! Yeah, this heat melts all and everything. The only thing we are to be envied now is the massive gnat horde that hovers over those who venture out to a watering hole. This sure is one appalling accord.

You founded Rye in 2012, but it seems the project was rather inactive ’til 2019 when he first EP ОдинСажень/Odin Sajen’ appeared. How did you spend this first period?

At that moment I felt a particular urge to put my ear to the ground. Recorded a couple demo tracks (did the best I knew how at that time), put that huge bonfire as an album cover (a photo I took during my latest trip), and then everything sunk into oblivion for 7 years. Since then, one could catch a glimpse of Rye in my other works, improvisations, ambient live sets, street performances, and it remained sunken until I decided to start over with the release of Один Сажень / Odin Sajen’. 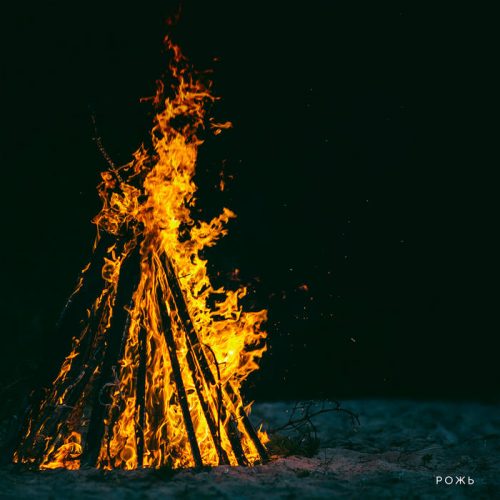 The Остов / Ostov EP followed after Odin Sajen’ in 2020, and I’ve gotten the impression that there you found a way to express Rye’s concept in a more fitting way. How would you sum up the general idea behind Rye?

Perhaps I am none the wiser about it even after all this time. When I catch music up, all ideas, concepts and aesthetics are left out there, somewhere far away. Does the wind that uproots trees or the murmur of a river in the morning possess an idea? A fire that consumes the carcasses of children, which were locked in a barn, does not express one either. If I exert myself and try to characterize Rye, then I would say that it is earthly chaos reflecting through the prism of human perception riddled with specks of experience, yet still nowhere near the true essence.

What does “Rye” itself personify for you?

Rye is an immense field; each human being ends up all alone in the midst of it. Someone rushes through not knowing there is no end. Someone peers into the grain trying to comprehend the Great Origin. Someone lies down and stares into the sky as if it was a mirror, while contemplating existence. None of them seem to notice the scythe glistening in the distance.

The artwork for your new album Вечное / Vechnoe was created by Olga Volgina. Was it done especially for the album or did you pick it up because of common ground between painting and music?

All three albums feature artwork hand-drawn by Olga (www.facebook.com/OlgaVolginaArt), and it is a great piece of luck for me. Usually, I send her unfinished material, and then she creates album art inspired by it. I provide her with some abstract ideas or spur-of-the-moment impressions, however they are soon carelessly thrown off the table, for she takes everything I wanted to express straight from the music itself and exceeds all my expectations. The process of creating artwork carries us both away as we exchange feelings and hide little details amongst the lines. In short, we find ourselves in tune with each other.

What kind of musical ideas did you aim to express through new material? Did you have a strict plan after the previous EP or was it something more spontaneous?

For years my music has been about the very same thing. As for what was brewed in Вечное/Eternal, I wanted to express certain things that would reflect everyone who looks into it, as cliché as it may sound. Wrathful would see the ugly side of violence, forlorn would feel as part of something larger, despairing would be reminded of the innermost… Though by no means am I a humanist, and first and foremost wanted to cast a shadow of this very same thing onto our minds that are thought to be just.

How would you determine the strong sides of Вечное / Vechnoe?

Definitely mastering! Kidding. I think it would actually be that this is still homebrew. It is hard for me to be truly unfeigned while I’m in a studio. Sacrificing quality for the sake of candidness may be the strongest side of the album.

And what would you like to improve in your future songs now, when the album is done and you have had some time to look from aside?

Suppose I need to further progress the engineering aspect of making music. Slowly but surely, I learn the mixing basics and spend earnings made from album sales to buy necessary equipment. At last, I acquired my first studio monitors. Let’s see what it’s like to mix using something other than headphones.

You also have three more bands/projects — Drwa, Reflection Nebula, and Vladimir Frith. May you tell about them?

There is a tad more of them, however these three are the initial ones.

Reflection Nebula (incomingtransmission.bandcamp.com) is my first brainchild, both the 8-year-long therapy course and a confession to the universe that incorporated a massive array of emotional and sacral experiences. I defined it as doom ambient. As of today, Reflection Nebula (reflectionnebula.bandcamp.com) has grown into the collective and acts as the harbor for me and my friends.

Drwa (drwa.bandcamp.com) is an excerpt of a canvas lined with mantras. We recorded this together with Gan Bao, a member of the black smokers formation.

For the past several years I existed under the guise of Vladimir Frith (vladimirfrith.bandcamp.com). You may hear the continuation of Reflection Nebula as well as other experiments in a diverse number of genres and for different projects.

Rye is an amalgam of a few different genres. Which one attracted you at first? Can you name one which is more crucial for you? Which made Rye’s fundament?

I know that one particular genre is highly regarded at this time, so I could’ve said “Yeah, black metal”. However, it would be dishonest, since Rye is leaning more towards doom, than atmospheric black, ambient and folk. In any case, I really love all these genres and aim to further work with them. 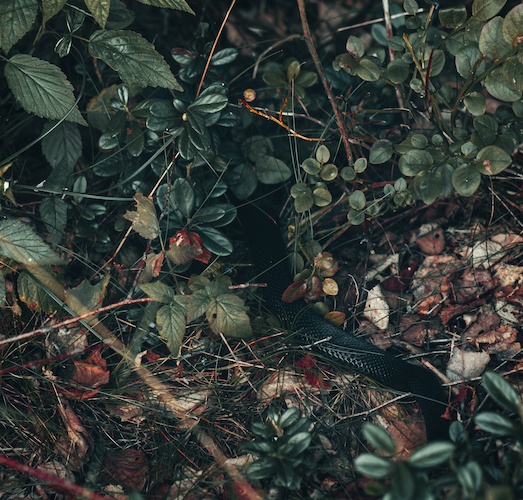 Are there any bands’ names which might help to understand your background?

I could’ve made a very long list; however, I’d restrain myself to mention only bands and artists who had an impact on some aspects of Rye: Ulver, Corrupted, Longing for Dawn, Forndom, Skagos, Panopticon, Fall of Efrafa, Wolves in the Throne Room, Altar of Plagues, Coffin Dancer, Alfred Schnittke, Jóhann Jóhannsson.

What are your plans concerning Rye for the rest of 2021? Will you take a pause to promote the album and search for a label or will you focus on composing new material?

The plan is to successfully send out all merch orders. For the first time I am on the receiving end of such response from listeners and feel a bit overwhelmed by the scope of forthcoming packaging and distribution works. Now I understand what is the proper perk of being signed with a label.

Well, either way these are uplifting efforts; I would gratefully and gradually mail out those rugged parcels to everyone who ordered. And then we’ll see. 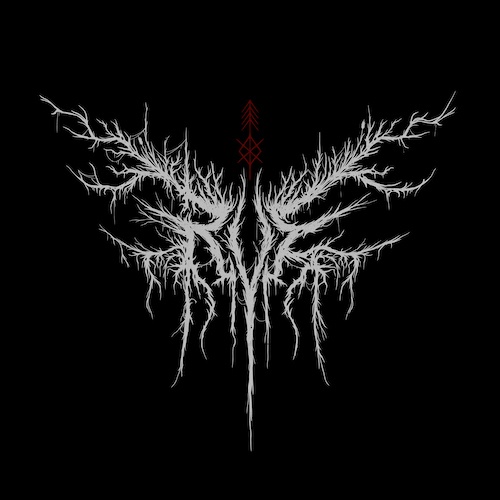 Who are more active considering the feedback you have received – Russian or foreign listeners? And how do you build connections with a label that could help you with the album’s promotion?

Rye was mostly received with a generous spirit both in Russia and around the world, though the most cordial feedback came from the US and Western Europe despite the band name and lyrics being in Cyrillic.

My friend Andrey from Olhava (olhava.bandcamp.com) warned me of potential issues with titles written in Russian, and of course he is right, yet still I decided to supplement lyrics with faithful adaptations in English, rather than change them altogether. My confidant Kirill of black smokers (blacksmokers.bandcamp.com) helped with the translations. That reminds me, this very moment he is translating these answers. Hey there, Kirill!

There is still the aforementioned Reflection Nebula that has been reimagined as a collective of artists. The idea itself might sound like a pipe-dream – I wanted to unite kindred souls, not only musicians. Honestly I didn’t know where it would lead us, though something is already looming on the horizon. When it comes to a label, Rye is not signed to any label thus far.

I had a pleasant experience working with the wonderful DIY label snowslow records (slowsnowrecords.bandcamp.com). Together we agreed upon the distribution of Вечное / Eternal cassettes, and I think this cooperation was rather fortunate for both of us.

Thank you for the interview Vladimir! Just let me know when you have new material complete and we’ll figure out how to support it!

Thank you for taking an interest in Rye, take care. 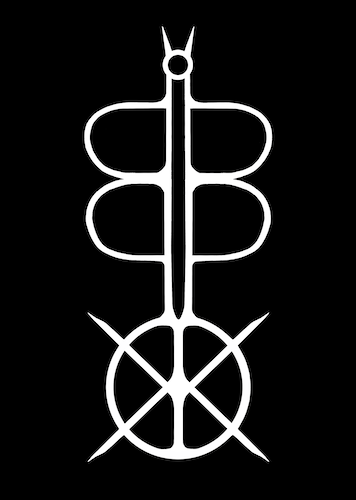