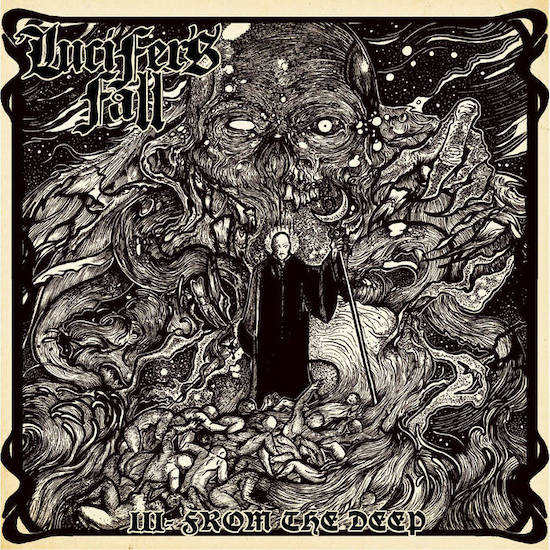 Active since 2013, the Australian doom band Lucifer’s Fall follow in the footsteps of the greats, of Witchfinder General and Saint Vitus, of Pentagram and Reverend Bizarre. And they’re resuming their march with a new third album that’s set for release on August 8th by Sun & Moon Records. Its name is III – From the Deep, and today we bring you a video for the new record’s opening track, the epic “Trident Steel“.

This song alone demonstrates the variations that Lucifer’s Fall bring into their sounds, and the supernatural inspirations of both their lyrics and their music, while remaining true to the traditions of classic doom and heavy metal. And yes, it’s an exception to our porous rule about singing — for good reason. 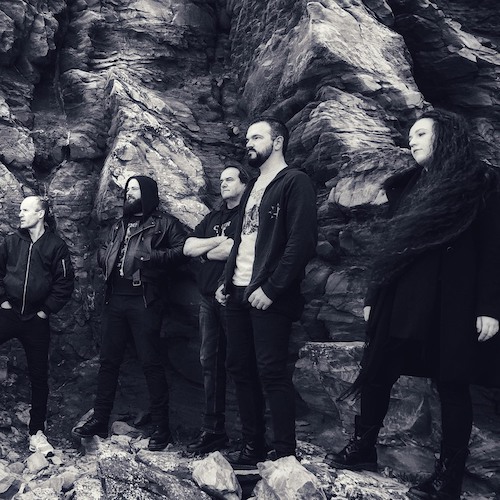 You’ll see the lyrics of “Trident Steel” in the video, along with scenes of the band performing both on stage and in the rehearsal room. Those lyrics narrate the storm-shrouded rise of the ancient sea god, brandishing his steel trident and wreathed in the eerie fire of arcane power, prepared to turn the world into a charnel house for his monstrous feast and to send mariners to their doom in the depths, while leading a cult of the living and the dead who will find no rest under his power.

Even if you couldn’t read the words, you could clearly hear them in vocalist Deceiver’s passionate, powerful, and gritty renditions. Behind him the song advances with heavy, menacing riffs and rambunctious and rumbling drumming. The music heaves and stomps, building sensations of ominous power. The menace boils over as the guitars writhe and roil, and then with a brief pause the song surges into a hammering gallop, with riffing that turns vicious, channeling feverish turmoil and turbulence, matching the terrible devastation recounted in the lyrics, but entwined with sounds of eeriness, evil, and downfall.

Down below you’ll find a stream of a previously released track from the album, “Across the Void“, and be sure to check that one out in addition to today’s premiere.

Sun & Moon will release the album on CD and digitally in August, to be followed by a vinyl edition in November.