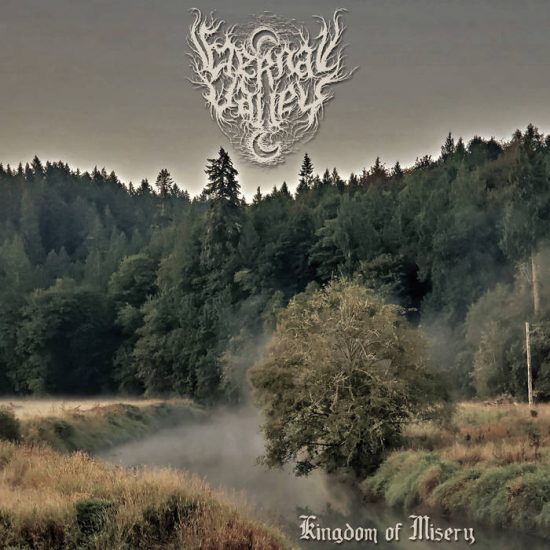 (Our contributor Gonzo wrote this review of the new album by Eternal Valley from Portland, Oregon, which was released earlier this month by Northern Silence Productions.)

While I’ve certainly endured plenty of shit over the past year, as I’m sure all of us have to some degree, the right music can capture the mood and makes the grief a little more bearable. There’s a certain comfort in listening to music that’s been written and played by someone who might be experiencing the same thing you are at the time, and when it’s played so intensely and urgently, it can prove to be downright fucking cathartic.

All of this is what I immediately felt the first time I listened to Kingdom of Misery by the Northwest’s one-man master of the morose, Eternal Valley. 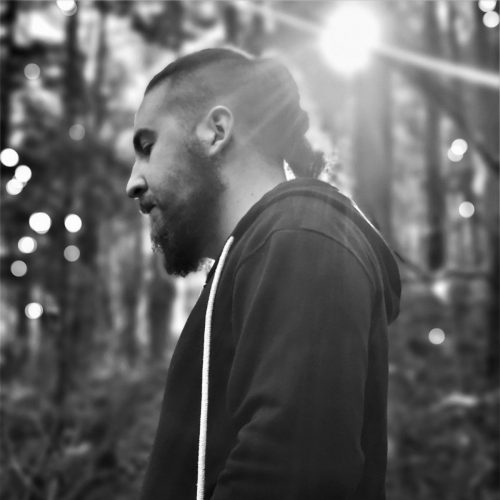 Unbeknownst to me until recently, Eternal Valley’s mastermind Jason Yorke, a.k.a. Orszar, has been churning out sonic studies in anguish and despair for the better part of the past decade. In 2013 and 2014, he put out a whopping four full-length albums consisting of heartbreaking melodic post-black metal. With Kingdom of Misery, it’s the first we’ve heard from him in four years, but the output found in it is some of the most captivating extreme metal you’re likely to hear throughout 2021.

Opener “Morose II” sets the stage perfectly for this album, with beautiful and ethereal leads that pierce through Yorke’s tortured screams. What follows with “This Endless Night” is a mammoth exercise in heart-wrenching despair, but it commands your attention no less. It’s six minutes and 41 seconds of urgent post-black metal that isn’t afraid to be as vulnerable as it is brutal, which is an extremely delicate line to cross when it comes to heavy music: Drift too far into the vulnerable, and you’ll get the same criticism Alcest got with the release of Shelter; lean too far into the heaviness, and you’ll be removing the raw emotion that makes the song so special.

Yorke walks this line expertly. The dynamics that pepper Kingdom of Misery are wrought with anguish, and they are the blood that courses through the veins of the record. Without them, Eternal Valley wouldn’t be able to exist. The chorus of the record’s title track practically reaches out to personally wrap its fingers around your throat, as if you’re the one responsible for inflicting the songwriter’s pain: “You make me feel like I’m buried alive / You make me feel like I’m losing my mind.”

The flat baritone of Yorke’s clean vocals that dominate “Hour of Agony” work as a brief respite to the unfettered, scathing torment that bookends it on either side. In fact, the song is one of the record’s strongest, and that’s saying quite a bit in this case. The upbeat gallop of “When the Skies Collapse” might be the least depressing bit you’ll hear throughout it, but again, those leads just threaten to rip your heart out nonetheless. Even when anguish and despair aren’t the prevailing themes here, Yorke keeps you engaged through the use of sheer raw emotion in whatever form he wants. He’s a master of motif, through and through.

Amazingly, I keep finding myself returning to the cold, icy grip of this incredible record, even for as heart-wrenching as it is. It’s a gorgeous exercise in catharsis. It’s heavy, bleak, and yet somehow inviting and seductive all at the same time. Lose yourself in this one. I don’t necessarily want to know what keeps Jason Yorke so miserable, but I’m definitely finding myself happy to commiserate with him.