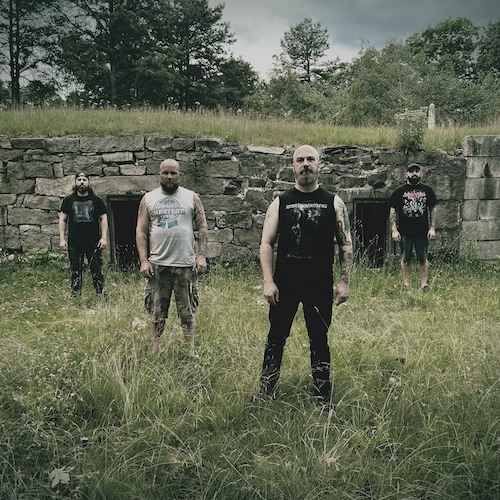 The first song I heard by the blackened death punk band New Hell from Providence, Rhode Island, was a single called “Ashes” off their 2020 EP Phosphorus. It was a super-heated race that left vivid after-images, but in addition to delivering a searing adrenaline kick, there were feelings of tension and angst in those sounds, as well as oppression and bleakness. Now we come back around to new New Hell again, but it’s a different kind of hellishness we have from them today.

What we have now is the premiere stream of a track called “Abuse of Power“, which is being released today as a single but will be included on the band’s forthcoming split with New Hampshire’s The Slow Death of Gaia, which will be released on August 28th by Deciduous Records. 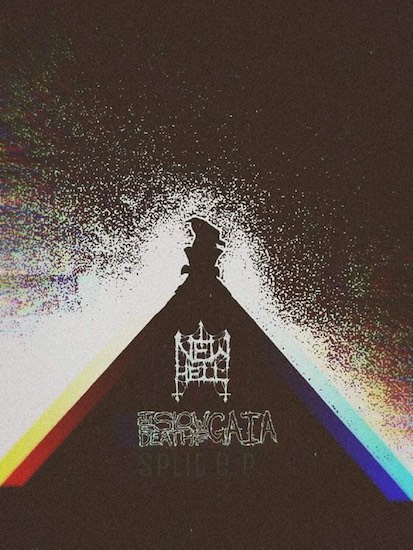 It wouldn’t be a bad idea to have an orthopedist on speed-dial before listening to “Abuse of Power“. The song is massively brutish and bludgeoning, with bowel-loosening levels of low-end distortion aiding in the delivery of pavement-smashing pile-driving chugs. When the snare work kicks the song into a higher speed it becomes a rumbling, rock-crushing tank attack.

In the midst of all this titanic mauling, the lead guitar whimpers and quivers in dismal and demented tones, and the enraged vocals are incendiary in their larynx-shredding extremity — and then monstrous in their growling hostility. Eventually, the incipient lunacy of the lead guitar overflows into full-on feverish derangement, accompanied by a massive, mangling cacophony in the subterranean decibels.

As noted above, you can pick up this demolisher as a single today — name your price on Bandcamp — and then look forward to the split on August 28th.

One Response to “AN NCS PREMIERE: NEW HELL — “ABUSE OF POWER””