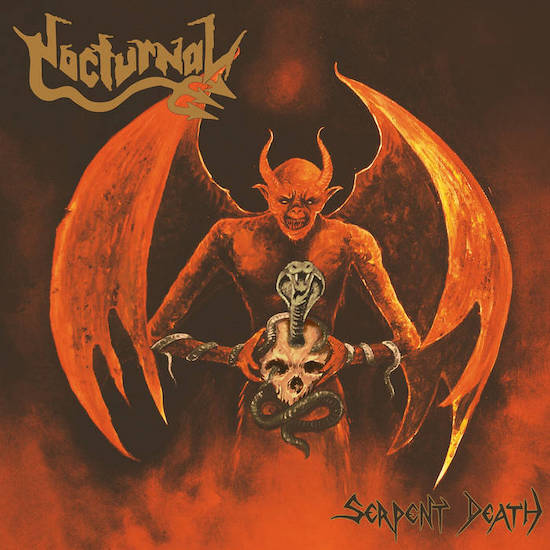 The German black thrashing extremists in Nocturnal should need no introduction. For the last decade-plus, they’ve been scorching eardrums and adrenalizing bloodstreams in ever-more formidable and ferocious fashion, while continuing their quest for the perfect combination of sound and slaughter that best represents their violent and venomous ethos.

On the other hand, Nocturnal don’t pump out albums quickly, and it’s been seven years since their last one, 2014’s Storming Evil, with only one split to fill the space. Thankfully, they’re now ready to release their fourth full-length, Serpent Death, which includes a changed line-up to accompany founding guitarist Avenger.

What we have for you today is the premiere of a blistering track from the new album, one that will jet your energy levels into hyper-drive. 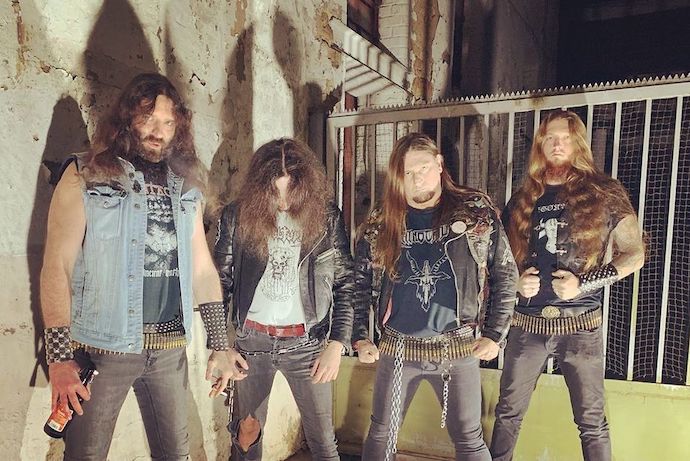 The song begins with a classic heavy-metal overture, a combination of big booming drums and momentous brazen chords that seems to announce the impending arrival of an evil eminence — and then the doors of hell burst open and the band come flying out like bat-winged demons, fast, fiery, and savage. Invoker’s voice is feral and ferocious, with a spine-tingling ability to instantaneously convert his raw, scorching snarls into crazed screams. And Avenger’s high-octane riffing is equally crazed and incendiary, but also immediately addictive. John Berry‘s galloping drums and Incinerator’s pulse-pounding bass drive the song relentlessly, keeping this diabolical frenzy in the red zone straight through to the bloody end.

If your appetite has been whetted for more, you’ll be happy to know that there are two other tracks from Serpent Death up for streaming, and you’ll find both of those in the player below.

The album will be released on August 27th by Dying Victims Productions in a variety of editions and bundles, including red and black vinyl (with clear vinyl available in a limited box set), CDs, and cassettes, as well as digitally. Explore the options via these links:

No Responses to “AN NCS PREMIERE: NOCTURNAL — “VOID DWELLER””