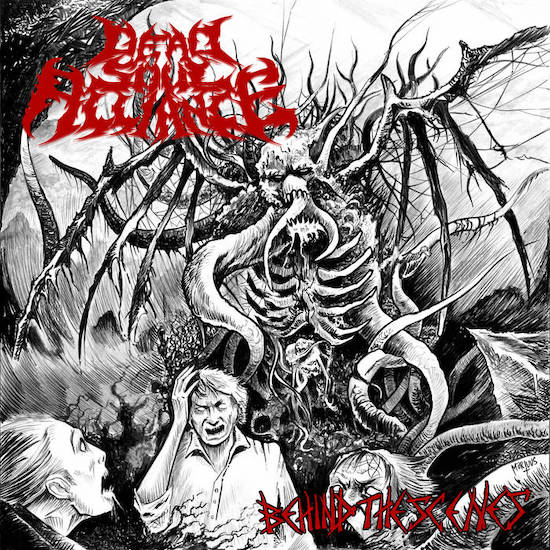 We’ve enjoyed watching the relentless forward progress of the Canadian death metal band Dead Soul Alliance, from the first self-titled demo in 2011 to the 2013 EP Proud To Die (reviewed here) and the 2017 EP Slaves to the Apocalypse (reviewed here), and now we have the band’s debut album, Behind the Scenes, which is set for a September 3 release by Bitter Loss Records.

From the beginning, the band has been the creative vehicle for vocalist and multi-instrumentalist W.D. On this new album he’s joined by drummer E.H., and together they’ve created a ravishing experience that revels in both the brutality and the eeriness of old school death metal, while displaying the kind of dynamic songcraft and attention to evocative melody that makes the songs memorable.

We have a great example of these qualities in the track we’re premiering today, a multi-faceted experience that presents an amalgam of rampant ruthlessness, berserker madness, and stirring melody. 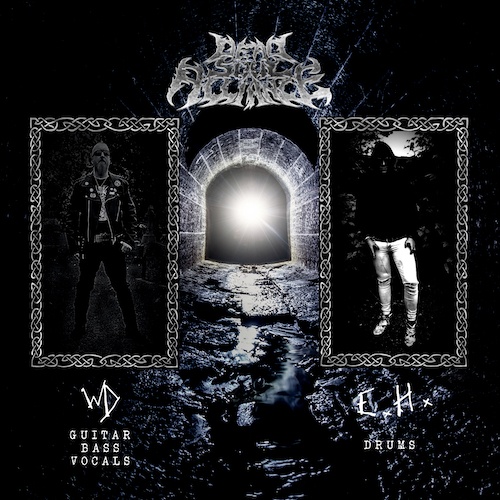 “Perpetual Recycled Existence” (which closes the album) leaps from the starting block in a flurry of pummeling drums and distorted riffing whose cold whining tones feel dismal, diseased, and demented. The band augment those sensations with gruesome growls and segment them with imperious blaring chords and brutal percussive pounding. They also inject bursts of maniacal, swarming fretwork and bullet-spitting blast-fests.

But the song’s dynamism doesn’t end there. At times the music seems to swing, swirl, and cavort, creating a feeling of ebullient madness to go along with the predatory cruelty. And near the end there’s an extended guitar solo that’s deeply haunting yet also grand and glorious. It soars to thrilling heights and becomes the standout episode in a very strong song.

(P.S. We realize the Bandcamp player names the song as “Equilibrium Dead“, but that’s an error and will be fixed.)

Bitter Loss will release the album on CD and digital formats, and a cassette tape edition will be forthcoming from Dawning Septic Productions.

Behind the Scenes features cover art by Mörtuus-Art, and comes highly recommended for fans of Grave, Cianide, Benediction, Unleashed, and Asphyx. We’ve also installed a player after the following links that will give you a chance to check out two other album tracks, “Mental Comatose” and the record’s first single, “Behold Forever Darkness“.