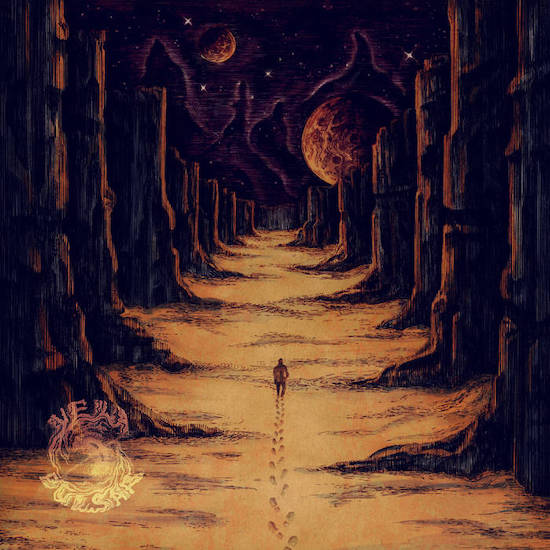 The music is a hybrid of symphonic and post-black metal that’s both ravishing and profound. Over the course of three long tracks it creates wide-ranging sensations of turmoil, longing, and transcendence that are all artfully constructed and emotionally involving at a visceral level. What we have for you today is a lyric video for one of those three tracks, “Reverence of Being“. 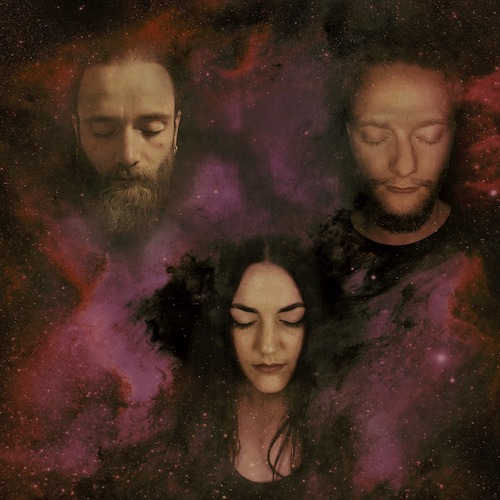 Like all of the tracks, this one is the kind of vivid sonic tapestry that reveals a host of experiences in narrative fashion. Even in the opening minutes you get a good sense of how dynamic and multi-faceted the changes will be.

At the start, the percussive sound of something like a broken heat pump becomes assimilated into the mesmerizing tones of symphonic strings and a glittering guitar harmony. When a pulsing bass and clattering drums join the frame, along with abrasive raking chords and vicious screams, the mood of the music changes again, becoming dismal and desolate. Jittery and quivering guitars and tumbling drums create tension and an increasing sense of despair, which magnifies through blasting drums, writhing fretwork, and venomous growls.

A distressing tremolo’d melody worms its way into your head, even though accompanied by the scathing vehemence of the vocals — and then a sad, ringing guitar provides a brief break before the music swells again, more stately but more downcast, providing the backdrop for a mesmerizing guitar solo. The drumming throughout the song is a vibrant and vital presence, and though it becomes frantic near the end, the chords ring out like a staggering funeral march. A scintillating guitar lead rises up, and leads the song to a wondrous celestial finale in which orchestral strings fashion a final sea of sorrow.

Those were our impressions above, but we also want to share the band’s own reflections about the track:

“Reverence Of Being” conveys both a sense of struggle and of overcoming adversity – both physically and within – while being paired with a sense of hope. While not a direct reference, it could be looked at similarly to the Nietzsche quote ‘to live is to suffer, to survive is to find meaning in the suffering,’ and both of those aspects being a part of you and are worth revering. This is shown in the music too, through moments that are both dark and foreboding, and warm and uplifting, leaving you with the conclusion that despite all that’s happening, the only thing you can do is persevere. With the inclusion of orchestrations, acoustic guitar passages, both tribal and blast beat drumming, dark atmospheres, a melodic climax and a soaring ending, Reverence Of Being is a representation of nearly everything that Vela Pulsar embodies as a band.

Credit for the performances is as follows:

The albm is available now on Bandcamp and other streaming services — and below you’ll find a Bandcamp player with all three songs available for listening.