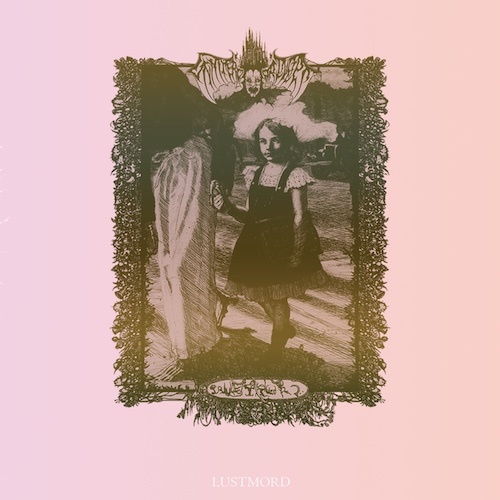 Today we premiere a song from Lustmord, the debut album of Sentiero Dei Principi, the solo work of Nicola Redavid from Bari, Italy, in advance of its October 1 release by Esercito della Chiesa Dorata. But before we turn to the music, we want to share information about the concepts that underlie the album, because it will shed further light on the sensations of the music itself, and on Nicola Redavid‘s characterization of the style as “romantic black metal”.

The album’s title is a German word meaning “lust murder”. As described by Sentiero Dei Principi, it is a theme “that brings to mind scenes of violence but which at the same time contains a less raw and more psychological meaning, useful for what is the vision of childhood (where love is not necessarily understood as a relationship between lovers but also as a “child/parent” relationship), which is hit by events and traumas that lead to a sort of ‘death of love’. The traumas of childhood then have repercussions on development and adulthood, becoming partly responsible for crimes such as lust murders”. 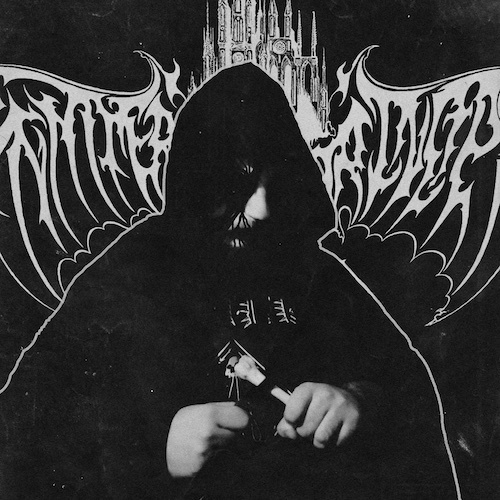 And thus the record has a double meaning: “one in which children’s life is not as easy as you can expect (‘Incantesimo dell’innocenza’, ‘Tema bambina’) and one where an adult, as a psychotic murderer, reminds the days spent with the victim, using allegories in order to emphasize his sick vision (‘Se ti avvicini, la uccido’)”.

The album is dominated by an aura of death and depression, but the music also captures moments of lucidity and hope, an “awareness of the good that takes us to a safe and idyllic area, hard to reach, represented with the bucolic image of ‘gardens'” — a word that appears in three songs on the album, including the harrowing and haunting track we’re premiering today — “Rinascono le Tamerici” (“the tamarisks are reborn”).

The song strikes like a shock wave, an expanding burst of hyper-blasting drums, throbbing bass, and searing, shining riffage. With no warning, those ravishing sounds vanish, providing space for spoken words, and then the sound explodes again, augmented by ferocious howls and screams. The enveloping waves of trilling melody are both wondrous and melancholy, but again broken by less breathtaking and more introspective passions, including a beguiling instrumental which resembles the tones of a harpsichord and does seem to reflect a grasping at hope.

Following another spoken-word passage, the music whirls and dances, again propelled by heated visceral rhythms of changing patterns, and accented by glittering melodies of varying shades and by an extended solo that seems to channel remembrance and yearning. But as this long and elaborate song draws to a close, the music’s mood darkens and becomes more despairing, as if hopes have been extinguished.

Lustmord will be released in vinyl LP, cassette tape, and digital formats, along with merch, and pre-orders are available now: