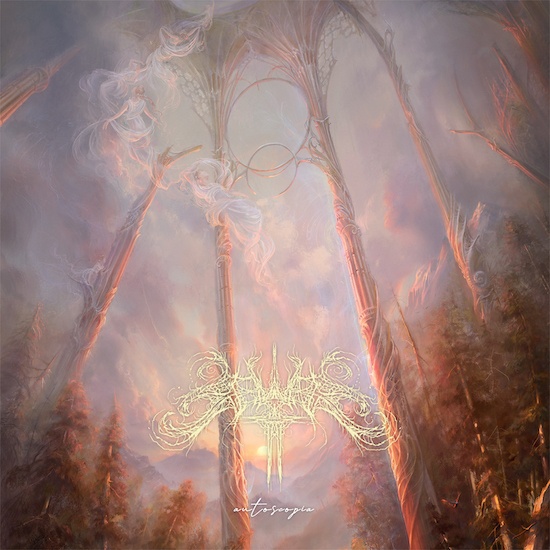 The gorgeous cover art created by Taya Rostovtseva for the debut album by the U.S.-based atmospheric black metal band Seltar is evocative of the music itself, and of its inspirations. As Seltar’s sole member Invierno explains:

“Shimmering lights silhouette the dense trees, obscuring the landscape. In solitude, the body rests vacant as time evaporates into the ether. A cosmic ancestral energy perfuses the spirit inciting it to depart the physical realm. This intangible power emanating with the accumulated wisdom from distant eras hearkens the lifeforce towards a transdimensional journey to experience worlds beyond. The ego is abandoned. Gazing upon its exhausted earthly chassis, the spirit is enchanted into an ancient passage to attain fathomless vision. Autoscopia is a series of hymns to detach from this dimension and travel to a spectral plane.”

Combining with the artwork and Invierno’s words, we have the premiere of a song from Autoscopia named “Aurora” which provides a further powerful insight into the journey encompassed by the album — which will be jointly released on October 1st by Casus Belli Musica and Beverina Productions. 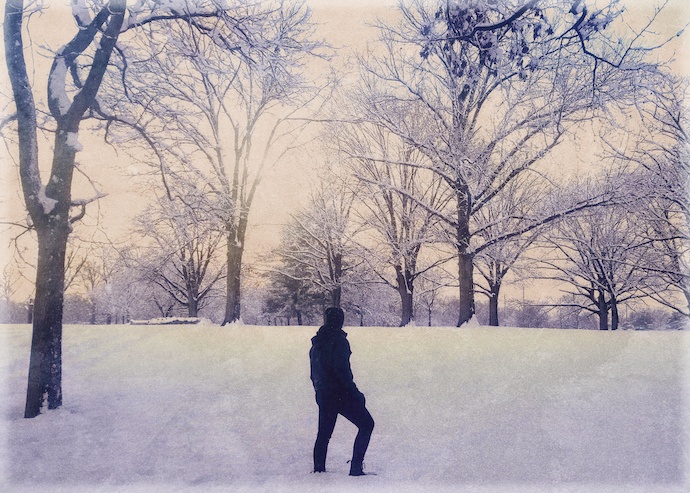 Much like the atmospheric phenomena brought to mind by the song’s title, softly ringing notes and shimmering ambient tones at the outset create a mystic and mesmerizing experience. And then drums begin blasting and the riffing seethes and swarms, but also gleams, seeming to channel both turmoil and yearning. Synth music slowly washes over the turbulence in lush waves, and flickering leads flash like fire. High, scorching screams and booming tom drums magnify the music’s emotional intensity, which turns in beleaguered directions and also soars in panoramic fashion.

The brilliant sheen of the swirling and flowing guitars is glorious, weaving immersive melodies that are both stricken and inspiring, crying out in ways that are both heart-swelling and heart-breaking. The song builds to a towering crescendo and then softens and moodily turns inward, becoming hypnotic again with a simmering pulse. Booming drums lead into feverish fretwork and wondrous cascading synths once more, creating a juxtaposition of sensations that are both celestial and visceral… until they slowly fade away.

In addition to “Aurora”, Autoscopia includes three other long tracks, for a collective total of 43 minutes. The CD and digital release will occur on October 1st, but a vinyl edition will follow those in January 2022.