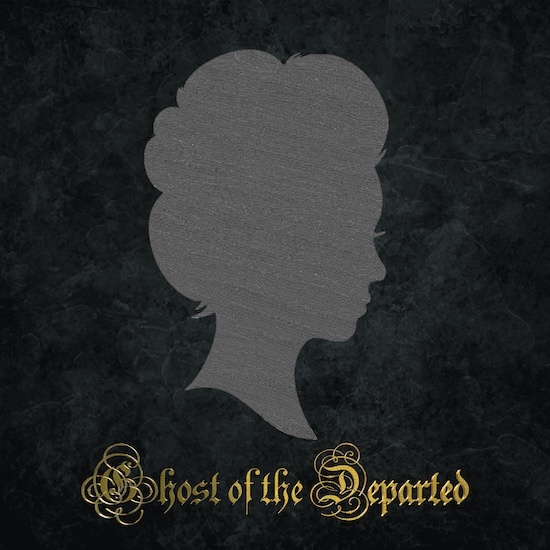 Last fall we made one of those surprise discoveries that’s a source of constant motivation to dig deeper into the underground rather than just paying attention to the names most people already know. That discovery was Conqueror Worm, the debut album released by Anthrazit Records from Sepulchre by the Sea, a genre-bending one-man band who drew inspiration from the works of Edgar Allen Poe. As we explained here, the music explored some adventurous and interesting (and frightening) ideas that were embroidered around a spine of atmospheric black metal.

Now we’re pleased to report that Sepulchre by the Sea will be releasing a new EP on October 1st entitled Ratiocinations. It continues the Edgar Allen Poe theme and is based on the famous, and first ever, detective stories that Poe wrote. And to help spread the word about it, today we’re presenting the video premiere of the EP’s first single, a multifaceted song named “Ghost of the Departed“.

Though the song begins with a lilting melody that sounds something like the piano theme of a child’s music box, it becomes a torrent of feverish guitar harmony, surging bass, clattering drums, and scalding screams. The music’s intensity is tormented and searing, backed by the application of sandpaper abrasion. A feeling of despair comes through in the piercing tones of ringing chords, and menace mounts in scathing gales — but baritone notes, glinting arpeggios, shimmering cymbals, and urgent spoken words give the music an inward-facing mood of haunting, dreamlike wistfulness that provides an enthralling conclusion, though it’s a spell edged with tension.

As mentioned at the outset, “Ghost of the Departed” will be included on a new EP named Ratiocinations. Further details will soon become available via the band’s Bandcamp and Facebook pages — so check those out (and give a listen to Conqueror Worm here):

2 Responses to “AN NCS VIDEO PREMIERE: SEPULCHRE BY THE SEA — “GHOST OF THE DEPARTED””