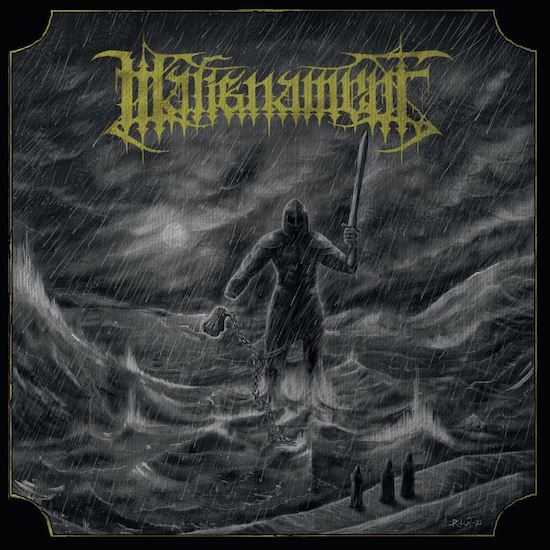 In November 2019 I came across the debut demo of the Finnish black metal band Malignament (reviewed here) that halted me in my tracks and sent my heart racing. It combined ferocious strength, a sense of panoramic scale, and intoxicating melodies of unbridled emotional power that penetrated deeply.

It was thus terrifically good news to learn that Malignament had completed work on a debut album. Entitled Hypocrisis Absolution, it’s an eight-track pageant of war and woe that builds upon the promise of the demo and really is breathtaking from beginning to end. And thus we’re thrilled to premiere an album track named “Call of Arms” today, in the lead-up to the album’s September 24 release by Primitive Reaction. 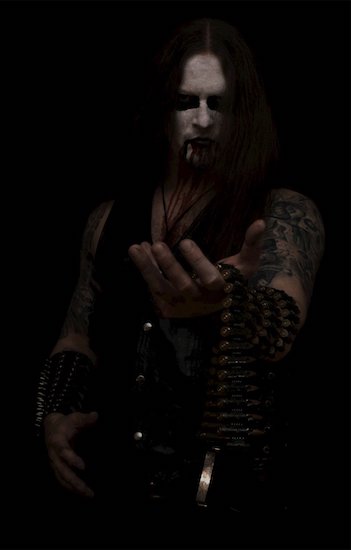 This song was one of the two that first appeared on Malingament’s debut demo, but has been re-recorded as part of the single piece that these eight songs collectively create. It comes second in the track list, just after the extravagant marauding magnificence of “Thunder of Awakening“, which blazes and swaggers in equal measure. “Call To Arms” provides no retreat in the stunning savagery and epic scale of the opener, but introduces different moods.

This second song is an immediate storm of blasting drums and gales of searing and soaring sound, grand in their sweep and scope yet deleterious in their mood. Momentous musical blasts and haughty scalding snarls magnify the intensity even further. The roiling fire of the riffing and the feverish flicker of the leads shift into sounds that are more grimly defiant and also more glorious. Wild and warlike, but also despairing, the music becomes a heroic lament as voices rise up in passion, lifting the song in its finale to the highest summit of breathtaking intensity and power.

The song we’re presenting is the second advance track to be revealed from the album so far, and we’ve included the first of those below — “Like Rats They Followed“. It’s further proof of Malignament’s prodigious songwriting prowess and formidable execution.