Necronautical are a band we’ve been lucky enough to cover since their first record. They’re a somewhat familiar name around these parts since all of their releases have been here and they’ve been the subject of a Waxing Lyrical piece too. In fact, the group’s newest record – and second for Candlelight Records – Slain In The Spirit is now my own third go for a review with this group. So there’s something of a written record of the band here as they’ve grown and evolved into the creature they are today.

We’ve watched as they’ve shifted in terms of both subject matter and the meaning of their name, expanding the group’s lyrical and philosophical reach into explorations of the mind. What was initially a sea-inspired voyage started to become journeys into deeper recesses of spirituality — still nautical, but less literally than before and, given the creeping influences of symphonic black metal on the group’s sound, increasingly ‘necro’ with every release.

Slain In The Spirit is the latest expansion of that, as it works as a natural evolution of what the band started on Apotheosis. The songs presented here are about as expansive as they were on the previous release but this time around, Necronautical have become a little bit more focused in the two years since Slain’s predecessor. 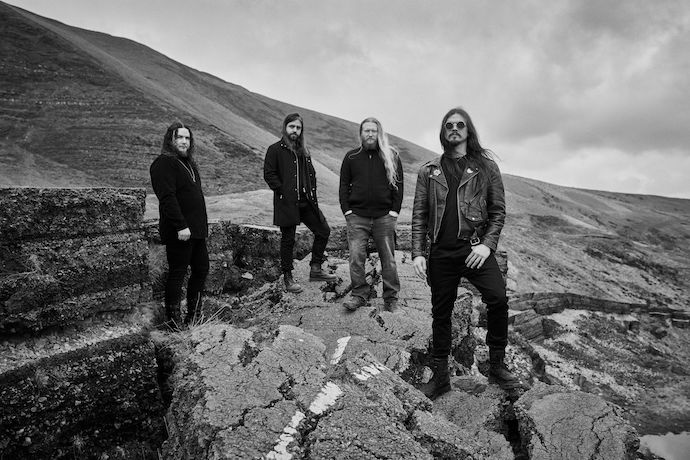 If nothing else, the crew of the good ship Necronautical have remained consistent in their release lengths and how many songs are on them. Slain In The Spirit‘s nine songs and fifty-four-minutes bring it pretty closely in line with both 2019’s Apotheosis and 2016’s The Endurance At Night. Were their cover of Slayer’s “Disciple”not present in the overall running, Slain In The Spirit would weigh in at about fifty-one minutes, putting it right in line with the fifty-two of those two predecessors.

Long story short; Necronautical have had no issue of asking a hefty chunk of your time, and they always plan to put it to full use. That doesn’t change with Slain In The Spirit. This is an album you’ll be buckling up for as wave after wave of black metal buttressed by a healthy dose of keyboard synth washes over you in an attempt to drag you under the tide.

One of the more noticeable things from the get-go is that Slain In The Spirit is a little less cavernous sounding than Apotheosis was. Necronautical certainly carry elements over from that previous album, as the church-organ synth is brought to the forefront much more often here – which makes sense given its spiritual and possession influences – but on the group’s fourth release the band pull back from the black-metal comfort zone of having everyone sound like the recording was done in an empty cave somewhere.

The opening of “Ritual & Recursion” makes that very clear as the group’s grandiose aspirations come into play almost immediately with thundering war drums introducing the whole affair before the band come barging into the recording at full force. The symphonics handle much of their melodic work throughout Slain In The Spirit, whether it be choir samples or an increasingly jagged string sample. The band themselves are an inferno that just burns through song after song and anything you could consider ‘pretty’ that comes along with it is the responsibility of the demented orchestration the band bring along for the ride. 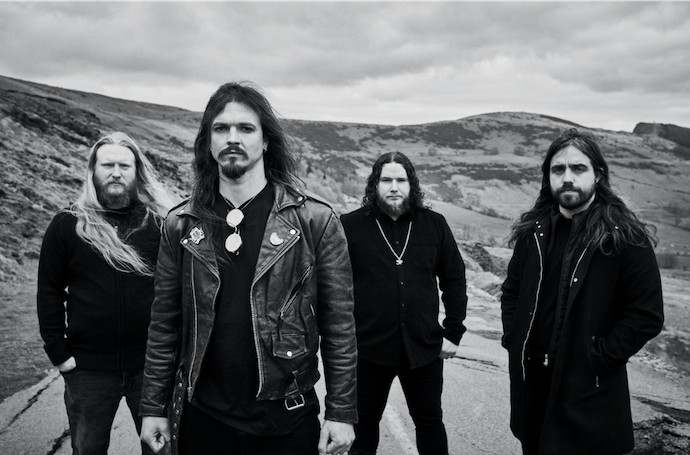 However, it’s also easy to understand how they band would make the title track one of the keystone songs of the disc. While the two before it do much of the grunt work of laying out the blueprint for the album’s sound, from the massive, rolling music with symphonics layered over top of it, the choir samples and female singing providing much of the melody, and the sort of criminally underrated guitar lead work that Necronautical have always been dangerously good at, they all fully come together within the song “Slain In The Spirit”.

It’s a good thing too, since – like its immediate predecessor – it’s a beefy seven-minute song and the band make full use of everything they’ve got to fill that time. There tends to be one song that is something of a showstopper in every Necronautical album, the sort of track that you can’t help but get stuck on for a while, and in the new album it’s the title track. Unfortunately, it’s the third one in the lineup, which makes it tough getting on to everything else. At least Apotheosis and The Endurance At Night waited until about the halfway point of the album before starting to sling the earworms at you. Here it happens early on, and it’s hard not to let that one repeat a few times as you dig through just how much Necronautical are throwing at you.

Of course, that doesn’t mean the rest of the album isn’t worth it, because one of the other tropes Necronautical established early on in their career is that every track they record is consistently good to great, so there’s always another handful of attention-grabbers elsewhere in the lineup. The tongue-tying “Necropsychonautics” – which understandably the band made a video for – is one of the album’s shorter songs, and Necronautical’s approach becomes ‘everything we have, all in one go’. There’s almost no room to breathe in that one, it’s just a suffocating assault of black metal from the first moments after the initial drum-volley lures you into a false sense of safety.

“Pure Consciousness Event” bares a few similarities with some of the group’s more epic-length songs in their discography by having a cinematic scope. The quieter bridge in the center does a lot to break up the song after the previous tracks have all been these big, lumbering beasts of music with the lightest of airs of camp to a few of them once the band lean hard on the church organ effect. When the band fade back in a little bit before the four-minute mark of “Pure Consciousness Event” with the “storm of calm” roar that leads into the actual mention of the song title, it becomes one of the ‘holy shit’ moments of the album. 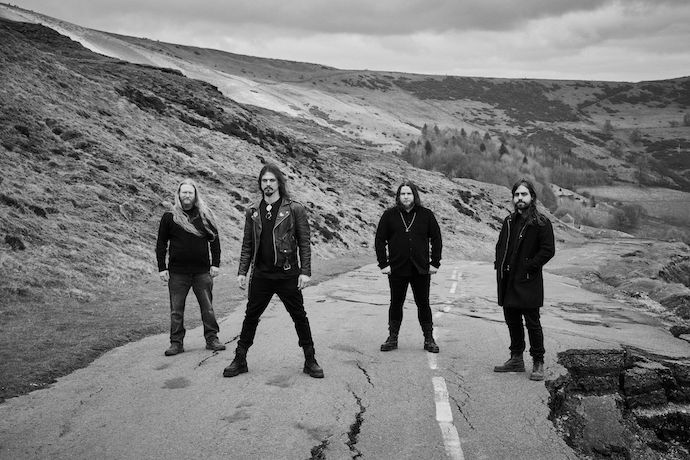 Necronautical choose to send Slain In The Spirit out in an interesting manner with a song of their own and that Slayer cover that the band work real hard to make sound like their own. If you’ve ever wanted to hear Slayer’s “Disciple” turned real blast-y, with a bit of orchestral work in the background, the cover is a lot of fun. It’s still recognizable but the band don’t play it completely straight.

“Death Magick Triumphant”, though, is a slower number than the sort of constant roll that defines much of Slain In The Spirit. It’s actually the sort of song that could bridge the gap between Slain In The Spirit and Apotheosis as it feels like the one written most in that style – for lack of a better term – and you could easily slot that one in the previous discs lineup and it’d fit just fine. With the boisterous clean singing that worms its way throughout the song, “Death Magick Triumphant” does its best to differentiate itself from an album that is always stuffed to the brim with music. Many of the songs on the album function in that manner: They all have that one extra thing to help break things up so you can differentiate them instead of viewing the album as one gigantic mass of guitar and hammering rhythm section.

In part, that’s why Slain In The Spirit feels like Apotheosis but more refined. Necronautical found so much to work with in the sound they developed on their previous disc as the admiralty uniforms were set aside in favor of all things grim. Slain In The Spirit is an album of that sound put into a forge and worked on. It’s a little sleeker sounding but wildly more ambitious and expansive in its songwriting aims. Of course, there’s always a little bit of a benefit to the shock-and-awe approach as well, so when Necronautical spend whole songs just launching volley after volley after you, you sort of get the same shit-eating grin you get whenever a band just buries you in bombast for five or six minutes at a time – or in Necronautical’s case, closer to six and seven minutes at a time.

Slain In The Spirit is a very good addition to the band’s overall catalog, and if there is a little justice in this world, it should help launch them out of the up-and-coming sphere and well into the sphere of notable bands.

2 Responses to “NECRONAUTICAL: “SLAIN IN THE SPIRIT””