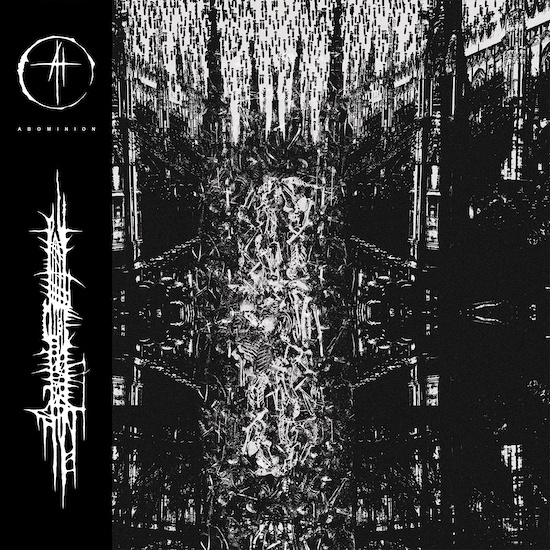 More than a decade ago the founding two members of Abstracter came together in Oakland CA under the influence of such bands as Amebix, Godflesh, Blut Aus Nord, Corrupted, and Disembowelment, with the objective of creating “dark, bleak, and suffocating music as a vessel to channel their obsession with the apocalypse and other nihilistic end-time visions”.

So say the press materials for Abstracter‘s new album, and those materials further expose the animating environments and philosophies that spawned such hopeless and harrowing visions: “…the world’s unravelling, ruin, darkness, annihilation, nuclear devastation, war, plague, and mankind’s fundamental existence as a plague and as a deeply flawed species….”

In the years that have passed since the band’s inception they have been on a continuing quest for ever more astonishing, cataclysmic, and authentic ways of expressing the most abominable aspects of human existence, drawing upon elements from black, doom, death metal, crust and drone/noise, and making their music increasingly more difficult to classify. That quest now reaches its apotheosis (so far) in Abstracter‘s latest album Abominion, which will be released by Sentient Ruin Laboratories on October 1st. 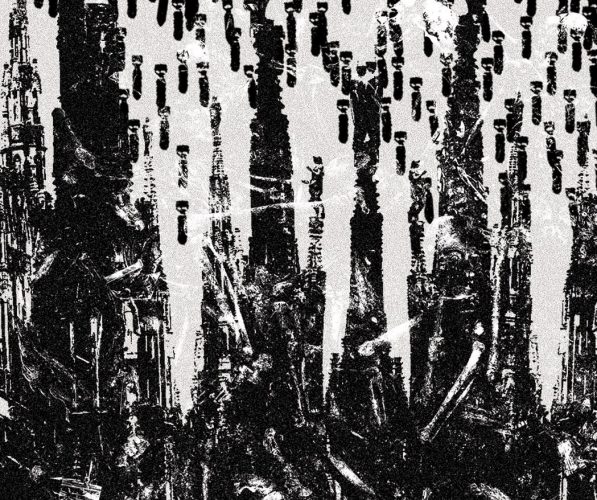 This new album is the product of a new line-up, in which founders Robin and Mattia were joined by JM (who moved from bass to second guitar), G. from the Italian black/death band Mefitic on bass, and J. Ennis (of Vale, Ulthar, ex-Tombs, ex-Mutilation Rites) on drums. It was created during the pandemic and a time of increasing climate crisis and polarizing hatefulness — and what could be more fitting than that?

More than ten years ago Abstracter could not have foreseen how much more ruinous reality would become by now — how much more the world would realize and manifest their nihilistic conceptions. And in that sense their annihilating new album is a fitting soundtrack for our abysmal age.

Today we provide a first glimpse of what Abominion has accomplished, through our premiere of the album’s opening track, “Eclipse Born“.

Titanic blows come down at the outset in a slow and measured cadence, driving deep in the midst of a miasma of eerie and unhealthy vibrations and shimmering alien tones. The sounds are ice-cold, and no hope leaks through. When the drums begin to hammer like accelerating pistons and the riffing begins to boil and writhe like a dense mass of disease, a voice appears, but its terrifying roars and paralyzing shrieks don’t sound human either.

Within this vortex of pummeling percussion and gale-strength abrasion, shimmering and glittering tones pierce through in fiery frenzies. The music ascends in a display of towering and hideous magnificence, and stomps like a leviathan through a field of skulls once more.

What an apocalyptic upheaval the song is! To use different metaphors, it’s like tectonic plates crushing together beneath the earth’s surface while the stars fall, wailing. And when the music begins to race, it’s simultaneously electrifying and harrowing, a scouring and screaming sandstorm gale that strips flesh from bone, with rhythms that ruinously smash boulders to rubble, to the accompaniment of truly terrorizing vocals.

Sentient Ruin will release Abominion on LP/MC/CD/digital formats along with exclusive limited edition merch from the band. Explore the options via the links below.

One Response to “AN NCS PREMIERE: ABSTRACTER — “ECLIPSE BORN””