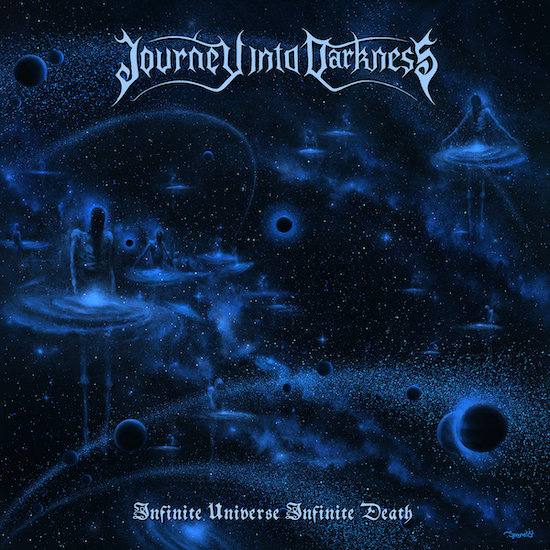 Almost a quarter-century passed between the debut album from Journey Into Darkness and the second one, Multitudes of Emptiness, that emerged in 2020. But the creative fires were clearly burningbright, because now the third one — Infinite Universe Infinite Death — is already on its way. It will be released on September 10th by Spirit Coffin Publishing, and today we draw the curtain all the way back on this astonishing piece of star-faring musical theater through our full streaming premiere. In addition, we’re presenting complete track-by-track commentary by the band’s sole member, Florida-based Brett Clarin.

For those who may be new to this symphonic black/death project, it’s worth knowing that Clarin‘s roots in extreme metal are deep. Between 1987 and 1993, he played guitar in the death metal band Sorrow (formerly Apparition), which released two records on the Roadrunner label. After Sorrow called it quits in the mid-’90s, Clarin started Journey Into Darkness as an all-synth solo project, having been inspired by the intros and interludes on extreme metal albums.

After releasing that 1996 debut album (Life Is a Near Death Experience), he put the project on hold for a long time. When he resurrected it with that second album, he made Journey Into Darkness sound like a full band, though the synths still played distinctive roles. The same is true of this new album, though it’s fair to say that the darkness in the music is even more pronounced. 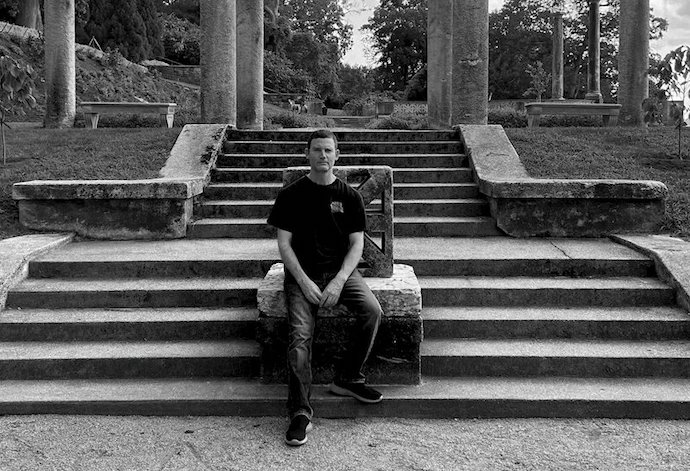 The new album’s opening track throws you into the music in medias res — into a storm of battering drums, turbulent bass, scorching vocal vitriol, and a gloriously blazing melody that’s sky-high and fearsome. As the song unfolds, and the drumming rumbles and pops, the melody becomes more grim and frightening. It still soars and sweeps, but a mood of cruelty and despair comes through. The guitar blares like a horn, and the keyboards give off an icy celestial shine, building toward a ravishing crescendo.

In the songs that follow, the intensity usually remains in the red zone and wholly engulfs the listener in displays of apocalyptic grandeur, broiling madness, and cosmic wonder. Ferocious roars, scourging howls, and throat-scraping screams channel relentless fury and derangement, even when the music whirls and dances to the accompaniment of diabolical, calliope-like arpeggios or seethes like a nest of giant angry hornets.

There is only one break in the intensity. True to its name, “Scattered Amongst the Stars” casts the listener into a vast ambient star-field of sound, freezing yet mesmerizing.

Apart from that break, the songs harness different moods — portrayals of daunting intensity in varying forms. The music becomes ominous, in manifestations of deep dread, and fashions harrowing hallucinations, revealing unearthly horrors. It spins up into hellish, dervish-like paroxysms and pounds like massive industrial pistons. These changes, matched by equal rhythmic variety, make the album experience a gripping one from start to finish, though in almost all instances the elaborate keyboard overlays and accents maintain the feeling that we are witnessing pageantry on a vast and alien scale.

At the end you’ll experience a symphonic arrangement of the title track which fully reveals the band’s orchestral prowess, and it’s a fitting conclusion.

Spirit Coffin will release the album in a variety of formats, which you can explore via the links below. And after those links we provide the promised track-by-track commentary by Brett Clarin, which provides further insights into what you’re hearing. 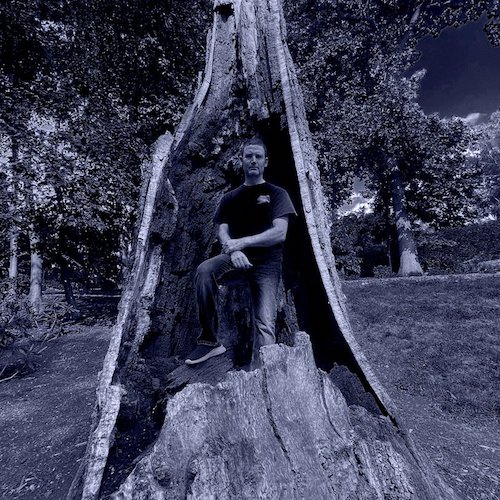 Leave This Place is an example of a song that touches upon all of the styles that influence my music. There is plenty of symphonic black metal with orchestral arrangements accenting the tremolo picking, blast beats, and piercing vocals. But there are also death influences in the palm mutes and vocals, intertwined with a few doomy passages. The lyrics tie in with the music to reflect the feelings of anger and frustration with humanity and the desire to travel the universe far away from all that we know. But there are also the feelings of wonder and excitement if I were to truly be able to make the journey. I thought this would be a good way to start off the album.

Infinite Disillusion is probably the song that is closest to a pure symphonic black metal song on ‘Infinite Universe Infinite Death’. This song is extremely melodic and built upon big chords and musical ideas. It required a fair amount of orchestration. Throughout the album, I have changed up which orchestral instruments I use, as well as how they are being used. In this song the guitar and bass carry most of the melodies while the orchestral elements carry the chord progressions. It created an especially moving, powerful and intense atmosphere to compliment the big idea of the lyrics. The opening to this track is one of my favorite passages on this album. The lyrics tell the story of a being that leaves all behind to search for a place of tranquility. The music follows our traveler to the far reaches of space where they come to the realization that a place of peace does not exist anywhere in the universe, leaving it with the feelings of anguish that it started with.

I did not want to completely abandon the “dark synth” style songs found on the first two JID albums, so I did include one short piece called Scattered Amongst the Stars. I consider it a musical eulogy for a space burial.

Cosmic Knot is one of the darker and cerebral tracks on the album. It is about contemplating the universe and our existence in it and I really wanted that deep feeling to come through in the music and mix. The song also has a variety of styles in it and became the basis for my album’s mix. It required creating a mix that would work for the different styles. A guitar might sound great when muted but sound horrible when playing tremolo. Drums may sound great playing a blast beat but lose their groove in a death doom part. Then add orchestral instruments on top of that and it can turn into a real mess. I spent countless hours working on all the instruments to sound powerful, full, and clear through all the different playing styles.

Impossible Universe starts off with a more death like groove, but it quickly develops into something more epic and wondrous. It is less dark than the other songs but equally as powerful and emotional. It builds up into a massive climax and breaks into a booming ending where you’ll hear some old school hardcore and death metal riffs. I needed lyrics to reflect that mood, and what is more grandiose than the wonder and absurdity of the universe? I’ve always been fascinated by space and theoretical sciences. We can answer many of life’s biggest questions of origin and framework with mathematical formulas, but our minds our incapable of fully comprehending them. I still love to wonder about it all and let my imagination run. It is an escape from the mundane tasks of life.

Infinite Universe, Infinite Death began as a fully orchestral piece, but after experimenting with guitars and drums I felt it needed to be worked out fully and placed as its own song. I am very proud of this song both musically and production wise. It’s a great balance between an epic symphony and extreme heaviness.

The Briefest Moment is the most emotional and personal song on the album to me. To be honest, I get choked up even talking about it. Our lives are short and we only get one chance at it, no redoes. We don’t get to see much in that time either and we don’t get to see how anything turns out later. To capture that feeling, I’ve tied together the bleakness of doom, the groove of death metal, and the intensity and atmosphere of symphonic black metal to create a powerful song about an emotional topic. By the end of the song, you will have experienced anger, panic, resentment, and sadness, until the only feeling left will be one of numbness.

Entanglement is comprised of both older parts and newer parts. In the twenty years between the first and second albums I did continue to write music. Most of the middle parts of this song were written over that time. However the final melody was written recently. The song is about the fact that suffering and death are ubiquitous in the universe, and the final melody matches that mood perfectly as the song and album wind down into a doomed, melancholic march.

Infinite Universe infinite Death (Arranged) is the original all orchestral version of this song.

2 Responses to “AN NCS ALBUM PREMIERE (AND A REVIEW): JOURNEY INTO DARKNESS — “INFINITE UNIVERSE INFINITE DEATH””