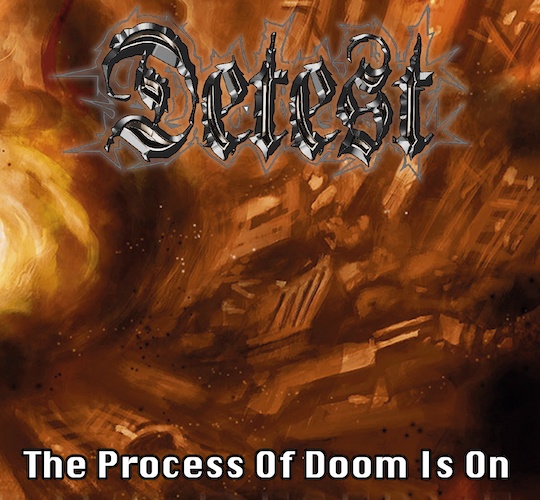 The story of Detest is yet another tale which proves that death (metal) conquers time. If you check this Danish band’s history at Metal-Archives you’ll see that December 12, 1990, was the date on which Detest was founded, and you’ll further see that their initial demos were released in 1991 and 1992, and that their debut album Dorval was released in 1994. But following one more demo discharged in the following year,  fell into a very long silence. As they describe it, they fell prey to booze, drugs, and in-fighting about how their music should sound, and thus dissolved in 1996.

Yet their entombment was not to be a permanent one. 2014 saw some reunion shows, and in the years after that original guitarist John Petersen recruited and tested new members who would have the ambition and focus to bring new Detest music into the world. That led to the band’s 2019 EP A Moment of Love, and now the new Detest trio (which also includes bassist/vocalist Simon Springborg and drummer Danni Jelsgaard) have recorded their first album since Dorval more than 25 years ago.

The new album, We Will Get What We Deserve, is projected for release in November by Emanzipation Productions, and to whet your appetites for it we are today presenting a lyric video for an album track named “The Process Of Doom Is On“, which will be released as a stand-alone single this coming Friday, September 10th. 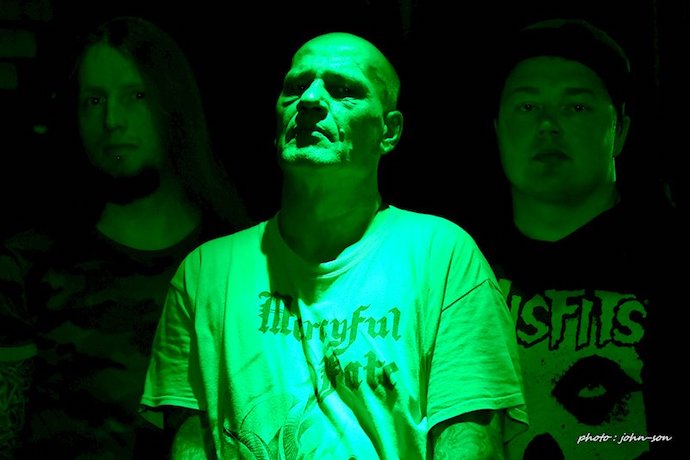 The new song’s lyrics are a scathing indictment of humankind’s capacity for self-delusion and self-destruction, qualities that have been ever-present but seem even more likely in the current age to bring about humanity’s doom.

In its music, the new song is the sound of boiling rage and rampant madness. In keeping with the lyrical themes, the tremolo’d riffing seethes in a fury as the rhythm section pound and batter and the vocals roar, strangle, and scream. The rhythms surge into a gallop and demented shrieks erupt from the lead guitar. Brief start-stop moments clear the way for the bass to growl, and the riffing inflicts rapid punishing chugs. The white-hot soloing in the song becomes the manifestation of lunatic delirium, as if channeling the irrational self-destructiveness that plagues us.

In a nutshell, this is a merciless, turbocharged death metal rampage that will kick your pulse into high gear and get your head moving too:

The video was produced by Fernando Reis. The single will become available digitally on September 10th. Detest is recommended for fans of such bands as Obituary, Autopsy, and Nocturnus.

3 Responses to “AN NCS VIDEO PREMIERE: DETEST — “THE PROCESS OF DOOM IS ON””