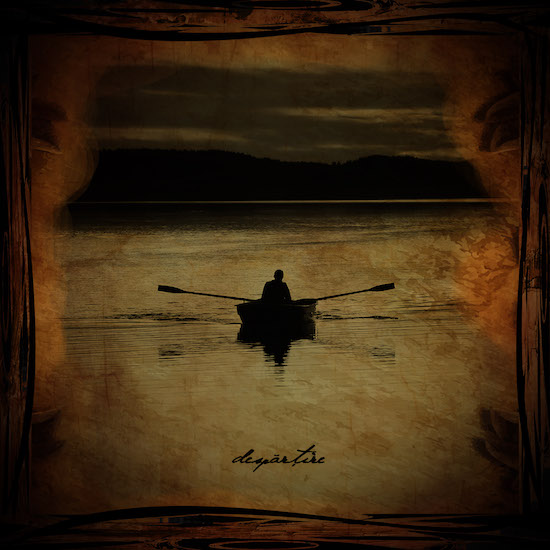 The internationally composed doom-stricken band Clouds have amassed a large and devoted following among listeners on the strength of five albums released beginning in 2014, and their sixth one is now set for release on October 14th. Its title is Despărțire (the Romanian word for parting).

The album was created by a slightly revised line-up, and it includes guest vocal performances by both Aaron Stainthorpe of My Dying Bride and Mick Moss of Antimatter. Further details will be disclosed in the near future, but what we have for you today is the premiere of a stunning album track named “Deepen This Wound“, accompanied by a video for which a warning has been provided. 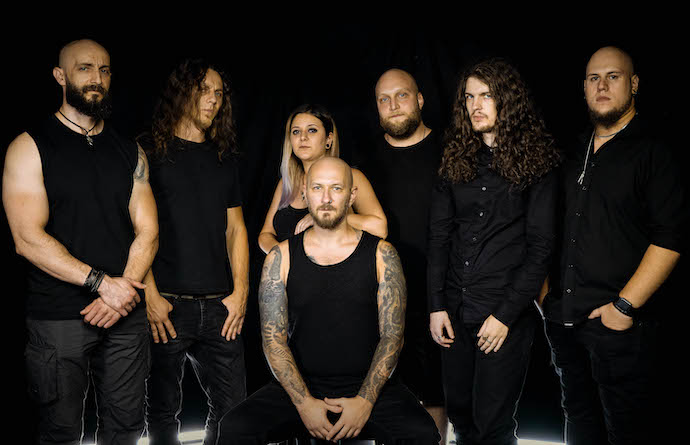 The lyrics of the new song are words of shattering despair and hopelessness, including these:

The song itself is a further demonstration of Clouds‘ formidable ability through their music to make a strong emotional connection, to touch people in profound and spellbinding ways, to open those places where we all store our losses. Over the course of 10 1/2 minutes they create an experience of ruin and wonder.

Mesmerizing notes delicately glisten within spectral shimmering mists, and a violin and flute slowly wail within waves of sweeping grandeur. Deep growls emerge like mountain crags through those dark clouds, and pure singing rises as well, pulling at the heartstrings with those heartbreaking lyrics. The stately pacing of the music adds to its atmosphere of towering and haunting tragedy, and though the wafting guitar melody is stricken, it sinks deeply into the mind.

Somber spoken words and harrowing, cavernous roars intertwine with vast, sweeping synths, mesmerizing strings and pipes, and the humming pulse of the bass. The drums tumble and boom, the elaborately textured music glows like a sunset on the way to endless night, and then fades away into ethereal mists of sorrow, lost in the heart of darkness, and leaving behind the unbroken spell that Clouds have created.

The video is beautifully made, and as haunting as the song. It’s accompanied by these words of warning: “THIS VIDEO MAY CONTAIN SCENES WHICH CAN BE OFFENSIVE TO OTHERS INCLUDING SELF HARM. ALL THESE ARE PORTRAYED AS AN ARTISTIC VISION, THE BAND, CHARACTERS AND CREW DO NOT CONDONE THIS BEHAVIOUR”.

One Response to “AN NCS VIDEO PREMIERE: CLOUDS — “DEEPEN THIS WOUND””