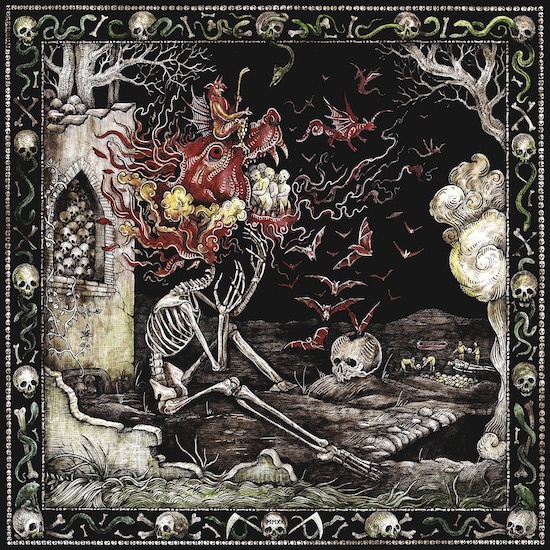 According to The Font of All Human Knowledge: “Amor fati is a Latin phrase that may be translated as ‘love of fate’ or ‘love of one’s fate’. It is used to describe an attitude in which one sees everything that happens in one’s life, including suffering and loss, as good or, at the very least, necessary”.

The same article links the concept of Amor fati to what Friedrich Nietzsche called “eternal recurrence”, “the idea that, over an infinite period of time, everything recurs infinitely”.

We ponder those ideas today because “Amor Fati” is the name of the second song to be revealed from Red Dragon’s Invocation, the formidable debut album by the Italian black metal band Orgrel, which is set for release by Iron Bonehead Productions on October 15th, graced with stunning cover art by Luciana Nedelea. 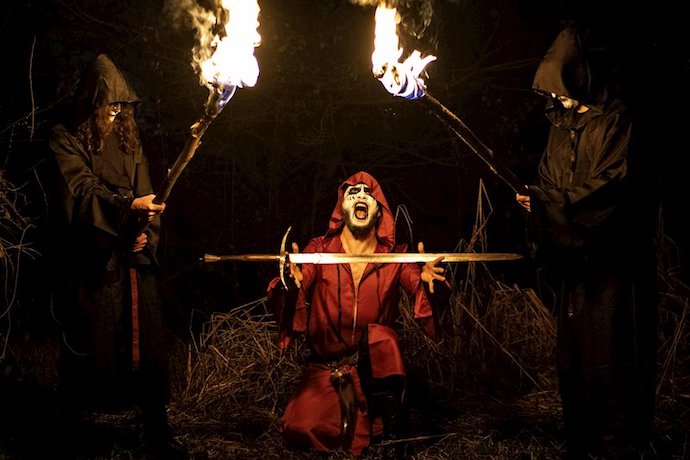 What Orgrel have managed to achieve on “Amor Fati” is a striking union of sensations. The music is raw and ravaging, yet also seems to levitate in mystical and glorious fashion. The song is wild in its full-throttle surges and in the reaping ferocity and harrowing torment of the vocals, but also stately and sorrowing. It stalks like a menacing beast and whirls like drugged dervishes, minds lost in fervor. The drums maniacally hurtle, cruelly stomp, and ecstatically romp. When the mad, flickering solo bursts open in sudden fire, the thrill is undeniable, but subsequent chiming chords ring with sounds of fruitless longing. The soaring and scintillating riffs, as they appear and reappear, become increasingly charismatic, and the second solo sounds defiant.

All these experiences, delivered in tandem with dynamically paced and viscerally potent rhythms, flow seamlessly across the song, creating a testament to the band’s songwriting skill and their talent for melding both primal black metal savagery and emotionally evocative atmosphere.

As mentioned above, “Amor fati” is the second song to be disclosed from the album. We’ve included the first one — “Burning Ruins” — along with today’s premiere. It’s further evidence of what we just wrote, and should not be missed.

For more info about the release as we approach the October 15 due date, follow these links:

One Response to “AN NCS PREMIERE: ORGREL — “AMOR FATI””