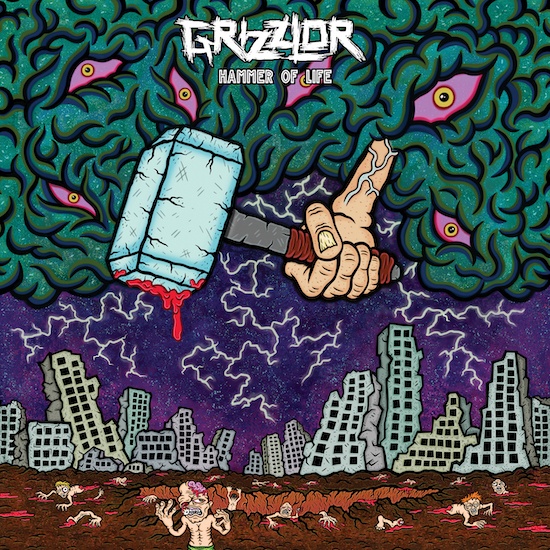 It’s not often that we reach out and ask to host a premiere. Almost always it’s the other way around. But after listening to a portion of Connecticut-based Grizzlor‘s upcoming album Hammer of Life, that’s what I did. The whole album turns out to be a heavy kick in the head, but I specifically asked to premiere the opening track, and got my wish. Honestly, part of the attraction was its name: “I Don’t Like You“.

The song (and the album) are departures from our usual meat and potatoes around here: Grizzlor draw comparisons to early Melvins, Drunks With Guns, Weedeater, and Deadguy. As the press materials accurately describe, their mission is to “carpet bomb away the stress of daily living in society with loud, abrasive, and riff-addled noise rock with warped and irritated vocals”, melded with lyrics that radiate a “general vibe of misanthropy, self-isolation, and disappointment with society in general”.

That works for me, and hopefully it will work for you. Surely you get the same thought I do about someone every fucking day: “I Don’t Like You“. 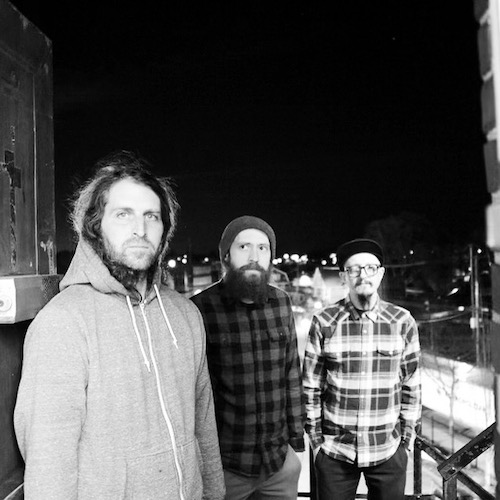 The song lurches like a big mean drunk, pausing to pound the walls and whoever gets in his way. The big bass growls; the guitar venomously seethes, squirms, and brays; the drums hack at your neck like a sentient axe. The syncopation of the beats is weird but still provokes a reflexive response. The high-toned vocals sound pissed too, straddling a line between singing and yelling, and elevating in furious screams. Eventually, the music becomes a paroxysm of wailing guitar dementia and mangling low-end savagery.

And as noisy and skull-smacking as all that is, you gotta especially love the way the periodic rendition of the song’s title goes. You’ll see:

Hammer of Life was recorded and mixed by the band’s guitarist/vocalist Vic Dowgiallo, who also arranged for the record’s art and layout. The album is set for release on October 1st. Hex Records and the band’s label Hermit Cave Records will release it on digital and CD formats; vinyl copies are expected to be ready in November.

Grizzlor are planning to do a handful of shows leading up to the release of Hammer Of Life, including a trip down to No Coast Festival in Denton, TX, which will serve as the record release show for the album.

And finally, while perusing the links, check out our stream of two previously released tracks, “Talking To Yourself” (which I do) and “Tinnitus” (which I have). Both of them have the capacity to brutishly beat you senseless, and the sonic hallucinogens will fuck with your mind too. I think “Tinnitus” is even meaner than the track we’re premiering.