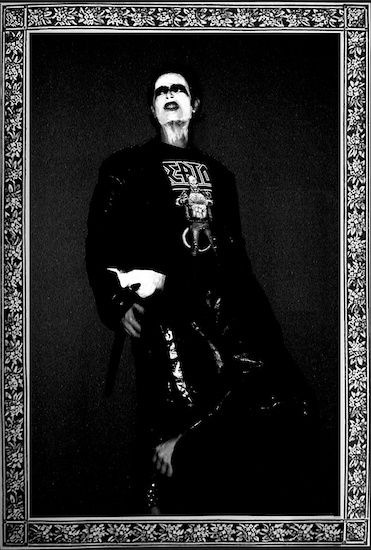 (In this new piece Comrade Aleks discloses his interview with vocalist Blizzard from the Hungarian black metal band Vorkuta, who returned with an EP this past spring as the first new music in more than a dozen years.)

You’re wrong if you think from a first glance that the “Vorkuta” name was taken from Tolkien mythology or something like that. This word came from the Nenets language and it means “filled with bears”. It’s a city right in the middle of nowhere — to be precise, in the Russian north, right beyond he Arctic Circle. The city was founded in a place surrounded by coal mines but it’s more infamously associated with “Vorkutlag”, a corrective labor camp, another cold and rotten hole in the Gulag system.

Who could imagine that a black metal band from Hungary would take “Vorkuta” as its name? However such a band has existed since 2002, and though it was silent for nearly 13 years it returned with a new EP, Wandering Alone in the Forest of Transcendence, in March 2021. Taking into account their very underground ethic (there’s just one full-length against eight split-albums in their discography), an EP seems to be a good option. This piece of cold atmospheric black metal could serve as a teaser for something more, and that suggestion was my first reason to get in touch with the band. This conversation with Vorkuta’s voiceman Blizzard may shed some light on the dark history of his creature.

Hi Blizzard! How are you doing? What’s new in Vorkuta’s camp?

Hi Aleks! We (same goes for my bandmate Inmar as well) are in a quite exhausted period of our lives, which unintentionally but surely has an effect on Vorkuta’s activity too. Therefore no any significant news, we are rather on hold at the moment (again). 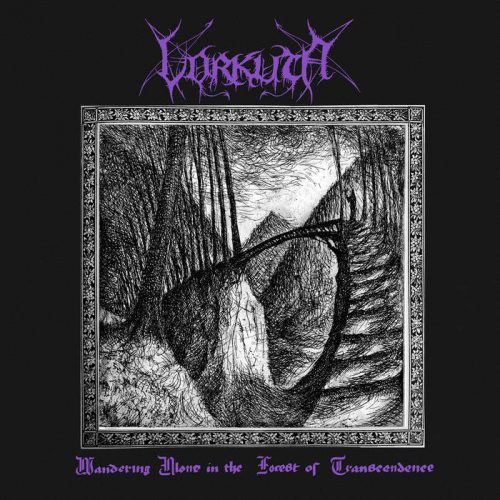 Wandering Alone in the Forest of Transcendence was released in March 2021, and it’s the band’s first release for nearly 13 years. Does it mean you’ve returned and that new splits will follow soon?

Well, we never faded away, just put all our activities on ice. But it wasn’t a conscious choice, just happened like this. But on the other hand, yeah, we can say this is some kind of a return as we didn’t produce any new music in the past 13 years before the release of Wandering Alone in the Forest of Transcendence. Note that we didn’t see each other for 10 or so years either. This is how a Black Metal band must work in my understanding. But of course, and hopefully, once our personal issues will be solved we can follow up with other new releases.

This EP contains only two tracks. When and how were they actually recorded?

Both songs have been composed by Inmar, he recorded his part at his home studio, while we recorded the drums and the vocals in a rehearsal room.

There’s just one full-length album in Vorkuta’s discography alongside a bunch of splits. Why did you choose this way of releasing your stuff? Was it a sort of underground ethic?

Back then yeah it was, though it doesn’t mean shit to me anymore. Don’t misread me here, as I am a quite active person not just as a musician but with my small label too, therefore underground values and ethics mean a lot to me, but rather in a theoretical way. I am and always will be fair and supportive towards my trade partners, bands, customers etc, but at the very moment I just don’t give a shit about the whole so-called underground and anything belonging to that.

Do you keep on running Deathlike Noise Productions? I’ve seen only one release in your newsletter in March (?) so it doesn’t seem to be very active.

Actually that Absurd LP, which you probably saw on our FB page, we just distributed. It was not an actual release of ours. I gave birth to the label to release and support my own bands and the circles around me. So far we released:

But it doesn’t mean I will release only my bands via the label. As I stated before there are ideas for releases from different bands from my close network. We keep our stock as low as possible, and we are trying to monitor the scene before we trade any items mainly because Hungary is a small market, and to be honest I do not want my apartment to be a warehouse. On the other hand due to the above-mentioned exhausted period we didn’t have time for musical/label activities in the past 3 months. Hopefully we can re-activate ourselves soon and concentrate on new releases as well.

The band was formed 19 years ago or so, and I believe one can figure out your musical roots, but the Vorkuta title! How did you decide to use the name of that Russian city for your band?

I was reading about the town and about the Gulag system in a book, as I’ve always had an interest towards history, and immediately thought what could be a more fitting name for a Black Metal band than this?

Agreed… Did you ever get any feedback from Vorkuta? True to tell, I know a dude from there, but he would rather listen to… I don’t know what these kind of guys listen to now… Backstreet Boys probably!

No possibly never. At least your friend has good taste in music if he, poor soul, already has to live in a shithole.

And what drove you to gather the band and start to perform music of this kind back then in 2002?

Because we couldn’t play any instruments (still can’t) and this seemed easier for us than to play Dream Theater. God how much I hate Dream Theater and most of the ultra-technical, progressive etc. musical attempts, to me this kind of stuff always fails.

So thinking back, maybe to choose another path for musical expression like Euro Disco – quite obvious as we are that generation and that stuff still rules (not as far from Black Metal as one would think) – would have been a better idea, but I do not regret we have chosen the left hand path.

Your lyrics varied from the general grim topics which fit well to any black metal band, and you even entered Lovecraftian territory with the song ‘The Case of Charles Dexter Ward’. How would you sum up Vorkuta’s message?

No message, really. I have always been a shit lyricist, but as a singer I won the title for myself. I have strict views about life and all but cannot really channel them through my lyrics; I think I’m missing the so-called poetic vein. Luckily Inmar also wrote some lyrics for the band, and his poems are way better than mine.

So what’s your motivation behind performing black metal, and have you felt you lost it after this long break?

Once I was reading a Beherit interview – maybe in The Devil’s Cradle – where NHV said something like that: if he had encountered Black Metal with his recent state of mind he probably never would have fallen in love with it, but he met the genre at an early age and Black Metal has followed him since then to eternity. I can relate to that.

I received a promo album from Rothadás, your countrymen, a few days ago, and they use lyrics written in Hungarian in their songs. Did you think about writing in your mother tongue?

Maybe that would work better in the case of self-expression, but to be honest I always found strange the usage of Hungarian language in Black Metal, it rather sounds laughable than serious to me.

How much of Hungary is in Vorkuta? Can you tell whether your surrounding shape your attitude, your vision of the band in some way?

To some extent for sure but not in the way you would think. Imagine we are fellows from a Central-Eastern European country who were born in the ’80s, I assume you can relate to that. Not that much left for us than to choose the left hand path… Everyone can decide for themselves if it a good thing or no, I personally do not know.

Thank you. I believe it’s the best point where we could stop! I hope one day we’ll hear more news from Vorkuta’s camp, so would you like to add few more words for our readers?

One Response to “AN NCS INTERVIEW: VORKUTA”