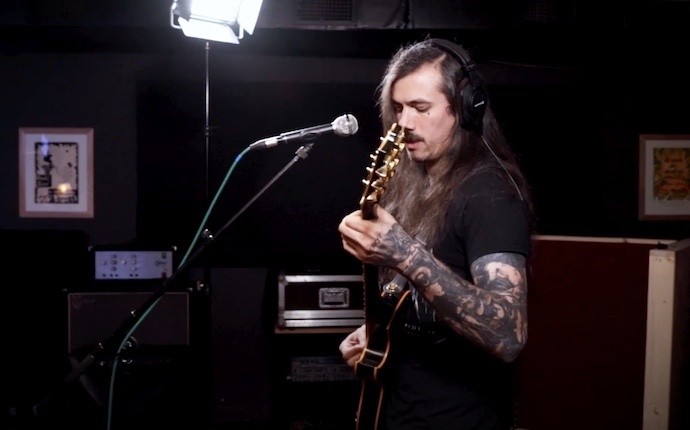 Almost exactly two years ago we had the privilege of premiering a full stream of the stunning self-titled debut album by the French black metal duo Iffernet, accompanied by a lengthy and enthusiastic review. In the intervening years, the album’s desolating power has not diminished, and today we have a reminder of its enduring strength: Along with the French New Noise Magazine we’re premiering a video of Iffernet in a live performance of the album’s closing track, “Far Quest For A Dead End“.

For those who might be discovering Iffernet for the first time today, it might be useful to excerpt part of what we wrote about their album two years ago:

“It presents emotionally wrenching music that penetrates deeply, relying on continuing cycles of squalling and searing riffs and severely tortured vocals to saturate the mind with changing moods of abandonment, fear, pain, delirious agony, and crushing grief. The album is a colossal panorama of despondency and despair that’s unrelenting in the intensity of its devotion to those visions, and so powerful in its achievements that it won’t leave most listeners unaffected.” 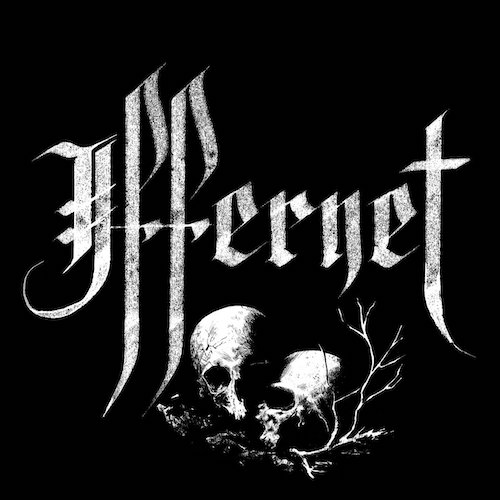 The album’s daunting closing track is itself a vivid reflection of those soul-crushing sensations. B‘s abrasive tremolo’d riffing coils the tension like a winding spring being torqued ever more tightly, while simultaneously building a feeling of both ominous encroaching peril and growing desperation. And as this happens, N. methodically pounds the drums with spine-jarring force. When B. eventually adds his voice, its wailing timbre amplifies the feeling of building despair that the riffing also channels.

The chord progressions change and the music rises, becoming more feverish and anguished as the drums hammer and rumble and the cymbals crash and slash. The music also falls into troughs of grim hopelessness, and the vocals begin to shatter into shrieks. The riffing cycles over and over, sinking deeper and deeper into the mind, and there is no end to the tension.

Watching these two musicians perform the song live in the video is also a gripping experience. It was done in May of this year at Studio Chaudelande in Normandy, filmed and edited by Denis Lainé, with sound recording and mixing by Emmanuel Laffeach:

Perhaps needless to say, if you haven’t heard the rest of the album, you really should do that, and to make it easy we’ll include a stream of it below. It’s available via Bandcamp.