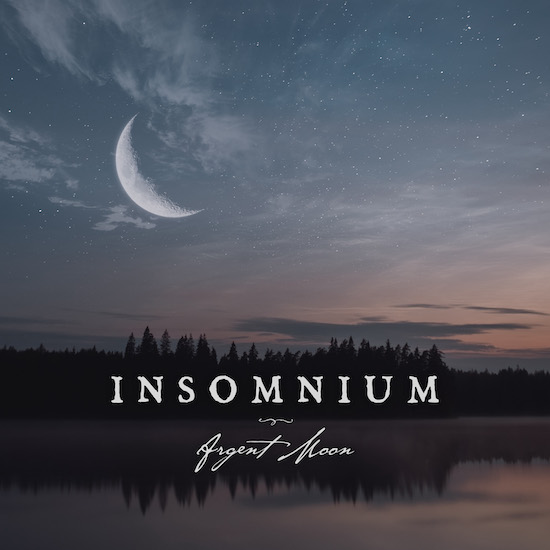 (This is DGR’s review of the new EP by Insomnium, which will be released on September 17th by Century Media Records.)

Insomnium are one of those bands for whom the impact of an addition or change of a lineup member is almost immediately felt. This may sound strange but the two big additions to the group over the years have been on the guitar front, and both the musicians chosen have proven to be quite multi-faceted in their approach to Insomnium’s music.

The addition of Omnium Gatherum’s Markus Vanhala to the fold in 2011 brought his penchant for some glorious guitar leads and solos to the forefront of the band, and giving them ammunition for times when the group weren’t entirely ensconced in their own frozen wasteland of melancholy. The more recent addition of Jani Liimatainen has been a bit more immediately felt, as the band quickly made use of his talent for vocal melody alongside his own guitar writing, such that he was already imprinted into the blueprint of the band for Heart Like A Grave and now is one of the defining elements of the group’s 2021 EP Argent Moon, which sees the band adding four new songs to the overall repetoire – all titled with the formula of “The _______” – for another twenty-plus minutes of distant and lightly depressed music. 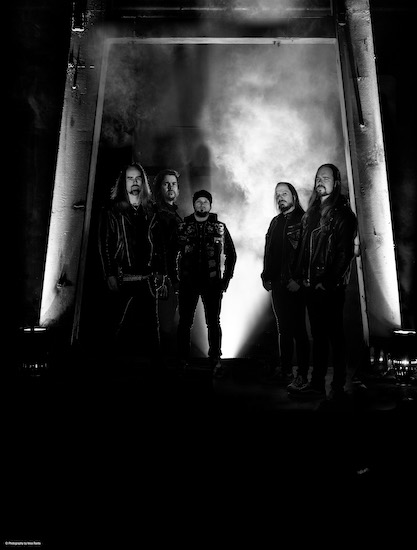 Argent Moon reflects is the most that Insomnium have made use of the clean-vocal/harsh-vocal interplay so far in their history. You’re likely familiar with three of the four songs present on Argent Moon as Insomnium have been slowly drip-feeding them out as singles throughout the year. In fact, the only song the band haven’t put out as of this writing is closer “The Wanderer”. Opener “The Conjurer” is very much in line with what has become the Insomnium mainstay of songwriting — gorgeous guitar layered over moody atmosphere and stretched well over seven-minutes yet done in a way that makes the time feel like it has flown by.

It’s not hard to get lost in these songs because Insomnium have long since mastered that quiet, pensive atmosphere so that you rarely notice when a song is reaching longer lengths. “The Conjurer” is certainly one of the longer songs on Argent Moon, whereas the next two are a little less grandiose in terms of length or reach, yet maintain that similar tempo. In some ways, “The Conjurer” plays out like a song that would’ve fit in well with the One For Sorrow era for the band – whereas everything following is going to have much more appeal for those who’ve been following them since they really fell into their sound on Shadows Of A Dying Sun.

“The Reticent” is where the clean vocals get a good chunk of the spotlight. The song itself is a quieter number, built out of single-use blocks of quiet-segment, power-chorus – with an emphasis on power here because when the band fully step into the foreground you have a beautiful guitar melody that sails through the whole thing so that it steals the stage – and repeat. It’s one of those songs that Insomnium likes to build for people to sing along to. Yet you just can’t deny the solo segments or the way the guitar melodies that echo throughout the song become the defining moments of it. It’s a recognizable sort of beautiful that Insomnium are masters of.

Same goes for “The Antagonist”, which spins off of that same thread yet has a little more of a folk-rock atmosphere to the way some of its vocal lines work. Then, part of that could be credited to the acoustic guitar, which weaves its way into much of Argent Moon as a whole. It’s present as a background element in nearly every song: It’s the main intro of “The Wanderer”, and is the main accompaniment whenever the sung vocals appear during “The Antagonist”. If you want your sing-along moments from the EP, then the whole mid-section of Argent Moon is likely to hold that appeal.

“The Wanderer” is another of the longer songs where Argent Moon gains most of its length. With a little backing synth-orchestra and some multi-layered sung vocals in its opening segment, “The Wanderer” is the ‘cinematic’ number among the EP’s four songs. The backing string work provides much of the song’s atmosphere and amplifies what would’ve been an already pretty number on its own. But Insomnium choose to spend much of the song building, adding more and more to it until you finally reach the first yelled vocal segment and the song reaches a crescendo of its own.

“The Wanderer” is the sort of song that Insomnium do well with and is one of the most dynamic numbers here. When it finally does pick it up a bit in its closing segment, “The Wanderer” easily earns its title as one of the highlight tracks on Argent Moon. It’s the song where the vocal interplay really earns its keep, combined with the sort of uptempo headbang that the song closes out on. It’s a great way to close the EP as a whole.

Heart Like A Grave – as crazy as it sounds – is already nearly two years old, and considering that Insomnium have been fairly consistent on a two-to-three year cycle, you could view Argent Moon as a tease of things to come. If so; it’s likely the band will be making full use of the clean singing talent available to them, much as they have made full use of the sort of masterful guitar-lead work that joined them way back in 2011. Insomnium are the sort of band that will add someone and then use them to amplify an already strong sound, so it will be interesting to see where the band take things in the future.

They were already incredibly good at building gorgeous atmospheres and have been one of the defining groups of that sort of melancholic melodeath and doom hybrid. Now, they’re hinting at making something more cinematic, and while its hard to imagine them launching into another album or EP like Winter’s Gate, what is present here is already stronger and more focused than what the band had going on Heart Like A Grave.