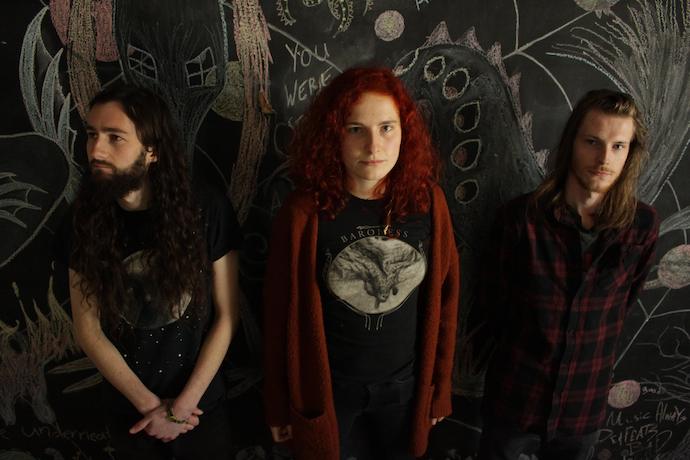 We’re about to make a bit of a detour from the usual pathways of nastiness and gloom that our site tends to follow. To be sure, there’s no clean singing in the song we’re about to premiere — because there’s no singing at all. And the music is still plenty heavy and will get your reflexive muscles in motion. But the band’s interests and talents steer them toward progressive rock and funk, albeit without completely leaving behind the harshness, darkness, and deviance of metal.

The band in question chose the name Filth Wizard, and you’ll probably understand why when you hear the music. They hail from Invercargill on the South Island of New Zealand, and the three members — guitarist Tyler Reynolds, bassist Hanna Ott, and drummer Joseph O’Donnell — originally met through the Southern Institute of Technology’s music and audio courses, and formed the band in 2018. Their debut album, Thor’s Toolbox, was released later that same year.

Since then they’ve played dozens of shows around the South Island, and now they’re focused on the impending October 8 release release of their second album, Sleepeater. It’s that album which is the source of the song we’re presenting today — “Tuskrider“. 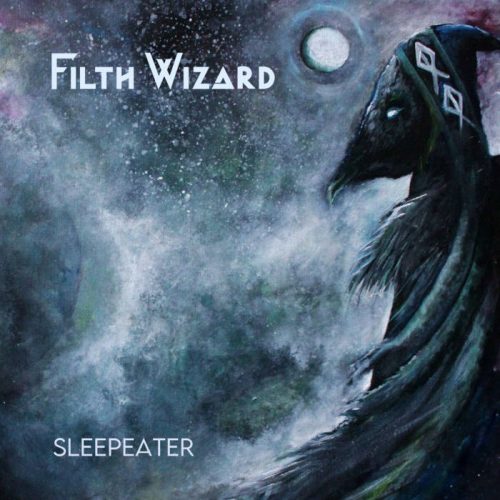 This new song opens like a seductive dance, choreographed with a bright acoustic guitar, a warm bass, and a head-moving drum pattern. That sets the melodic and rhythmic hooks, but the melody becomes a different kind of beast when the band morph it through more abrasive and slashing chords, neck-cracking drums, and enhanced low-end weight, and then change it again with a jazzy, ringing guitar solo. As time passes, the song becomes increasingly mesmerizing (though one of the guitars buzzes and squirms in ways that sound demented).

The music continues to twist and turn — it both bludgeons and becomes ebullient — and the proggy instrumental interplay is head-spinning. The lead guitar commands attention again in the closing minutes, with a mercurial adventurousness and a sound reminiscent of a saxophone, and the grooves (which have a bit of funk in the mix) are as compulsive as ever.

And so the song really is a piece of enthralling yet slightly filthy wizardry, one that moves the head and captivates the mind, and takes root in a way that makes it hard to forget.

You should be aware of the band’s explanation that Sleepeater “explores a range of genres and feelings, from the explosive album opener ‘Chimney Ethics’, through the tortured ‘Red Eve’, to the boundless death metal aggression of closing track ‘Teeth’. There is no concept behind the album beyond the idea that if all of Filth Wizard like it, it’s good”.

As a further sign of what the album holds in store, below we’re also including a stream of that brazen, bruising, body-shaking album opener, “Chimney Ethics“, which premiered at Invisible Oranges, and which at times has both a darker and a more demented cast than the song we’re presenting today, but is no less infectious (and no less surprising in its twists and turns). 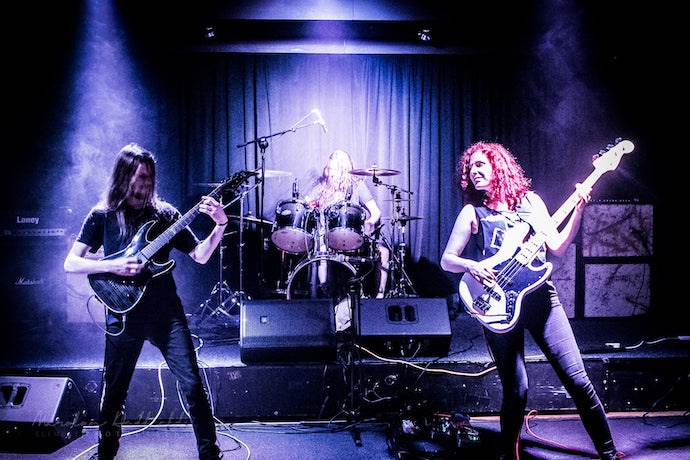 The album is avalable for pre-order now: