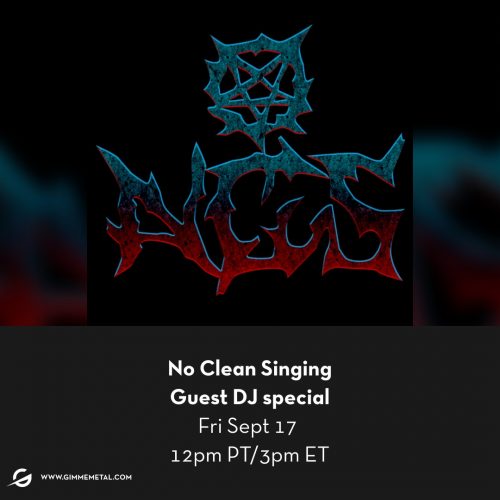 Way back on the 17th of August, 2020, three of the slaves who toil at NCS (Andy Synn, DGR, and Islander) appeared as guest DJs at GIMME METAL, curating a two-hour on-line radio show in which we spun tracks of our own demented choosing, interspersed with our own pre-recorded banter, and also engaged in live on-line chats with listeners. Since then we’ve done it three more times, and as you can see we’re about to show up tomorrow for a fifth episode.

The three of us have so much fun doing this that we confess to experiencing a bit of anxiety, a fear that at some point we’ll fuck it up so badly we won’t be invited back. Hasn’t happened yet (hail Satan), and hopefully it won’t happen tomorrow either. We put a lot of effort into concocting playlists that will hook people and introduce them to bands they might not be familiar with, and we’ve done that again for tomorrow’s two-hour show with a mix of very new songs plus some old favorites spread across a variety of extremist sub-genres.

As before, we will also speak, though the best parts probably got left on the cutting room floor. And as before, we’ll be online to chat with listeners while the music is blasting. 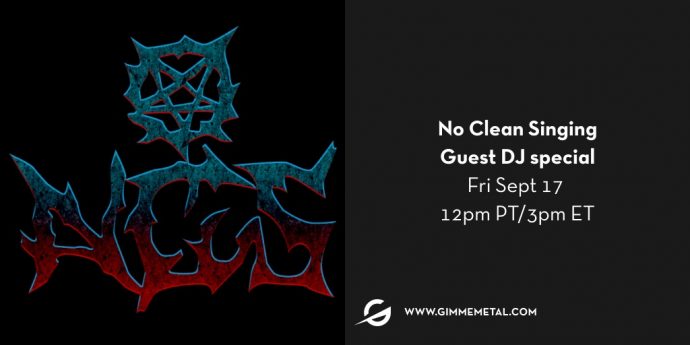 Huge thanks again to GIMME METAL for including us. Hope you’ll be with us tomorrow.

6 Responses to “ROUND FIVE: NCS RETURNS TO GIMME METAL ON SEPTEMBER 17TH”