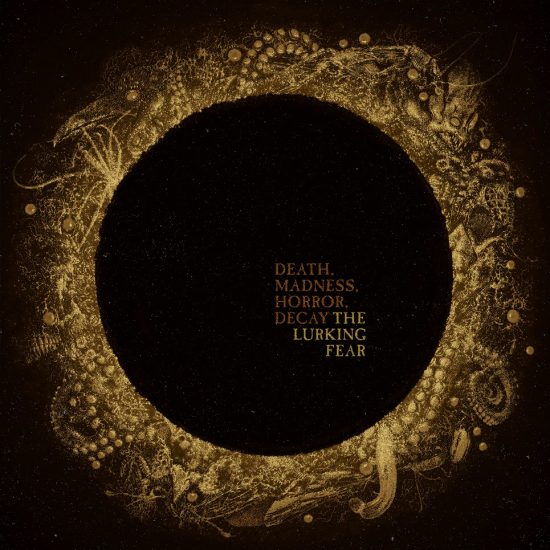 Even by my own standards I went a little crazy from Friday through Sunday. By my count, the posts I made on those days about new music and videos (including the Shades of Black column on Sunday) included recordings by 29 bands — more than any reasonable human (other than myself, because I’m unreasonable) could possibly have paid close attention to. Even having done that, I already have a huge list of other discoveries that I could begin launching today — but decided instead to scale things back to a somewhat more manageable size.

And so, this is a smaller handful of recommendations. Of course, it’s still eleven bands and divided into two Parts — I’m not going to change my spots that quickly! — but it could have been bigger. For example, though I’m beginning with what I consider “a big name”, in the hope that it will lure people into testing other music they might otherwise overlook, I did omit a few other big names — but you can find new songs and videos from Carcass, Pig Destroyer (covering a Perturbator song), Insomnium, and Full of Hell by clicking those links I just left you.

This band of Swedish stalwarts, whose line-up includes well-known members of At the Gates, have a second album on the horizon, led by the first song and video I’ve chosen today. On the one hand, it’s a hard-charging assault of pummeling, chainsawing Swe-death mayhem. On the other hand, when the band shift gears a bit, it sounds spooky, and then blares like sirens. If you need a quick fix of adrenaline, this is your prescription. 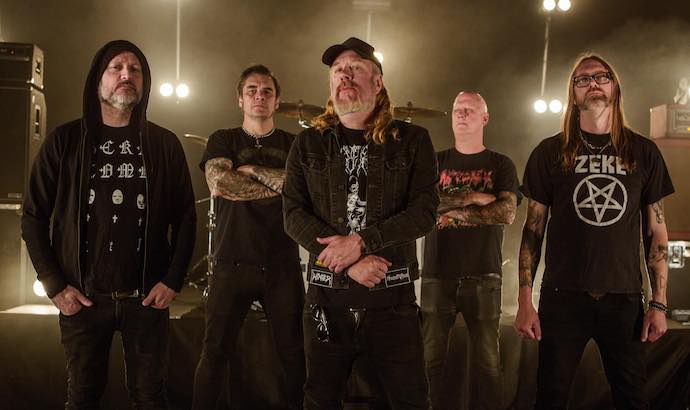 The next song, off the forthcoming sixth album by this long-running Bulgarian death metal band, is brutally destructive — indeed stunningly so. You may not think that from the grim and gloomy yet… enthralling… instrumental that launches the song, but when the band punch the gas pedal the experience is obliterating. However, what makes the song such a great one is how they bring that opening melody back in, in the midst of sheer savage mayhem, and how they work in a multitude of other hook-laden riffs and bone-breaking grooves (and a terrific solo) while going on such a slaughtering rampage.

The album, Against The Will To Live – Sky Burial, will be released on September 24th by Rebirth the Metal Productions.

The next video is one of those rare instances in which the jittery camera work is just right for the fierce energy of the music instead of an annoyance. And man, the music really is fierce, and its turbocharged energy is highly contagious. Ashie‘s clattering snare-work is absolutely riveting; Azan‘s riffing and maniacal soloing is savage, slashing, and sinister; and bassist/vocalist Leon‘s caustic snarls are vicious (and his sneering, enraged facial expressions are perfectly suited to the music). The punishing grooves will give your neck a good workout too.

Leon explains: ““The song is about Shub-Niggurath; a perverse fertility Outer Goddess created by H.P. Lovecraft, and the lyrics illustrate the deity’s cosmic significance as one of the prime Outer Gods in the Cthulhu Mythos. The song is an allegory that personifies the sheer insignificance of the human race, and how wrong we all are for believing that human beings are the most important entity in the universe. As a result of this awakening, we all know that we have been devoting ourselves to nothingness since birth.”

“Obsecration” is the title track to this Kuala Lumpur band’s debut EP, which will be released later this year. I’m also including a previously released video for another explosive song from the EP, “Nyarlathotep“.

An EP named Purgatory is the first release from these UK grind maniacs in five years. The song below, “One Last Nail“, is the only track up on the EP’s Bandcamp page so far, but even at only two minutes in length it makes a hell of an impression.

The drumming is ridiculously fast and ferocious, the riffing ejects brazen, barbaric, and berserker chords, and the vocals are a screaming fury. This thing will beat you senseless, rip your guts out, and — when it slows — become a menacing and brutish beast that blares its rage in grand style. The song seems longer than it is, because so many interesting things happen within it.

Purgatory will be released on vinyl, cassette and digital formats by the UK-based DIY extreme music label FHED on September 24th. I bet my friend DGR is going to eat this up.

After the ferocity of the assaults encompassed by the first four songs in this Part, I thought I ought to make a sharp change here at the end. And to do that I chose a new single named “Mask” by this Finnish band, which was presented through a lyric video.

The song is ethereal and elegant, and also heavier than big stone monoliths. The grief-laden piano, cello, and guitar melodies of the track irresistibly work their way into the mind, and the vocals represent a similar dichotomy, a mix of soaring, angelic clarity and harsh, cavernous heaviness. The music’s intensity ebbs and flows, and in all its maneuvers it proves to be enthralling, and a fine example of Finnish melodic doom/death.