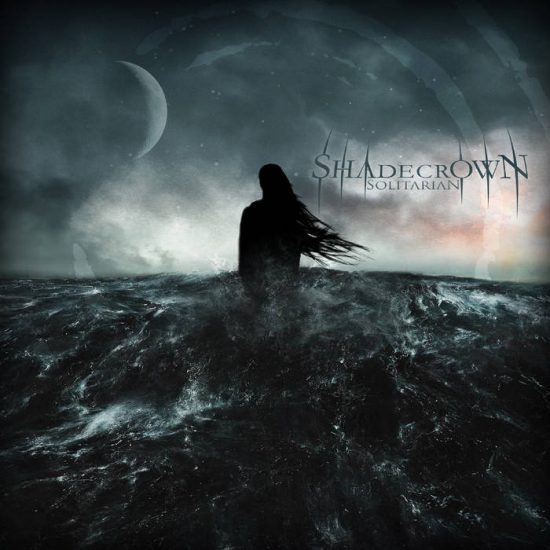 (This is Gonzo’s review of the new album by Finland’s Shadecrown, which was released on September 17th by Inverse Records.)

If you’re reading this, I’m not going to tell you anything new by saying Finland is home to some of the world’s darkest, heaviest, and most depressing music. From the booze-drenched misery of Sentenced to the heartbreaking brutality of Insomnium, Finland’s storied history of sonic angst has transcended time and continues to reinvent itself – even with its best-known export in Children of Bodom being no more.

Part of that continuous reinvention is the emergence of up-and-coming heavy hitters, and one band from the tiny village of Viitasaari has just released an album that will most assuredly add them to that list: Shadecrown. 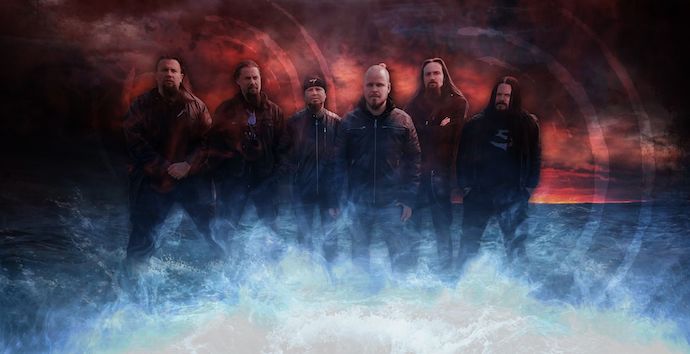 Blending some of Insomnium’s mid-career riffage and inner torment with… well, more riffage and inner torment of what we’ve heard this year from Marianas Rest, Shadecrown’s new album Solitarian is a solid third effort from these Finns. It paints a soaring landscape of despair that will break your heart while you’re banging your head, which is probably what it pulls off to a satisfying – and consistent – degree throughout.

Right from the start, what I like about Solitarian is the band’s no-nonsense approach to their brand of melodeath. Opening track “The Awakening” is not simply a throwaway 2-minute intro, it’s a densely layered five minutes of brooding songwriting driven by dynamic leads and Jari Hokka’s menacing growl. As a whole, the band toes a line between melodic death metal and soul-devouring doom, and they do it just as skillfully as any of their cohorts do it.

“The Awakening” lays the groundwork for a series of thick, muscular grooves in “Dark Heart Replica” and “Momentary Trails.” The former of the two has been blasting on repeat in my house for a good two days straight, with its mid-paced swagger growing more infectious with each listen. If Shadecrown’s fellow countrymen in Ghost Brigade had decided not to hang it up last year, I could easily imagine them sounding a lot like this. But whereas Ghost Brigade preferred a generally slower pace that relied on melancholic atmosphere, Shadecrown takes a more mid-paced approach without sacrificing any of the raw emotion you’ll no doubt be feeling with every song on Solitarian.

This comes to a head with “The Loss,” which was released as a single earlier this year. In it, the band channels their best Swallow the Sun impression and absolutely rips your heart out. Keyboardist Saku Tammelin is a master of creating brooding yet hopeful layers of ambience, and “The Loss” is probably the album’s best example of that. Listening to it makes you feel like you’re wandering through a foggy forest while contemplating some serious existential dread.

The band gets ambitious to close out the album with the 15-minute title-track opus. After all, what good is a Finnish doom/death album without a 15-minute study in abject depression? This track isn’t just 15 minutes of bland exercises in the morose, though – it’s a skillfully written gut-wrencher that takes its time getting going, and slowly builds towards a crushing climax. Right around the 10:30 mark, actually, is where “Solitarian” churns out an off-time riff that blasts its way to a resounding finish. For a relatively unknown band, it’s an impressive way to close out a thoroughly satisfying listen.

Though the music found here will take you down into the world of despair it so vividly portrays, the future for Shadecrown is as bright as Finland’s midnight sun at the summer solstice.