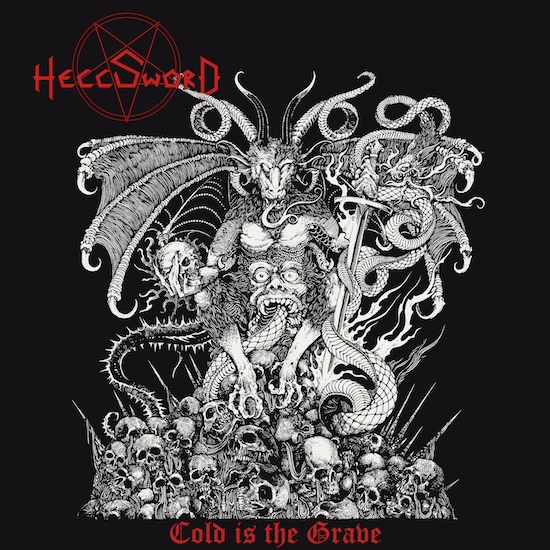 Slovenia’s Hellsword came together a dozen years ago, dedicated to the sounds of first-wave black metal, drawing inspiration from the likes of Venom, Bathory, and Hellhammer. With two well-received EPs to their name — 2011’s Blasphemy Unchained and 2014’s Sounding the Seventh Bell — Hellsword are now on the verge of launching their first full-length strike: On September 24th their debut album Cold Is The Grave will be discharged by Emanzipation Productions, and today we’ve got the premiere of all nine tracks.

Lyrically, the band deal with topics such as devil worship, the end of the world, death, desolation, mortality, and the absurdity of human existence. And with such happy thoughts in mind, and a take-no-prisoners attitude, Hellsword deliver 42+ minutes of blazing heavy metal hellfire. 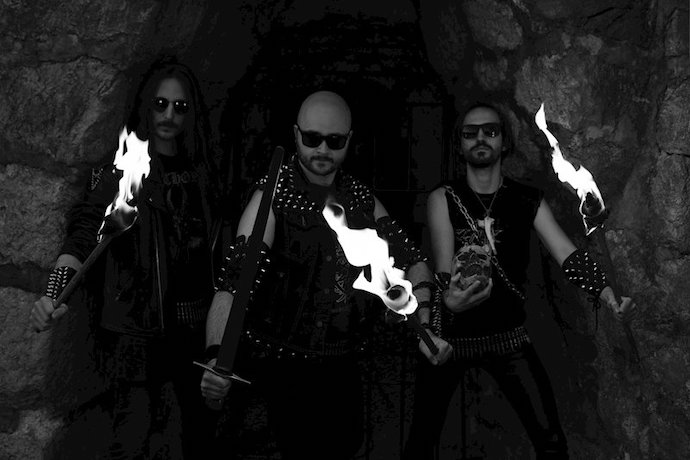 Blackened speed metal is the band’s weapon of choice, and it’s a sharp cutting blade they wield, but what makes the album so satisfying is an approach to songwriting that also expertly interweaves other ingredients from strains of arena-ready classic heavy metal, and varies both the the pacing and the emotions to keep you on your toes.

The brazen riffs are uniformly infectious, creating varying moods that are menacing, defiant, imperious, cruel, bleak, and infernally ecstatic. And speaking of infernal, there’s often an aroma of the occult wafting around the music, the stench of sulphur and goat-headed demons, as well as the vapors of diabolical ritual and arcane sorcery. Moreover, at well-chosen moments, the songs deliver eye-popping solos that aren’t gratuitous face-melters but instead are beautifully matched to the changing moods and riffing in the songs — though, to be sure, some of them definitely will melt faces. 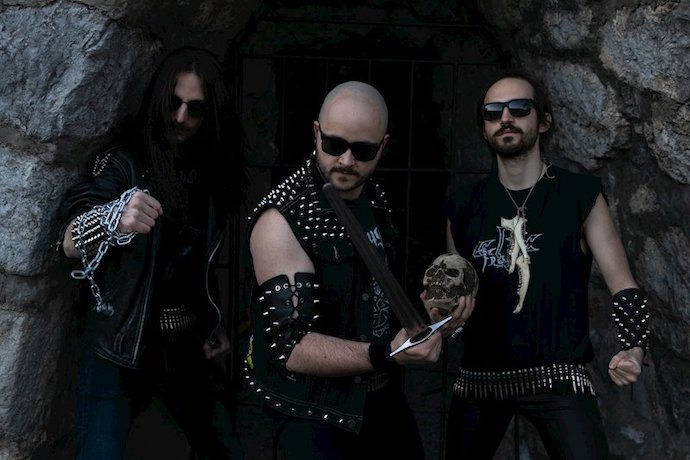 The riffs and leads continually seize attention, but you’ll soon realize how good the rhythm section is. The drumming isn’t fancy (nor should it have been), but it’s sharply executed, faithful in its homage to the punk roots of first wave black metal, and dependably gets its hooks in a listener’s reptile brain. Thanks to the cutting clarity of the production and the even-ness of the mix, you’ll also be able to focus on the impressive contributions of a gravel-throated bass, which gets its own moments in the spotlight and might be the unsung hero of these songs.

Last but certainly not least, the blasphemous vocals are as vicious and feral as you could want for music like this, presenting a scalding array of lycanthropic howls and blood-lusting screams, and leaving no doubt that this is indeed the devil’s music.

In a nutshell, the album is a blast to hear from beginning to end, from the highs of its glorious heavy metal anthems and savage romps to the chilling lows of its sinister and poisonous incantations. Every one of these songs could stand alone as a single — and you could put the album on shuffle and be very happy — but do yourself a favor and just set aside 42 1/2 minutes for the full album run.

Emanzipation Productions will release Cold Is The Grave in digital, LP, and CD formats, and they’re all available for pre-order now:

One Response to “AN NCS ALBUM PREMIERE: HELLSWORD — “COLD IS THE GRAVE””