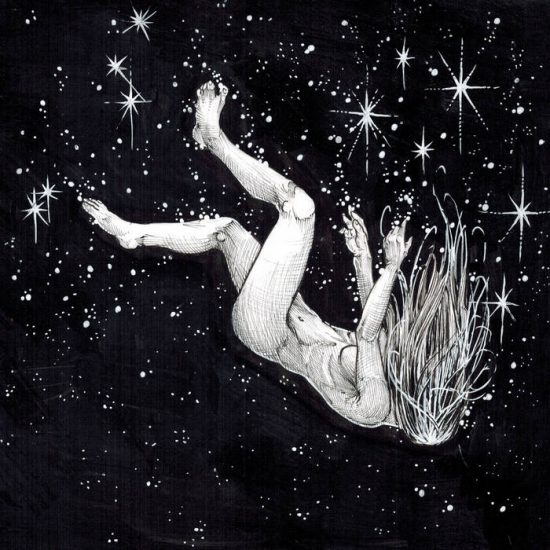 Fans of Chicago’s Vukari will want to pay special attention to the following album premiere on the day of its release. Entitled Próżnia, it’s the debut full-length by the atmospheric black metal band Bialywilk, which is the solo side project of leading Vukari member Marek Cimochowicz. For this album, he’s also aided by an impressive group of session musicians — drummer John Kerr (Marsh Dweller, Noltem, Seidr), bassist Spenser Morris (Vukari), and Adam Harris, who performs synths on “Próżnia I”.

The title of the album is a Polish word that refers to the void — to the vacuum of space. Although Próżnia is not a concept album, the songs do deal with space and celestial realms, as well as mysticism and philosophical subjects. As Marek has explained to us: “So, overall the inspiration is about space and the void, but how vast and humbling it could be to the human experience. We are all part of the universe in a way but our bodies and consciousness are just a blip in the grander scheme, and as bleak as that sounds I find it pretty relieving”.

As you will discover, the music fits the grand and momentous themes of the lyrics, creating panoramas of blazing splendor that channel moods of awe, fear, and loss, coupled with heart-pounding rhythmic propulsion and vocals of harrowing intensity — and a couple of gripping ambient excursions into the void of deep space. 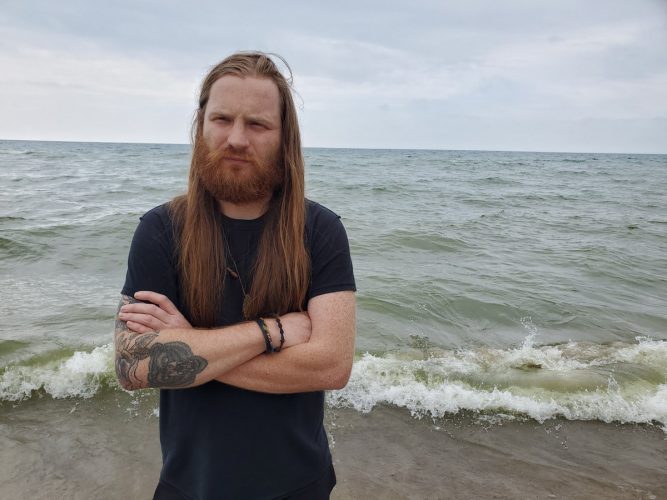 The album opens in stunning fashion with “Lachesis” (the name of one of the three Fates from Greek mythology, she who measures the threads of life and determined the destinies of new-borns). The song ferociously thunders and howls immediately, but overlays that full-throttle rampage with blazing waves of ominous yet splendorous synths, which become both heart-broken and beseeching in their mood. The music ultimately transforms into a monumental symphonic pageant of awe-inspiring tragic grandeur, but with hardly any relent in the explosive rhythmic engine that drives it.

That opening salvo reveals Bialywilk’s formidable capacity to pound the pulse and cause the heart to swell, while creating vast sonic panoramas that inspire feelings of awe, yet also channel very human emotions of turmoil and grief. That sense of wonder never disappears over the course of the five remaining tracks, nor do the dark moods, and the adrenaline-pumping performances of the session members remain a vital ingredient in the most overpowering tracks.

The sweeping melodies of “Our Shared Fear” do indeed portray fear, and a gloom that borders on hopelessness, and Marek’s howls are wrenching — but the vastness and majesty of the track’s immersive sounds and the visceral power and propulsiveness of the rhythms are still electrifying. Likewise, “Will and Representation” reveals sensations of heart-stricken sorrow, fervent hope, and grim determination through music of sky-high grandeur and serrated-edge vocals that are harrowing in their intensity.

In between those two tracks, “Próżnia I” creates a cinematic space-faring adventure, a spellbinding synth-led excursion into the void that reveals wondrous visions of celestial beauty in a setting that’s nevertheless cold and hostile.

The album closes with the full-throttle “Merkavah” and the ambient “Próżnia II“. The former is another nova-like experience that keeps the blood pumping and the mind swirling, somehow simultaneously melancholy and eye-popping in its all-encompassing fiery brilliance. The latter, like “Próżnia I”, takes us into the void of space again, but this time it’s a more frightening experience — cold, uncaring, and distant — and a woman’s unearthly and haunting voice speaks to us through that void.

Próżnia was mixed and mastered by Spenser Morris, and it features memorable album art by Nate Burns. It’s out today and available at Bandcamp: