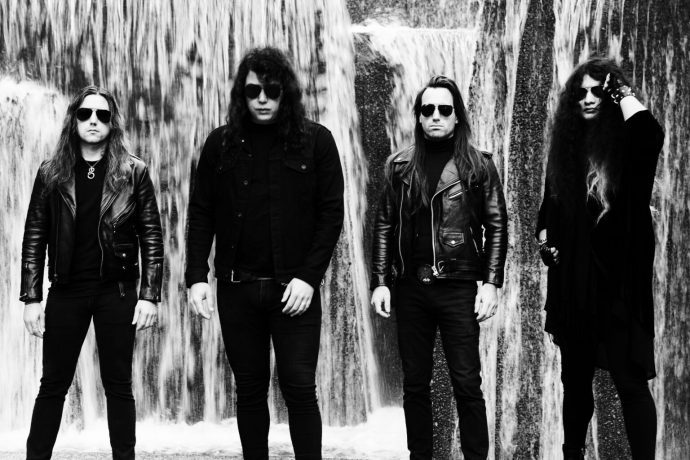 Join me as I take you through some unfettered heaviness and savagery that’s emerged in the past month and kept me sane as we descend into 2021’s final few months. This month, I’ve got two albums and three singles for you to delve into. 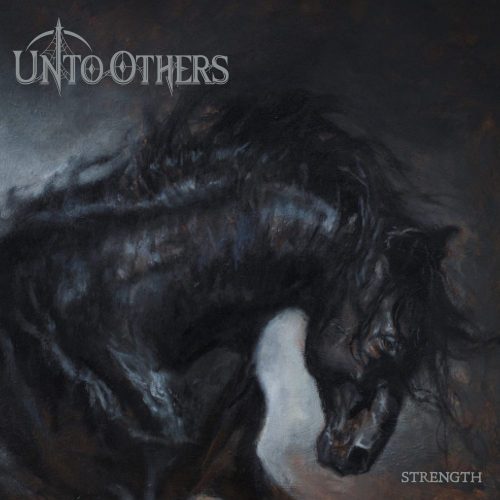 I know there’s been a lot of hype about this one, underscored by the band’s name change from Idle Hands during the height of the pandemic last year. I loved their debut album Mana and I, like many other intrigued listeners, was very curious as to what a sophomore album from the Portland dealers of darkness would deliver.

About 50 listens later, I can safely say I’m fucking hooked.

Strength comes ripping out of the gate with the ferociously infectious “Heroin,” which wastes no time going into the heaviest attack the band have recorded so far. Featuring chugging riffs and Gabriel Franco’s “I SWEAR TO GOD” howls, the song is short and sweet, and sets you up gloriously for what’s to come.

“Downtown,” “When Will God’s Work Be Done,” “No Children Laughing Now,” and “Destiny” all have more highlights than I can adequately list here, and it’s not until “Little Bird” that the album slows down a little. The cheese factor from Mana has also been dialed back a little, unless you count the tongue-in-cheek weirdness of the eagle’s cry in “Destiny,” which is quite the step back idealistically from “Dragon, Why Do You Cry?” from Mana.

But that’s not to say the album loses anything at all from that transition. In fact, the more refined approach shows Unto Others developing into the next phase of their evolution with flying colors. “Hell is for Children” is another absolutely stellar track, and it’s enough to keep me from wondering why the band has “children” in two different song titles on this album. It’s fine, everything’s fine.

Seriously though, give Strength a spin and just try not to get hooked. 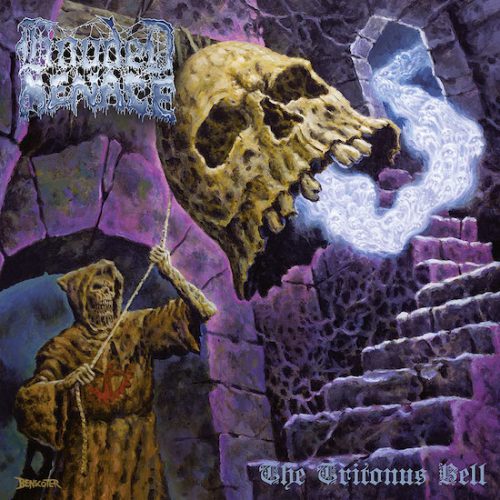 Melodic death-doom? You’re goddamned right. Finland’s Hooded Menace are back with an album that revels in carefully measured dynamics and melody while taking you down a nostalgic path that leads to some tales from a thousand lakes. Some of them you’ve read (heard?) before, and some you likely haven’t.

Yes, it’s true that The Tritonus Bell harkens back to a simpler time in their homeland when Amorphis changed the game with their early albums. It’s impossible to hear bruisers like “Those Who Absorb the Night” and not think about the first time you heard Tales from a Thousand Lakes, but that’s not to say Hooded Menace are phoning it in with a copycat album. Quite the opposite, actually. The death-doom backbone is most assuredly still intact with The Tritonus Bell, but these Finns have laid down a series of cavernous grooves and riffs that elevate the album into something that transcends their roots.

Opener “Chime Diabolica” is one of the strongest and most immediately identifiable songs the band have put out to date, with its aggressive chug storming out of the gate like a mythical forest beast stomping through thick snow. “Corpus Asunder” and “Scattered into Dark” continue that foray into frigid audial lands, much to the listener’s satisfaction.

Through and through, The Tritonus Bell is a cavernous labyrinth of brutality and exhilaration. It’s been out for over a month on Season of Mist records, and my procrastinating ass has finally found time to shove its praise into an end-of-month roundup. It’s one of the strongest albums of the year, and I have a hard time imagining a reality where I’m not talking about this album when it comes time for Listmania in December. 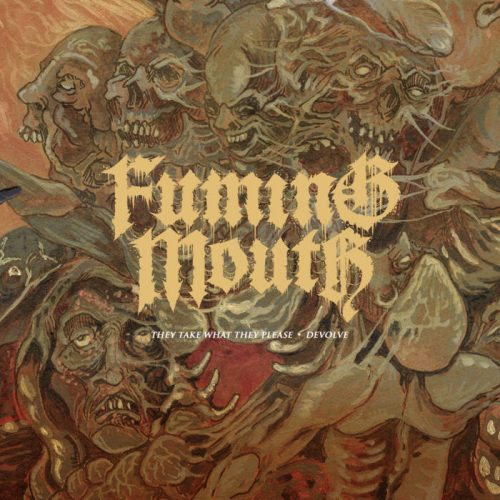 FUMING MOUTH: THEY TAKE WHAT THEY PLEASE // DEVOLVE (EP)

When vocalist Mark Whelan belts “THEY RAPE THE EARTH AND TAKE WHAT THEY PLEASE” on the first track of this EP, New England death metal/crust punk outfit Fuming Mouth struck a chord with me. This is the kind of rage I can channel all day.

I can’t say I’ve sat and listened to much of Fuming Mouth before this, save a few spins on Spotify playlists in years past, but this quick two-song explosion of angst, rage, and societal rejection has officially made me a fan.

Landing somewhere between Gatecreeper and latter-day Bolt Thrower, I think Fuming Mouth is the kind of band that’s probably set to blow up in the next couple of years if they play their cards the right way. I’ll be diving into some of the earlier work after I’m done here. 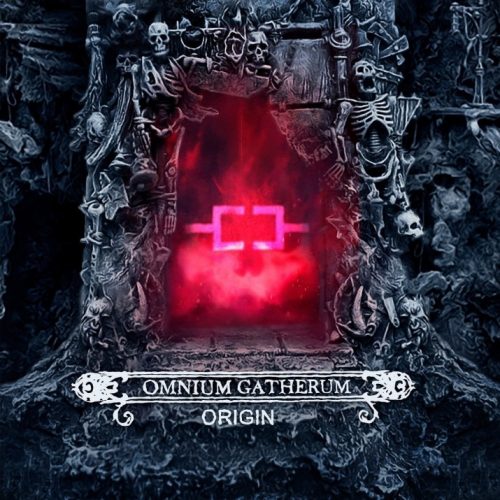 I’ve been waiting patiently for this one since 2018’s The Burning Cold. The Finnish melodeath masters have been a favorite of mine for the better part of the past decade, and for good reason. Much like their friends and fellow countrymen in Insomnium, OG have carved out a niche in heavy music for themselves as being a band that’s exceptionally skilled in writing songs that rip your heart out as you bang your head. The latest chapter “Reckoning” is a powerful, uplifting tune that sacrifices no heaviness for emotional bluster. Just like their previous single “Paragon,” “Reckoning” hits on familiar themes of loss, growth, and self-reflection.

I venture that a lot of this content came from the darkness of isolation that 2020 brought along with it. Vocalist Jukka Pelkonen’s gruff, guttural roars have taken shape into more of a baritone bark, and the change suits the band quite nicely. Markus Vanhala continues to shred out leads like he’s grating a log of havarti, and keyboardist Aapo Koivisto paints a dense landscape of atmosphere with every note.

“Reckoning” is taken from the band’s new album Origin, which gets released on Nov. 5. Don’t miss it. 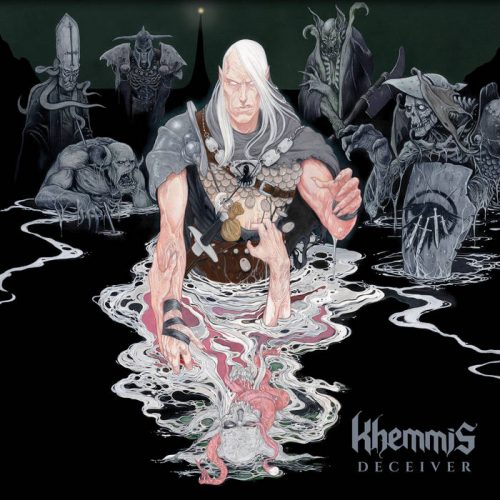 The newest single from Denver’s very own doom lords Khemmis makes me think that somehow, even with three fucking killer albums in the books already, their best days are still ahead of them.

Filled with darkly melodic leads atop Phil Pendergast’s emotive vocals (and Ben Hutcherson’s paint-peeling screams), “Living Pyre” is the first new music we’ve heard from the band since 2018’s excellent Desolation. The song showcases everything the band does so well, oscillating between Black Sabbath-inspired doomy passages and heavier death metal influences. Right at the two-minute mark, one would almost be forgiven for thinking they were listening to a new song from Glacial Tomb, Hutcherson’s other project that put on a hell of a set at this year’s Psycho Fest in Vegas.

Deceiver is set for a Nov. 5 release date, and between this and the new Omnium, that’s gonna be a good day.