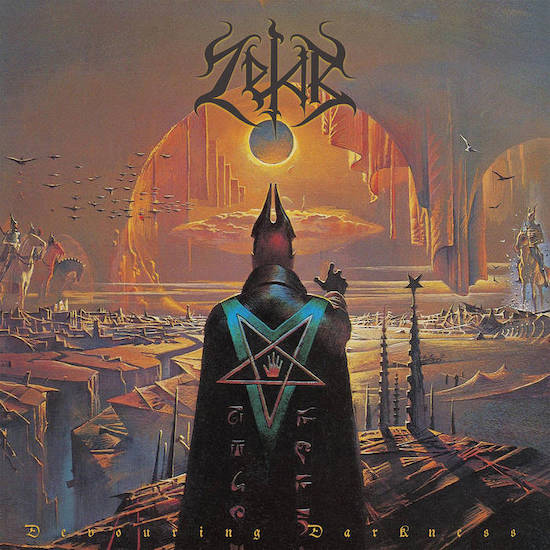 “The Lights of Zetar” was the 18th episode in the third season of Star Trek, originally broadcast in January 1969. It clearly made an impact on R.G., the central Texas musician who chose Zetar as the name of the metal project he created in 2019, choosing to carry forward (as he has written) “the name of a planet of telepaths who’d transcended into a roaming mass of pure psychic energy to curtail their own meteoric extinction”.

Sci-fi inspirations have also carried forward into the band’s striking debut album, Devouring Darkness, for which R.G. enlisted the aid of French vocalist T.P. and Ecuadoran drummer David Lanas to help realize his vision for Zetar. And it is indeed an arresting vision, both thematically and in the unusual and unpredictable amalgam of influences which make their way into the music, including ’90s death metal, synth-laden and thrashing black metal, and classic science fiction scores.

Today we invite you to experience those visions of horror and wonder through our complete premiere stream of Devouring Darkness in advance of its October 15 release by Spirit Coffin Publishing. 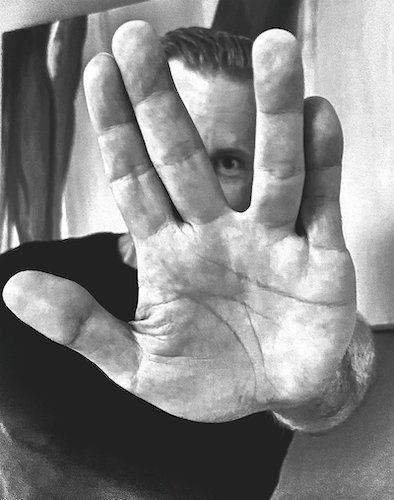 Zetar set the stage with the title track, an eerie and ominous ambient piece that transforms into an outburst of jolting chords, explosive drumming, and shrill searing tonal waves

The drumming remains an electrifying aspect of the album throughout, and so does the alien eeriness of the music. The riffing in “Return to Talos IV (The Cage)” creates a sense of mounting tension and frightening hostility, and the strangled, snarling and screaming vocals are every bit as frightening. That same song also reveals the dynamism of Zetar’s compositional approach, as it explodes in crazed, exultant fretwork frenzies and stalks like a looming monster that radiates a miasma of poisonous light.

“Demons of Darkness and Air” boils and blazes, rises in terrible grandeur, seethes in unnerving spasms, and explodes in chaos, while revealing further dimensions of voracious vocal madness through massed howls and gruesome roars, while grim fretwork blizzards co-exist with scintillating guitar solos, infiltrations of slithering and sinuous melody, and riotous drum acrobatics in “Portal Six-Three”.

Zetar use synths and other sound effects to enhance the fearsome off-planet atmosphere of the music, including at the outset of the deeply menacing and ferociously maniacal “Lights of Zetar” (where the vocals and the soloing somehow seem even more insane than before). The lights-out drumming is as electrifying as ever in the dismal and demented “Landru”, which also benefits from accents of exotic, Eastern-flavored melody and highly-headbangable riffing flourishes.

Zetar use the relatively brief but nonetheless harrowing synth composition “Orbital Decay” to put a chill on the listener’s skin before ending the album with “Ardra (Great Deceiver)”, which begins with a fantastic extended drum solo backed by waves of sinister and haunting chords. A “slow build”, it becomes increasingly calamitous, like a conjunction of fear and pain, imperious savagery and lethal sorcery. It wouldn’t be off-base to call the song majestic too — but it’s an unmistakably terrifying kind of majesty that becomes manifest through the shrill and soaring guitars.

Devouring Darkness was mixed and mastered by Nekkomix, and the striking cover art was made by Bruce Pennington. Spirit Coffin will release the album on CD, vinyl LP, and cassette tape formats. For more info, check the links below.

3 Responses to “AN NCS ALBUM PREMIERE (AND A REVIEW): ZETAR — “DEVOURING DARKNESS””