After Christian missionaries arrived in Ireland they eventually did what they did all over the world — they attempted to co-opt existing pagan traditions for their own purposes, to aid in converting the “heathens”. 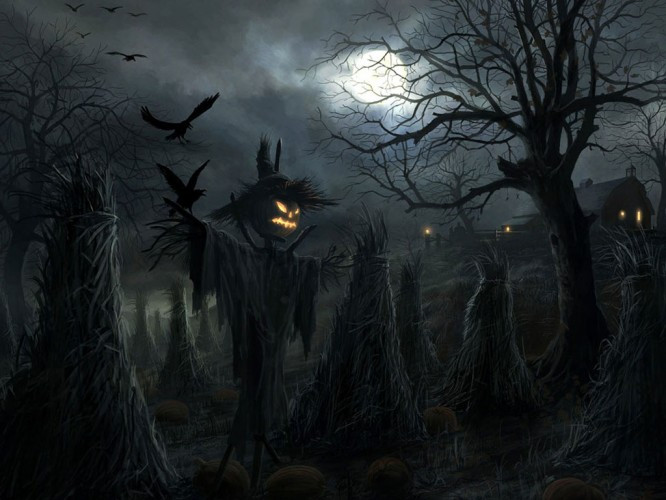 “So first, around the 8th century, they moved the Catholic holiday of All Saints Day, originally observed on May 13, to Nov. 1. For the Irish Celts, a new day started at sundown, meaning the evening of Oct. 31. ‘Hallow’ is an old word for holy, and ‘All Hallows Eve’ eventually morphed into the word Halloween. This first attempt was not very successful, so the church also moved All Souls Day, another observance of the dead, to November 2, around the 11th century.”

“All Saints Day and All Souls Day expanded across the Celtic Catholic world, including to Scotland and England”, but “as Halloween spread, the macabre aspects of Samhain stayed embedded in it”. And of course it arrived in the U.S. in the 1840s “with the wave of Irish immigrants pushed out of their home country by the Great Famine”. And from the immigrant Irish, as reviled as they first were in their new land, the tradition steadily spread.

Well, enough history, I should probably move on to the music — all of which comes from new releases by bands we’ve covered here in the past. 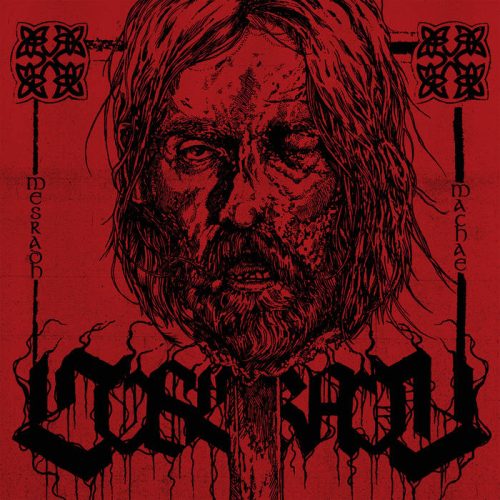 Given the history sketched above, I felt a compulsion to begin with some kind of blackened Irish extremity. There are of course many choices, but I chose Coscradh because of a recent announcement I saw on their Facebook page that they have completed their full-length and have sent to press, for release next year. (Be afraid, be very afraid….)

Their most recent release is a two-song demo that surfaced via Invictus Productions last May. Its title, Mesradh Machae, is reportedly an old Gaelic term for ‘Heads of the men who have been slaughtered’. In addition to the title track, the demo includes “Plagues of Knowth“, an early version of a song that will be on that first full-length. According to the band, “It’s an account of what could possibly have been one of the first plagues to hit the land.”

If you’ve read anything about Coscradh‘s music then you know that words like “hideous” and “horrific” pop up a lot. If you’ve listened to their maniacal formulation of blackened death metal, those same words may have occurred to you, perhaps along with “twisted” and “terrorizing”. All those adjectives are completely suitable to the ferociously clobbering drums, the freakishly roiling and slashing riffage, the macabre soloing, and the rabid howls and screams discharged by their latest demo.

Thanks to their full-throttle violence and their crazed contortions, both songs are exhilarating. If you want to get your mind right to be wild in celebrating Samhain, this will help. 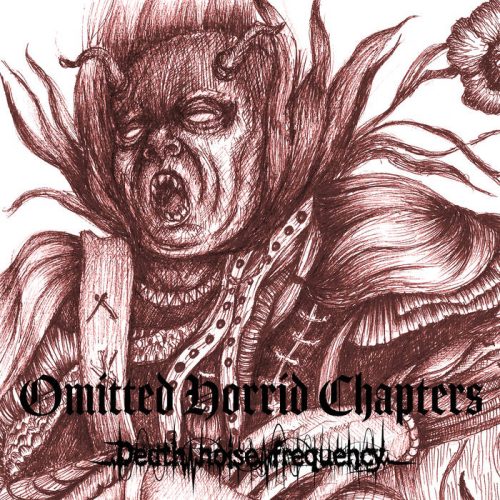 I chose another two-track offering to follow the one from Coscradh. In its sounds, Omitted Horrid Chapters also seems perfect for Samhain, even though the music originates with a duo in Jeddah, Saudi Arabia.

“The Beast’s Lamenting Dirge” does proceed like a stalking dirge, but the steady procession of the drums and bass is surrounded by a screaming collage of extremely eerie and hopeless noise and by vocals that become intensely unnerving in their howling wretchedness. The combination of sounds is unearthly and deeply chilling, like a veil to another frightening world has indeed been parted.

The second song, “The Children’s Lamenting Dirge“, has a similar stalking pace, and is also bizarre in its atmosphere, yet is also strangely seductive. Whistling and wittering tones seem like ghosts and evil sprites at play, beckoning us to join with them, though we won’t be coming back. The music soars and sears, wails and chimes, fashioning a psychotic hallucination. Be sure to listen to this one in a lightless place….

Omitted Horrid Chapters was just released today. It is described by the band as “a re-imagining EP for the song ‘The Mortician’s Lamenting Dirge‘, which first appeared on their 2020 EP Horrid Dirge. 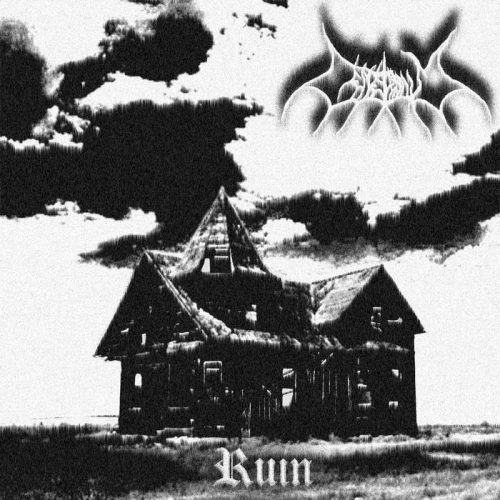 I confess that I was drawn to this next album, which was released on October 25th, as a candidate for today’s column based on the cover image. And then once I got into it, my instincts were confirmed.

The album, entitled Ruin, deserves a more detailed review than I have time to give it today, so these brief impressions will have to do. Fortunately, you can listen to all of it and form your own.

Ruin could be thought of as a disturbing kind of avant-garde sonic sorcery. In its faster phases, all the moving parts of the music are in constant motion, with rapidly changing drum patterns and layered guitar motifs that are just as unpredictable. The elaborate convolutions in the riffing are often discordant, creating moods of madness, mayhem, and abject misery. The guitars generate sounds of quivering lunacy, flickering feverishness, swarming violence, and blaring dementia, backed by shrieking poltergeist vocals. The suitably prominent bass lines are equally mercurial and captivating.

But the songs also pound and punish, and they drag the mood into feelings of morbid oppressiveness, choking suffocation, unheeded supplication, and unfathomable yet entrancing mystery. The band also make effective use of celestial synths to generate an aura of the supernatural, both ice-cold and rising in demonstrations of diabolical grandeur.

The entire experience is so ingenious, so multi-faceted and intricate, and so surprising that it’s transfixing — in addition to being scary as hell. Easily one of the most fascinating full-lengths I’ve heard this year — and a great audio drug for a Samhain night. 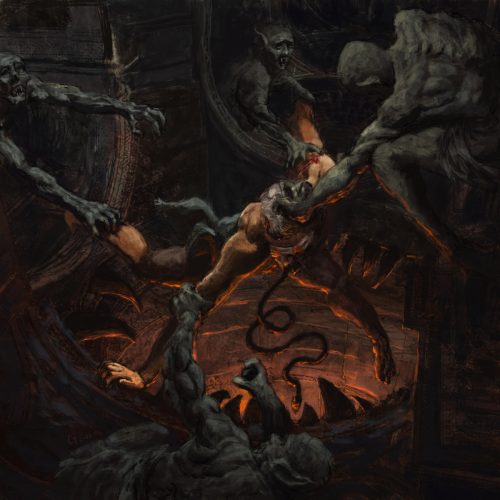 I decided to include this next song and video, even though the music leans more heavily into death metal, because it again seemed so fitting for Samhain. The ringing opening riff, which surfaces again later in the song, is unmistakably supernatural, and as it cycles over a pile-driving, rock-crushing bass and skull-snapping drum bursts, it worms ever deeper into the listener’s head.

From there the music becomes frightening in a different way, as the riffing turns into a skittering and whining display of madness, coupled with gargantuan growls and blistering drum munitions, segmented by moments of dismal, soul-sucking chord pulsations and cauterizing screams. Lots of thrills and chills here, and the video is really well-done too.

“Heretic Ascension” is the first single from this trio’s sophomore album Portals to Oblivion, which will be out via Neckbreaker Records on December 17th. It’s available for pre-order now. The terrific cover art is by Khaos Diktator Design.