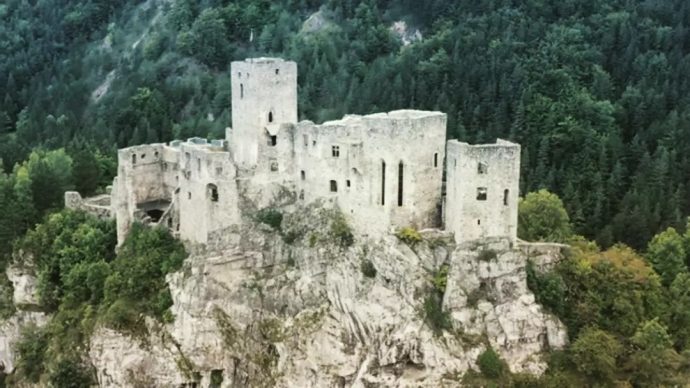 I guess Besna couldn’t find a barren warehouse for their live video for “Fúga“, so they had to make do with the ramparts of an ancient castle called Strečno in northern Slovakia, perched atop a 103-metre-high calcite cliff (it was also the location of a World War II battle between the German army and the Czechoslovak resistance).

It’s quite a striking setting, and I was struck by the song as well, which can be classified as elaborate, progressively-inclined post-black metal. At times moody and meandering, and at others scathing in its intensity, the entire experience is an engrossing one. Gripping vocals too.

The song comes from a split session with the German band Abyss, with both bands presenting their live session sets recorded in out-of-the-ordinary places in a worldwide premiere on November 7th. Both bands also joined forces in a split EP that was released last year (links below). 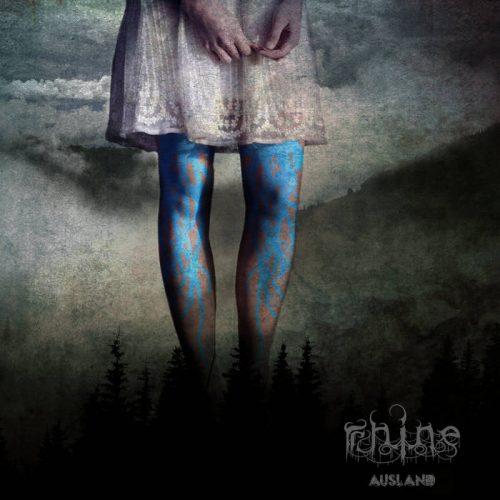 In April 2017 at Seattle’s tiny Funhouse venue I witnessed among the earliest live performances by two Seattles bands, Rhine and Rat King (along with my first exposure to a live performance by Arizona’s Lago). I wrote about the show here, and have been following all three bands ever since. Both Rhine and Rat King subsequently joined forces in a 2017 split, and both are now on the roster of the same label. And so, when both bands released new songs last week it seemed like a natural fit to include them here today.

“Running Away” is the latest single from Rhine’s new album, and it’s a long and quite multi-faceted experience — and a thoroughly fascinating one. I’m especially captivated by the swirling, sparkling melody that begins in the sixth minute — and the howling, jolting savagery that follows it. No more easily pigeon-holed than much of their other music, it generally could be included under the rubric of progressive death metal. The new album is named Ausland, and it’s set for release by Within the Mind Records on November 12th. 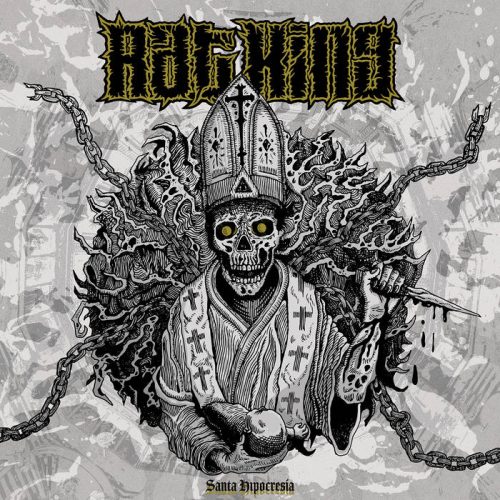 As described above in the blurb on Rhine, it was a natural choice to follow their track was this new song by Rat King — which is a mauler, a bone-snapper, and a meat-grinder. It doesn’t last long, but long enough for this blast of death/grind to bust you up and begin digesting the remains.

“False Prophet“, which comes with a video, is from a new Rat King EP named Santa Hipocresía, out on December 10th via Within The Mind Records. It’s recommended for fans of Napalm Death, Hypocrisy, Nasum, Morbid Angel, and Sepultura. 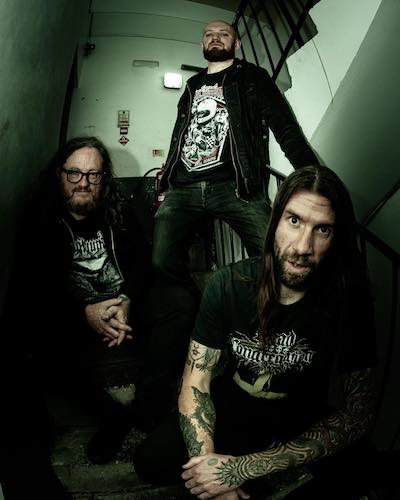 Now we come to the first of the Halloween-themed videos I mentioned at the outset. “Paincantation” is from 2018’s Existential Void Guardian. Don’t blink or you’ll miss it, and you definitely don’t want to miss the video (or the song). 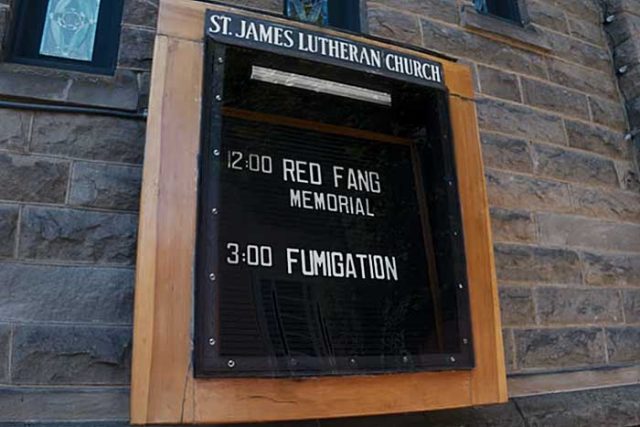 This is Red Fang, and so of course the video will generate chuckles, even though it depicts the band’s (premature) funeral. “Rabbits In Hives” is from Red Fang‘s latest album Arrows, which has been out since June. Guest eulogists and mourners in the video include members of High on Fire, Yob, Ils, Gaytheist, Lord Dying, and Danger Ehren. 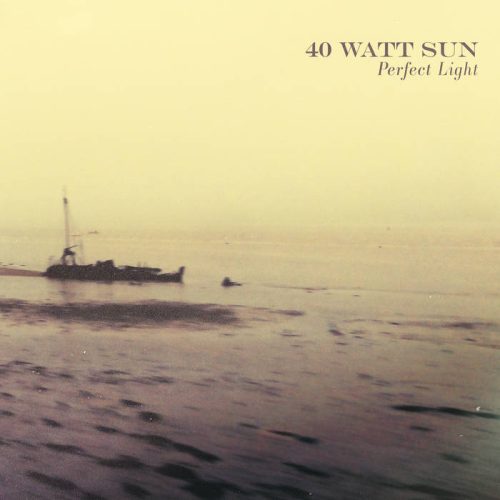 The song I chose to close is the kind of curveball I sometimes enjoy throwing at the end of these round-ups. It doesn’t sound entirely like the 40 Watt Sun that made the band a subject of intense devotion beginning a decade ago, but it’s still spellbinding. We don’t all live by metal alone, do we?