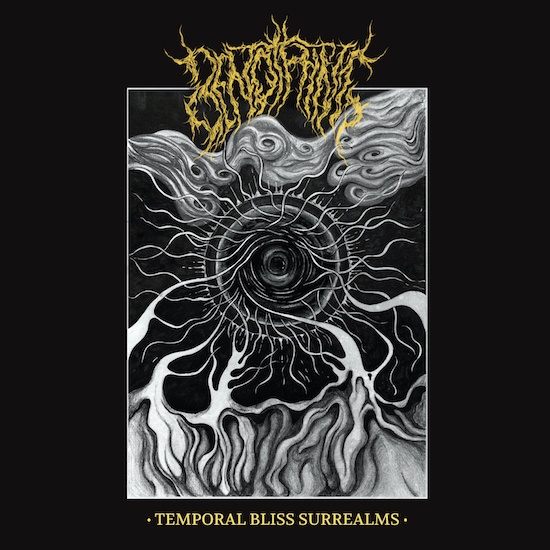 Today we are helping to introduce the debut EP Temporal Bliss Surrealms by the Finnish death metal band Benothing, which is set for release on November 26th by Everlasting Spew Records. It is a truly eye-opening four-song collection, in part because it has an authentically savage and sinister old-school flavor, but even more so because of how unpredictably kaleidoscopic the music is.

As you’ll discover from the EP track we’re premiering today — “Absurd Malignancy Within (Sapiens Apoptosis)” — Benothing are formidable in their ability to discharge a barbaric barrage of sound with feral hostility, but aren’t content to do only that.

The music also changes rapidly, all the performers are adept at adding surprising permutations, and all the electrifying and elaborate dynamism makes the song (like the EP as a whole) really stand out. As the EP title suggests, it becomes surreal as well as evil. 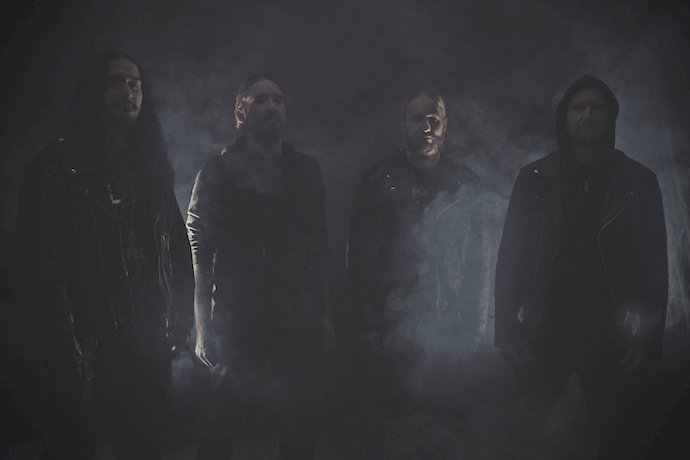 It’s the bass, with a tone rougher than mountain crags, that takes the lead in introducing the song, along with the rumble and pop of the drums and eerie and increasingly brazen guitar radiations. Vocalist A.G‘s raw, ragged, high-toned howls (reminiscent of Martin Van Drunen) add to the feeling of swelling mayhem — which boils over in a paroxysm of blasting drums and wild riff-seizures, creating a superheated sound that viciously roils and writhes.

The drumming gallops, spits bullets, and hammers as the guitars further twist and turn and the vocals ascend to further heights of malicious madness. Bizarre quivering melodies and freakish soloing come to the fore in ecstatic fashion, along with prominent bass maneuvers and continually changing percussive patterns, keeping the adrenaline charge of the music, and its rapidly morphing fascinations, at a high level.

Benothing recorded all four tracks on their EP live at their rehearsal studio, and it was mixed and mastered by drummer VV, and completed with logo and cover art by guitarist K.T — so this really is a 100% DIY effort.

Everlasting Spew will release the EP on CD, cassette tape, and digital formats on November 26th, and a vinyl edition will be coming out next year. It comes recommended for fans of Horrendous, Morbus Chron, Bedsore, and Obliteration.

Check out the links below, and be sure to also experience the previously released single “State of Surreal Bliss“.