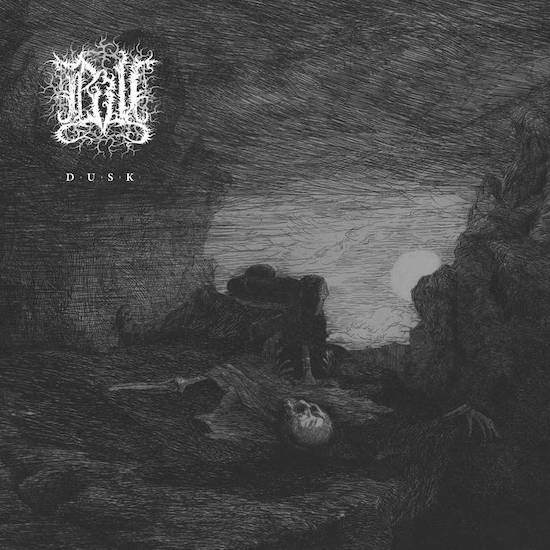 Dusk is the third full-length of the Costa Rican depressive black metal band Black Whispers, which began as a solo project in 2013 and is now a full band that has made live performances.

The album represents an evolution in style. While it could still be considered a work of DSBM, it reflects avant-garde and experimental ingredients within a framework of raw black metal, and the results are captivating — as you will discover for yourselves through our premiere of a new album track named “Weighing Fade Away” in advance of the record’s November 28 release. 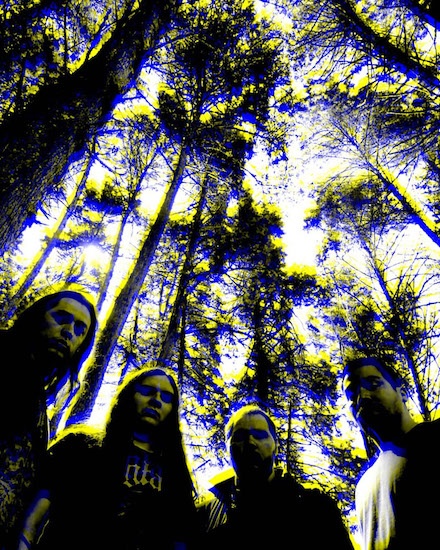 This new song seizes attention immediately with its contagious vibrancy, thanks to a spray of vivid, glittering guitars, fast, pulse-pumping drums, and animated bass notes. Scalding screams introduce an ingredient of wretched torment and connect it to its DSBM antecedents.

But as the song proceeds, it changes. The almost exultant feeling that charges through the opening begins to fall into more distressing moods, albeit with ringing chords that are no less gripping. The shrieking vocals are replaced by grim, solemn chants and deep spoken words, surrounded by dire guitar harmonies and double-bass propulsion.

The snare drum relentlessly cracks its whip against the listener’s neck until the drums fall silent for a time, providing space for a shimmering mist of sound, and terrorizing vocal intensity. When the drums return, the music seems to blare in anguish, like a siren.

Dusk will be co-released by GrimmDistribution with The End Of Time Records and More Hate Productions. They describe it as “a compositionally diverse and experimental album… a journey into the darkness and the harder feelings of the human condition”, and recommend it for fans of YGG, ULVEGR, MGLA, DRUDKH, KHORS, HORNA, and CULT OF FIRE.

Check the links below for pre-order info, and then also give a listen to the previously released track “Castle of Selfdestruction“.